Pat Boone was the smooth singing clean cut all American boy who stormed the charts in the 1950's with only the legendary Elvis Presley selling more records than Boone.

While Elvis lorded it as The King of rock and roll Boone has often been cited as the midwife who sang great songs that could not otherwise get airplay due to the racial divide in 1950's America.

Boone famously recorded Fats Domino's "Ain't That a Shame" and Little Richard's "Tutti Frutti" amongst many others and made them hits which gave money to Boone but just as important was the credence given to the original black American artists who were starting to emerge in their own right.

The 1960's saw Boone's music take a more religious turn which suited his conservative stance on most things in life. He was a wholesome character who advertisers trusted and this earned him many lucrative contracts including being the face of that all American car the Chevrolet.

He may have been a safe choice with a wholesome character but he was still good for a one liner, so this is my compilation of 14 of the best Pat Boone quotes

President Ronald Reagan was impressed to say: "You have given most of your life to other people.... 1000's of people have been helped and bettered, truly this is the real music that you have given to the world"

Little Richard, although initially angry with Boone for covering his music, later realised the opportunity it created: "By them being white, they made the door bigger for me"

Dean Martin once said in jest: "I once shook hands with Pat Boone and my whole right side sobered up"

Frank Sinatra once quipped: "Milk is bad for you. Ask Pat Boone" 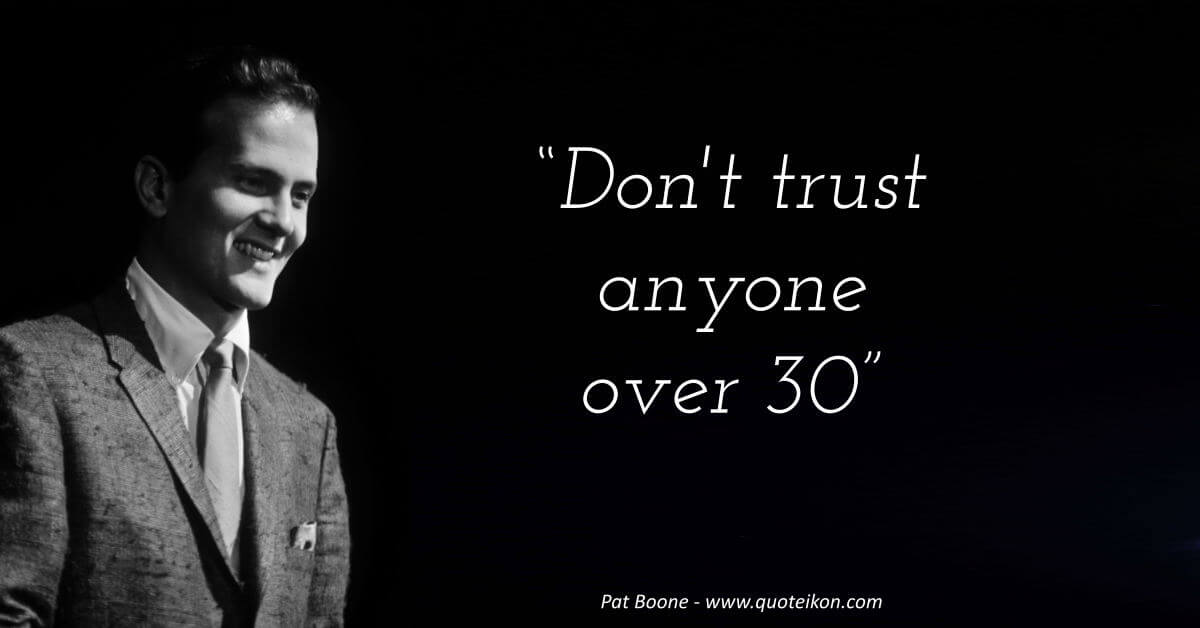