Liberace was a preening peacock of piano showmanship who was the proud owner of the most flamboyant wardrobe in entertainment history as he dazzled his way through the ballrooms of Las Vegas Boulevard and beyond with his flair for keyboard kitsch and outrageous ostentation.

Coming from a musical family, he was a child prodigy who could play piano by ear by the time he was four years old, so it was no surprise he later earned a scholarship to the Wisconsin College of Music that gave him a platform to be noticed by the Chicago Symphony Orchestra which gave him the position of piano soloist. The critics gave good reviews but there was an uneasiness within Liberace about following a career as a concert pianist, he found the formality of the classical concert routine to be creatively stifling and found the concept to be uninspiring as he yearned for audience interaction and above all adulation.

Deep inside Liberace had the heart of a showman, so he headed for New York and played bars, clubs and and hotels, it was a tough time for the ambitious pianist but he stayed true to his dream and persisted in honing his act. He found inspiration watching Hildegarde who was a cabaret singer and musician and Liberace was quoted as saying: "Hildegarde was perhaps the most famous supper-club entertainer who ever lived. I used to absorb all the things she was doing, all the showmanship she created. It was marvelous to watch her, wearing elegant gowns, surrounded with roses and playing with white gloves on. They used to literally roll out the red carpet for her". Hildegarde was also credited with influencing Liberace to use a one word stage name and introduce light hearted self-mockery into his act.

Eventually bigger doors started to open in 1944 and Las Vegas was beckoning as Maxine Lewis, who was the head of entertainment at the Hotel Last Frontier offered him a contract at $750 per week, after a couple of days Ms Lewis ripped up that contract and doubled his money up to $1,500 as the audiences went wild with his boogie-woogie on stage offering.

He was also inspired by the movie "A Song to Remember" (1945) that was a biopic about the Polish composer Frederic Chopin who played with a candelabrum on top of his piano, Liberace was so moved by this image that all his performances thereafter came complete with his own candelabra taking pride of place sitting like a tiara atop his stage piano. As his fame grew Liberace seized the chance to buy a piano that was previously owned by Chopin, eventually he owned 17 pianos including one previously owned by George Gershwin.

After a 1947 performance at the Frontier Liberace had an encounter with the seedier side of Las Vegas as the casino owning mobster Bugsy Siegel made him an offer to play at the newly opened Flamingo Hotel & Casino, Liberace was unnerved at the prospect of ditching his current employer who had been good to him, or run the risk of upsetting the mob and have his piano pinkies broken, or worse still end up in a shallow grave in the Nevada desert. Luckily for him, but not Bugsy, the decision was taken out of his hands when Siegel died, soon after their meeting, under a hail of bullets at his girlfriend’s Beverly Hills home.

It was in the 1950's that Liberace's career soared as he became a multi millionaire on the back of his own TV show that was filmed before a live audience and syndicated across the television networks of America. Called The Liberace Show, it ran for four years from 1952 until 1956 and at its peak he received in excess of 10,000 fan letters each week.

The rest of his career was filled with TV shows, concert tours and headline act in Las Vegas, as time went on his shows got ever more outrageous as Liberace became a byword for glorious excess, his look influenced the wardrobes of Elvis Presley and Elton John whilst his opulent showmanship became legendary in sin city. His final stage performance was a sell out at New York’s Radio City Music Hall in November 1986, following this his last public engagement was on the Oprah Winfrey Christmas day special in the same year.

Larger than life on stage, he kept up the appearance off stage also as his one liners always added to his image that also provided a wealth of quips that assisted in my compilation of 28 of the best Liberace quotes.

The biographer Bob Thomas shared this comparison with the king of rock 'n' roll: "Liberace was almost childlike in his gift-giving. He adored watching the faces of those to whom he gave outrageously lavish presents. He was not like Elvis Presley, who reportedly would hand over a ring to a fan on impulse. All of Liberace’s gifts were well thought out, and given to people he thought deserved them"

Frank Sinatra was impressed to say: "That he was a consummate artist is not really as important as my telling you he was one of the finest human beings I’ve ever known"

In 1947, when Liberace was playing at the Hotel Last Frontier, Bugsy Siegel made him an offer he shouldn't refuse: "A classy act like you should be playing the Flamingo, not this cheesy dump"

Shirley MacLaine paid him this tribute: "Lee was the nicest person in show business"

Michael Douglas shared this anecdote: "I met him once in passing. My father had a weekend house in Palm Springs and I remember driving out and we came to this cross-section and this Rolls-Royce convertible pulled up alongside. It was a sunny day and, my God, the reflections were bouncing off his gold jewellery and diamond rings and his hair was perfectly coiffed"

The author Darden Asbury Pyron spoke of his iconic status: "Liberace was the first gay person Elton John had ever seen on television; he became his hero"

The columnist William Connor gave this colourful description that saw his newspaper the Daily Mirror sued for libel: "the summit of sex—the pinnacle of masculine, feminine and neuter. Everything that he, she and it can ever want… a deadly, winking, sniggering, snuggling, chromium-plated, scent-impregnated, luminous, quivering, giggling, fruit-flavoured, mincing, ice-covered heap of mother love"

The actress Phyllis Diller gave this assessment: "There isn't anyone who is as flamboyant and as showbiz. He took it to a higher level. He was like a one-man musical circus" 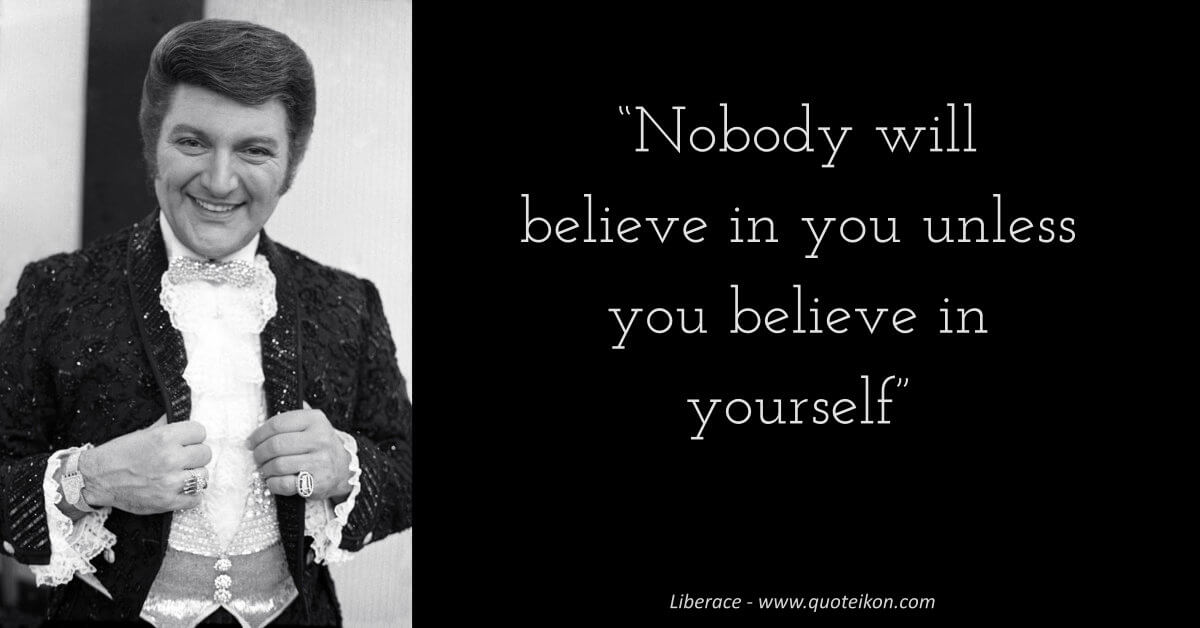