Orson Welles had an odd career whereby his talent did not for many years receive the credit it so thoroughly deserved. He was a gifted man with great vision and imagination and this gave him many early successes in the theatre and somewhat notoriously on the radio.

His 1938 adaption for radio of H.G Wells War Of The Worlds was taken quite literally by many listeners who were panicked into thinking Martians were invading earth.

The next most natural step was onto the silver screen and his debut movie was Citizen Kane. However there was a concerted campaign by the studio system to blackball the movie because Welles resisted giving control to the industry elite and wanted to shoot his movie the way he saw fit. The result was Citizen Kane lost money at the box office and it would be many years until the movie was given the recognition it really deserved.

Welles introduced a raft of new lighting and sound techniques while filming Citizen Kane that were years ahead of their time. It is somewhat ironic that by the time Citizen Kane started to receive the acclamation it deserved that Welles had already many more box office failures and now Citizen Kane is regarded by many as one of the greatest movies of all time.

The 1940's was a roller coaster for Orson Welles from Citizen Kane to his battles with the studio system and the in his personal life he married Rita Hayworth in 1943 and by 1947 they were divorced. Before the end of the decade Welles had a brief affair with a young hopeful called Marilyn Monroe whom he tried to promote to the Hollywood producer Darryl Zanuck but he was not interested as he stated: "She’s just another stock player. We’ve got a hundred of them". It was an ironical meeting as withing a couple of years he was paying her $100,000's to star in his movies

Oh what opportunities could have been if Hollywood had been more receptive to change in the early 1940's. With such a talent for writing, directing and producing it's not surprising he came out with some classic one liners also, so this is my compilation of the 20 of best Orson Welles quotes.

His second wife the actress Rita Hayworth described him thus: "He’s fiery, unpredictable, cursed with the mark of genius.... I can't take his genius any more"

The director John Huston said this about the success of his epic movie 'Citizen Kane' which the industry vehemently opposed: "Orson had the arrogance and downright insolence to have made the movie a great success. It was enormously popular. Right off the bat, in other words, he violated two cardinal rules. First, you’re not supposed to go against the establishment. And if you do go against the establishment, you're supposed to suffer"

In 1937 Ernest Hemingway had a legendary run in with Welles that ended up in a fist fight after Hemingway snapped at him: "Some damn faggot who runs an art theatre thinks he can tell me how to write narration"

Errol Flynn wrote this in his diary while filming 'Cross Swords' in 1954: "The other day I saw Orson Welles: fat & bloated as Nero with no fiddle at his hedonistic best, but seemingly enchanted with himself. Possibly a front, this, but forthright enough. Intelligent, aggressive and no servant of bromides in life. He seems to me that fairly ambitious paradox, not at all uncommon: a man of large, perhaps great ability, able to dominate others, who is at the same time quite a bit of a fool"

Joan Fontaine was slightly in awe: "Everything about him is oversize, including his ego. He’s larger than life. I think he is much better combining directing and acting, because he wants control. And he’s right; he’s a genius" 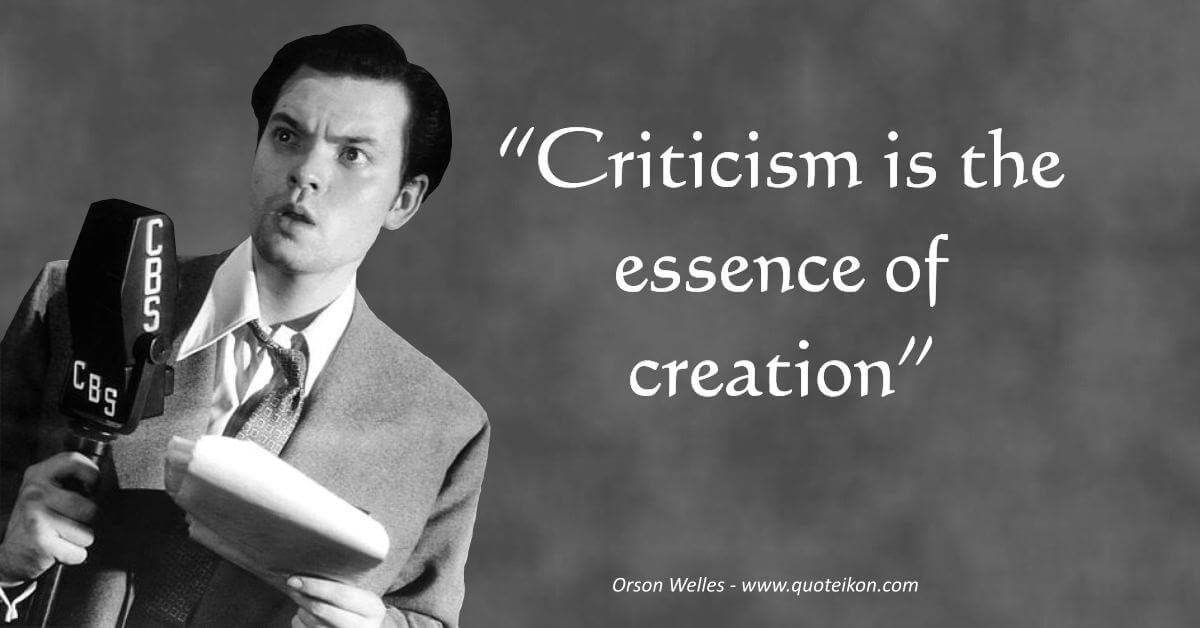