Legends aren't born, they are forged in the fire of fate. This was one such man, a bard billed as the father of the Beat Generation. The world-weary wordsmith who burst the buttoned-down bubble of 1950's lame literary lustre with a streetwise spontaneity borne of drink, drugs, drifting and debauchery. His name was Jack Kerouac and he wielded a thought provoking pen with a panache for plainspoken prose.

The tale of Jack Kerouac becoming a cultural sensation was no overnight success story. He started writing in the 1940's, made it in the 1950's before inspiring the 1960's. The San Francisco renaissance and counter-culture movement's were in his awe whilst the hippies and Rock-n-Roller's paid homage to his far reaching influence.

1950's America saw the emergence of a youth culture looking for change and discovered the antithesis of traditional values. Kerouc was a rebel icon of words, Presley the pelvis pumper of stage and song whilst Dean and Brando added a subversive snarl to the silver screen. These idols were named and famed to culture shock a western world that would never be the same again.

It was his 1957 novel "On The Road" that turned Jack Kerouac into an overnight sensation after years of hard-headed composition. A New York Times journalist jumped from the accepted literary norm with a scintillating review that recognised a fresh approach to the written form.

Jack's style of writing followed his mantra of "first-thought = best thought" and he put this spontaneous writing style into practice in many of his books including On the Road, Big Sur and The Subterraneans.

Legend has it that On The Road was written in three weeks using a continuous sheet of paper fed into his typewriter to avoid unnecessary paper changes that might interrupt the rhythm of his flowing mind. Jack Kerouac once quoted his technique as: "The secret of writing is in the rhythm of urgency". Indeed, sustained spontaneity of mind to word was key to keeping his literary focus.

Sometimes Success Is A Curse

Back in the day, there was an undercurrent of literary snobbery where the Kerouac crowd were never accepted as acclaimed writers. Despite a begrudging sense of literary recognition for various successes, the critical knives never missed an opportunity to slice away at the brilliance of the Beats.

The Beat Generation of Jack Kerouac and Co garnered a reputation for notoriety regarding their questionable lifestyles. His friend Allen Ginsberg was dragged through the hot coals of controversy with the publication of his poem "Howl". The publishers ended up in court facing accusations of distributing obscene literature. Jack also had a few brushes with the law including the two nights spent in lock-up for insignificant involvement in a murder.

Then there was the seemingly widespread penchant for the sex and drugs and alcohol lifestyle that gained few admirers in conservative America. The ordinary man living such a lifestyle goes under the radar of media focus. However, success becomes a curse when the lens of scrutiny is bearing down on your every move.

Critics relished the opportunity to put down the writer from the other side of the tracks. Jack Kerouac would find his success both a boon and a burden. Yes, he did see publishers hastily review and publish his previously rejected manuscripts, but mainstream acceptance was a tougher nut to crack.

Jack Kerouac grew up through the years of prohibition and depression. He came of age as the guns of WWII were echoing around the world. He had a hollow feeling inside. Jack felt there was more to the world than the aspirations of the American dream. He rejected the rat race to pursue a feeling of being alive in a world of consumerist temptation chained to the treadmill of ambition.

How To Feel Free In The Land Of The Free?

Jack yearned to see what was beyond the horizon of hope that imprisoned people to the illusion of prosperity projected in city life. He never felt free in the land of the free. He needed to experience this on his terms. Kerouac became a drifter and wrote about his experiences.

He hit the road in the company of like-minded rover's such as Neal Cassady. These nomadic trips across North America became the inspiration for On The Road. The destinations were written into literary lore. The romance of the road to Chicago and route 66 to California became a rite of passage to an inspired youth culture reading their way to explore what appeared to be a captivating life experience.

Kerouac's books were based in autobiographical prose woven through an implied borderline fiction. The characters would represent his circle of friends and their interactions through a nomadic world experience. It was a novel approach unheard of in American literature. What is more, it found an audience who not only related to the stories but were inspired to live their own version of his adventures.

Jack found success was fleeting. As he strove for literary recognition he floundered through a life of abject advice, dubious decisions and abundant alcohol. Subsequent works saw limited success due to critical flak. The Dharma Bums (1958), The Subterraneans (1958), Big Sur (1962) and Desolation Angels (1965) were all impressive reads that struggled for mass mainstream acceptance. There were epic poems like Mexico City Blues (1959) that likewise failed to cut the critical mustard of his day.

Where the critics did not appreciate his writing, another 50's icon Marilyn Monroe definitely did. She owned a first edition of the Kerouac novel On The Road and this copy was later sold at Christies Auction house in October 1999.

The Legacy Of Jack Kerouac

The big irony in the lasting legacy of Jack Kerouac is he never sought to be the icon of change. His ambitions lay in the literary world that would, in his time, never fully accept him. Kerouac was undoubtedly a man before his time. But, however unwittingly, he was a necessary cog in the evolution of the counter culture movements of the 60's and 70's. The catalyst who caused a change of consciousness in a country.

Receiving posthumous critical acclaim saw his literary star rise to the point he is now recognised as a best selling author in the Anglosphere of mainstream bookshops. His early demise touches on the desperation of the tortured artist who promised so much to an era devoid of an appreciative eye to uncharted pages populated with prose pointing to a prospective that seemed inconceivable.

Genius is seldom appreciated, much less rewarded. Such was the lot of Jack Kerouac who in life remained poor but in death became prosperous.

The poet Philip Whalen summed him up thus: "He did more in one lifetime than most people do in ten"

His friend and fellow Beat writer Joyce Johnson spoke of the aftermath of the NYT review of 'On The Road' on 5th September 1957: "Jack lay down obscure for the last time in his life. The ringing phone woke him next morning and he was famous"

The keyboard player with The Doors, Ray Manzarek, was inspired to say: "If you're working with words, it's got to be poetry. I grew up with Kerouac. If he hadn't wrote On The Road, the Doors would have never existed"

Bob Dylan felt his influence: "I read 'On the Road' in maybe 1959. It changed my life like it changed everyone else's"

The Grateful Dead songwriter Jerry Garcia cited the king of the Beats as a major influence: "I can’t separate who I am now from what I got from Kerouac. I don’t know if I would ever have had the courage or the vision to do something outside with my life – or even suspected the possibilities existed – if it weren’t for Kerouac opening those doors"

A sympathetic critic, Dan Wakefield, shared this astute observation: "Probably no other American writer has been subjected to such a barrage of ridicule, venom and cute social acumen as Kerouac. If the Pulitzer Prize in fiction were give for the book that is most representative of American life, I would nominate Desolation Angels. But we seldom recognize a real American dream when we see one"

The journalist Al Aronowitz lamented the way of the world: "I consider 'On The Road' sort of holy because it helped change my life as it did to so many others and as it continues to do so. Jack wanted his papers enshrined in a library but they are now in the hands of highly non-literary people more interested in their monetary value than in their literary or cultural value"

Ann Charters highlighted the meaning of his unintended impact: "Challenging the complacency and prosperity of postwar America hadn't been Kerouac's intent when he wrote his novel, but he had created a book that heralded a change of consciousness in the country"

The literary critic Seymour Krim described him thus: "Kerouac had myth to him all right, but it only came through his ability to become his own ‘true’ self on paper"

His friend and fellow author author John Clellon Holmes shared this eye opener: "Most books are contained. That is, people say ‘I want to read that book.’ But when On the Road came out, people said ‘I want to know that man.’ It wasn’t the book so much as it was the man. Jack didn’t know who he was and it terrified him. For the rest of his life he never, never got his needle back to true north. Never."

The author Jerry Cimino thought him ahead of his time: "Kerouac was one of the more enlightened, or at the very least open-minded people at the time"

His friend and fellow poet Allen Ginsberg shared this aspirational observation: "Once when Kerouac was high on psychedelics with Timothy Leary, he looked out the window and said, 'Walking on water wasn't built in a day.' Our goal was to save the planet and alter human consciousness. That will take a long time, if it happens at all"

The American novelist Ken Kesey displayed a withering admiration: "Kerouac had lots of class — stumbling drunk in the end, but read those last books. He never blames anybody else; he always blames himself"

The writer William S. Burroughs shared this observation: "Writers are, in a way, very powerful indeed. They write the script for the reality film. Kerouac opened a million coffee bars and sold a million pairs of Levis to both sexes. Woodstock rises from his pages"

The biographer Holly George-Warren noted he was ahead of his time: "His anti-materialism, very rare during the postwar years … predicted what over-consumption has done to the planet"

Gary Snyder, known as an American man of letters, shared this description: "Jack was a 20th-century mythographer"

The singer Ben Gibbard opined this view: "If you tell certain people that you like Kerouac, they assume that's all you read, like you don't know anything else about literature. I recognize all the things that people dislike about the way he writes — his tone and the sentimentality of it all. But those books were there for me at a very important point in my life"

The epitaph on his gravestone reads: "He honored life"

The journalist Elle Hunt described him as an: "enduring symbol of cool"

An NYT scribe, Joseph Lelyveld, spoke of his influence: "He became a main character of "On the Road," but he became much more--a literary model, supplanting Thomas Wolfe, Ernest Hemingway and William Saroyan"

The writer, Damien Cave placed some meaning on his work: "His writing turned struggling friends into epic heroes, and persuaded many youthful vagabonds … to go now, to find saints among the sinners" 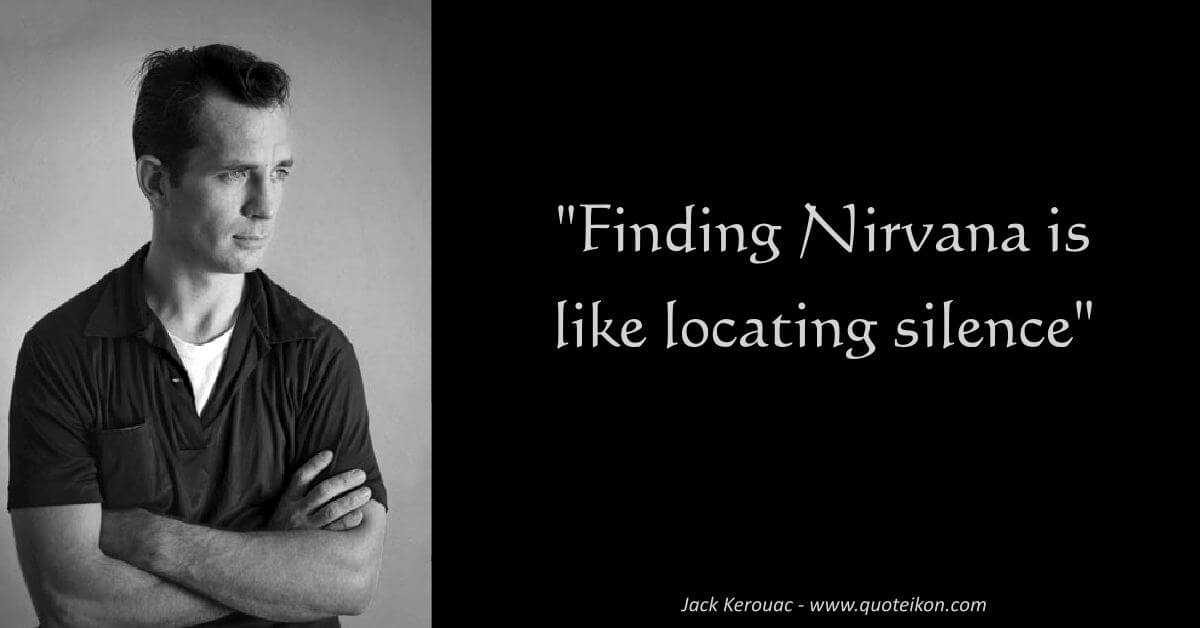