Integrity, moral scruples, honesty and an ethical political compass are the traits that have been bellowed from the hustings since time immemorial. But, as we all know, talk is cheap. These politicians never walk the talk and these highly commendable personal attributes are sold out at the first opportunity to garner favour in the corridors of power. That is unless your name is Confucius. It perfectly explains why his ambitious ideology never elevated him into the position of political power his talents truly deserved.

Confucius was a man who was born light years ahead of his time. Although he was respected and well received into the upper echelons of the ancient Chinese political classes, he was never given the opportunity to put his theories into practice. Being overlooked for an unyielding work ethic was something he accepted. He would rather continue his studies and teaching than compromise his integrity.

There was also the ancient Chinese class system working against him. Confucius was born into the lower aristocratic class known as Shi. He was raised in the state of Lu where the higher aristocratic classes dominated government positions and the hereditary right to rule system placed further barriers to a meritocratic idealist with lofty ambitions to do good.

The highest government position achieved by Confucius was that of the Minister of Crime. His wisdom was evident in his teaching and the respect from his many thousands of pupils was too irresistible for any political organisation to ignore. But how can someone of pure noble thought be trusted to do the bidding of a government intent on survival by foul means or fair? In short, it pays to be unethical to achieve political ambitions.

Confucius was unyielding in his principles. He refused many opportunities he deemed unethical. But the talent overlooked during his era did not go unnoticed. He may not have commanded armies or ruled empires but his voice has echoed through the ages and has done more to influence the world today than all the emperors of China combined.

Much of what we know about Confucius was written posthumously. His followers compiled a book called The Analects which was written between 475 BC and 220 BC. The Analects is a collection of sayings and concepts that emanated from the tongue of Confucius. The book illustrates the thinking of Confucius through conversations between the master and many of his illustrious pupils. It gives an intriguing insight into the motivations and observational wisdom of the most eminent sage of the orient.

The Analects also contains a Confucian version of the Golden Rule: "never impose on others what you would not choose for yourself". The concept of reciprocity is a recurring theme in Confucianism. Taking the idea a step further, the master talks of righteousness, selflessness and doing the right thing for the right reasons.

Leading by example was the backbone to his philosophy that so impressed his students. There were no empty messages from Confucius, he walked the talk and practiced what he preached. He believed that following an ethical code of conduct where one always tries to do the right thing would produce a ripple effect through society. It did, his pupils were inspired and took up the mantle of Confucianism that underpinned the dynasties from Han rule (206 BC–220 AD) right up to the fall of the Qing dynasty in 1911.

Confucius was also a humble man. He was at pains to point out that his thinking was not original. On many occasions he cited the ancient sages as the guiding light of inspiration that planted the seeds of wisdom in his mind.

Many aspects of Confucianism were revolutionary. His line of thinking was more in line with meritocracy than that of hereditary advancement. He first mooted the notion of replacing nobility of blood with nobility of virtue. This led to the Tang Dynasty (618 to 907) introducing the Chinese imperial examinations. This was steeped in Confucianism as a way of vetting prospective candidates for selection to the state bureaucracy. These examinations continued unabated until they were phased out in the early twentieth century.

There were others who extolled the virtues of the teaching of Confucius. In the second century BC the historian Sima Qian wrote a biography that canonised the legend of Confucius. Then there were the eminent philosophers Mencius and Xun Kuang who both championed the philosophy of the man they regarded as the greatest intellectual figure in the history of human civilization.

His grandson, Zisi, took up the scholastic baton of his grandfather by continuing his philosophical school after his demise in 479 BC. It was Zisi who is credited with teaching and inspiring the Confucianist thinking in his star pupil Mencius.

The genealogy did not stop at Zisi. The father-to-son family tree of Confucius has been accurately traced back through 83 generations. There are now in excess of two million known descendants with many still living in his hometown of Qufu. The diaspora of the Confucius clan has spread its tentacles across the globe with many tens of thousands living outside of China with Korea and Taiwan being two of the largest descendant hotspots.

After the fall of imperial rule the spread of Confucianism was curbed in the twentieth century. It was discouraged during the early years of the Republic Of China and the Communist doctrines of Mao Zedong feared Confucianism because they understood Chinese mentality. Confucianism was and still is the driving force in the hearts and minds of the Chinese people. It is the congenital cultural seed of traditional teachings that makes up the fabric of the Chinese psyche.

It was Confucius who raised the profile of education for all. Before his time education was a privilege reserved for the aristocracy. It mattered not if you were a beggar, a barbarian or just plain broke, Confucius never turned away a student who was willing to learn.

His was an action speaks louder than words life. Although he is remembered for what he spoke, these words would have been rendered meaningless if they were not lived out in real life. Confucius summed this up by saying: "The superior man is modest in his speech, but exceeds in his actions". This was the greatness of the man behind the legend and the reason for his enduring influence on Chinese culture.

He was one of civilisation's greatest humanitarians whose sayings still exist to this day because his concepts are both universal and timeless. Confucianism bears all the hallmarks of a religion but it is essentially secular in nature. He has become the essence of the Orient, he is Confucius, the ethicist who embraced humanity and remains highly regarded as the humane sage of antiquity who is as relevant today as he was over two millennia ago.

The philosopher Roger T. Ames gave this analysis of Confucianism: "During the 10-year national nightmare they tried to root out the ancient tradition, to pull it out of the ground. And then a few years later it grew back again. It’s like rain in the desert. That indigenous impulse, the signal - is so strong that you just can’t override it. It’s there in the language. It’s in the people, in the institutions, in the family. It’s in the way people relate to each other"

Mao Zedong sought political mileage from history: "We are Marxist in our historical approach and must not lop off our history. We should sum up our history from Confucius to Sun Yat-sen and take over this valuable legacy"

His pupil Tseng Tzu summed him up thus: "Our Master's teaching simply amounts to this: 'loyalty to one's self and charity to one's neighbours'."

The philosopher Bertrand Russell shared this praiseful opinion: "His system, as developed by his followers, is one of pure ethics, without religious dogma; it has not given rise to a powerful priesthood, and it has not led to persecution. It certainly has succeeded in producing a whole nation possessed of exquisite manners and perfect courtesy. Nor is Chinese courtesy merely conventional; it is quite as reliable in situations for which no precedent has been provided" 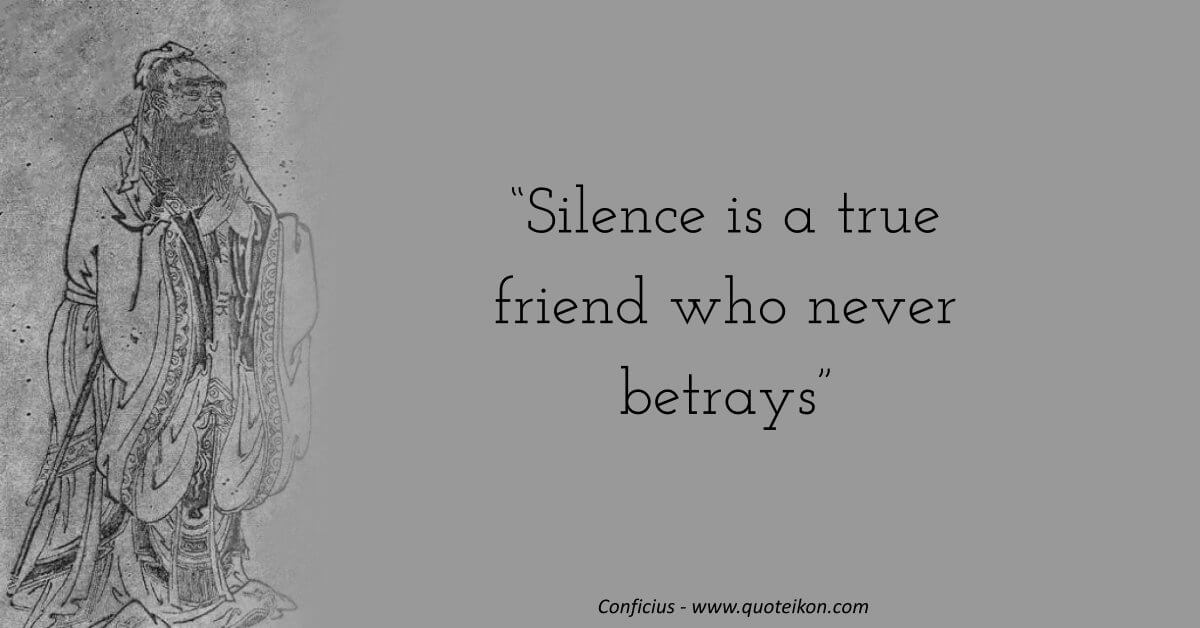