From a humble beginning Coco Chanel used her eye for design to become one of the greatest fashion couturiers of the 20th century. Her mother died when she was aged 12 and she was sent to an orphanage ran by nuns and this gave her the opportunity to learn how to sew and create clothes from various fabrics.

Before opening her first shop in 1910 she earned a living singing and entertaining patrons in cafe's and the music hall circuit that were popular in the first decade of 20th century France. Showing a keen eye for creative design her boutiques began to flourish with a long list of fashion conscious clients eager to embrace the natural look she introduced.

In 1921 she naively collaborated with the businessman Pierre Wertheimer whereby he produced a perfume called Chanel No 5 in a one sided deal that made him very rich using her name but disproportionately rewarded her a pittance in comparison. The product quickly became one of the worlds best selling perfumes and Coco spent the next 20 years fighting to wrestle back control of the brand.

After WW2 a legal dispute between Wertheimer and Coco was finally agreed as she received a lump sum of cash and two percent of all future sales would be given to her. WW2 saw her close down her business until in 1954 she announced to the world she was making a comeback and the House Of Chanel would reopen its doors to a style starved public looking for fashion inspiration.

Chanel No 5 got an unexpected boost when the Hollywood star Marilyn Monroe, who was at the height of her fame, gave it the marketing coup of the century as she purred the immortal quote: "What do I wear in bed? Why, Chanel Number 5 of course".

Chanel's iconic designs still endure to today with the jacket suit, the little black dress, the perfume and the small handbag still as popular as ever with each new generation of fashionistas.

She was never one to hide her opinions and she was always good for a quick one liner, so here is my compilation of 20 of the best Coco Chanel quotes

The author David Downie mused on her mystery: "Despite the work of a dozen biographers … Chanel remains an enigma"

The writer André Malraux noted her contribution to the world when he said: "Chanel, General De Gaulle and Picasso are the three most important figures of our time"

The socialite and actress Lady Iya Abdy described her thus: "Coco has always been impressed by people with money and titles. She, who overcame all lifes barriers, was ashamed of her roots. Instead of being proud of where she came from, she tried fiercely to hide her origins. She vanquished everything from her childhood" 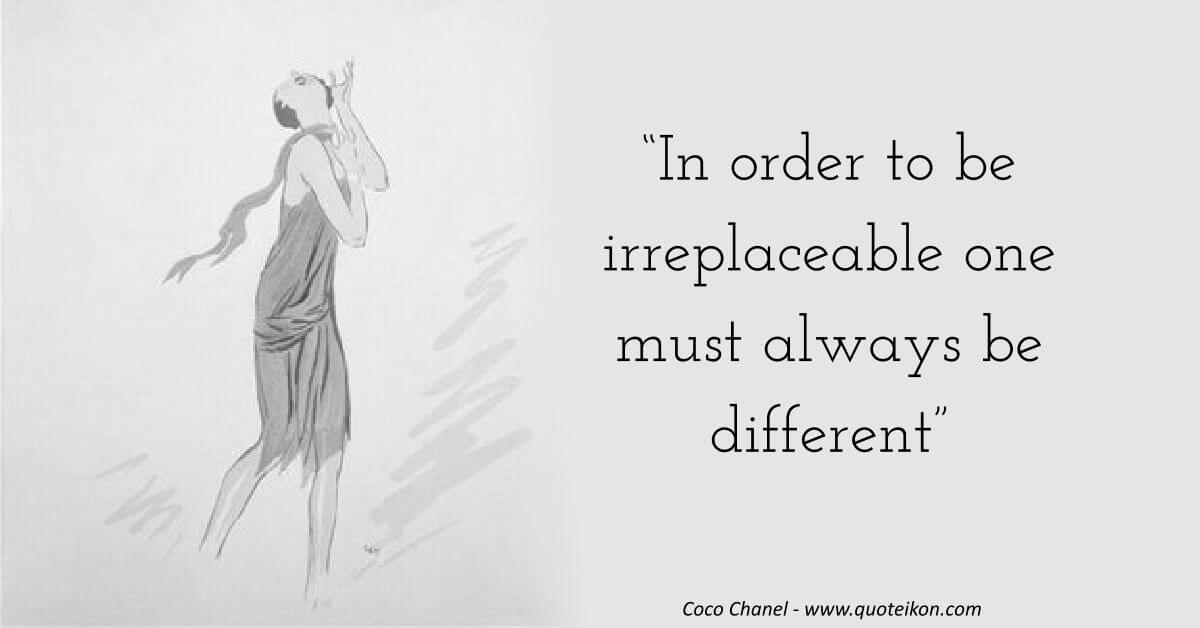