Works of art by Pablo Picasso have always been in high demand and when you consider there have been an estimated 350 of his pieces stolen, which is more than any other artist, then you know you are in the realms of extraordinary creativity.

Rarity usually gives items extra value but in Picasso's case he created over 20,000 works of art through his 78 years of activity at the easel and his masterpieces now sell at in excess of $100,000,000 a piece. Six of his paintings have breached the $100 million mark with his 1955 masterpiece Les Femmes d'Alger fetching a staggering $179 million at Christies (New York) on 11th May 2015.

It is very rare that an artist achieves success during their lifetime but Pablo was an exception to this rule as his art made him a very wealthy man, not in the $100 plus million a painting wealthy, but his work allowed him the creative freedom he desired and he lived comfortably on his proceeds.

Picasso is arguably the most prolific artist of all time and his innovations saw him co-create the style of cubism whilst his influence on 20th century surrealism has been immense. He is classed as the most important artistic figure of the 20th century whose style has often been copied but never bettered.

The French artist Aristide Maillol summed this up as he was quoted as saying: "Those who imitate him achieve nothing worthwhile", while Ibrahim Kodra added descriptive conjecture by saying: "Even his signature is a work of art".

His biggest artistic influence was Paul Cézanne and in 1958 he bought the Château of Vauvenargues because it was where Cézanne painted the rolling hills of Mont Sainte-Victoire, Pablo Picasso was quoted at the time as saying: "I have just bought myself Cézanne's mountains". After his death in 1973 he was buried at the Château of Vauvenargues with his sculpture Femme au vase sitting proudly atop of his burial mound.

As the most significant 20th century artist his words have given meaning to every subsequent generation of artists and he was never short of a quip or two, so this is my compilation of 20 of the best Pablo Picasso quotes

After visiting Picasso's Paris apartment in 1944 Ernest Hemingway said to his underwhelmed wife Mary: "He’s pioneering. Don’t condemn them [his paintings] just because you don’t understand them. You may grow up to them"

Australian art critic Robert Studley Forrest Hughes gave high praise indeed: "No painter or sculptor, not even Michelangelo, had been as famous as this in his own lifetime"

The American Modernist painter Marsden Hartley got to grips with his artistic persuasion: "He had a depth of understanding and insight into the inwardness of things.... doing very exceptional things of a most abstract psychic nature"

His artistic rival Henri Matisse talked very respectfully of him when he said: "Only one person has the right to criticize me"

Fellow painter and Armenian artist Arshile Gorky compared 2 of the greats by saying: "I was with Cézanne for a long time, and now naturally I am with Picasso" 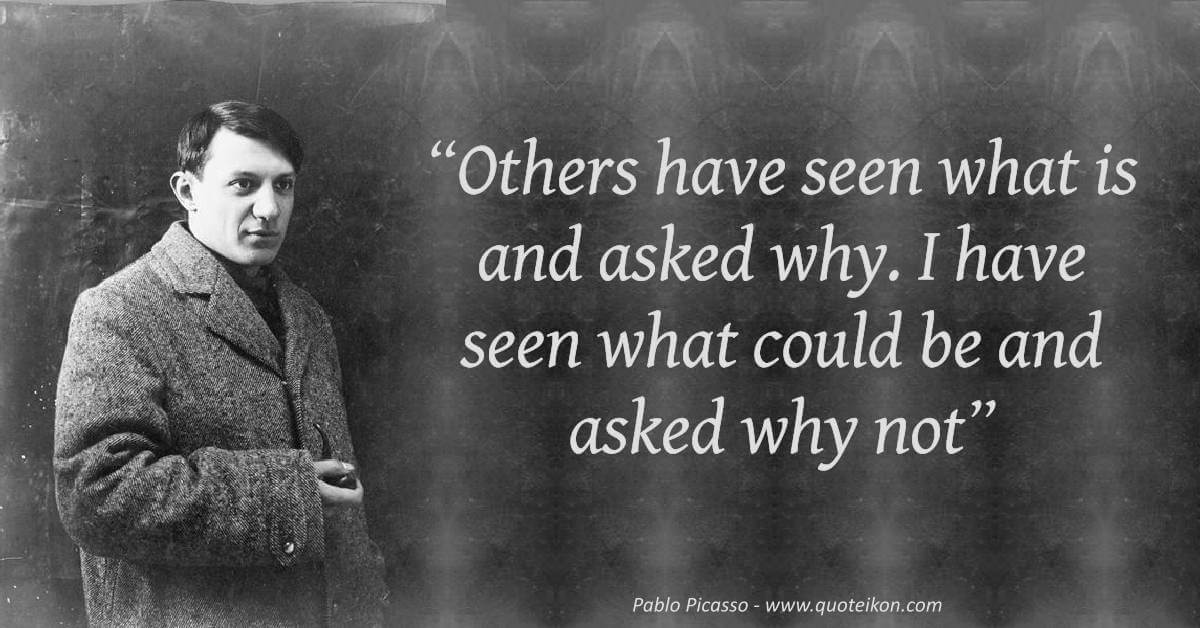