In his schoolboy days Warren Beatty was a star footballer that was offered 10 sporting scholarships and with the world of gridiron at his feet he had a big life decision to make, football or his real love of acting.

Beatty was smitten with the silver screen and with his eye for the ladies he was not going to ruin his handsome good looks doing battle on the football field so he decided to follow his elder sister (Shirley MaClaine) and pursue his dream career as a thespian of the screen.

There was a lot more to him than being eye candy for the ladies as his four Oscar nominations for best actor will testify. Warren was not just an actor as he preferred being behind the camera rather than in front of it as his 14 different Academy Award nominations during his career including 4 screenplay awards and 2 best director awards have shown.

However the only time he lifted the Oscar Statuette in triumph was when he won the award for best director for the 1991 movie "Reds". Off screen he spent decades romancing Hollywood's most delectable leading ladies that left him with a womanising reputation and a Carly Simon song written about him.

However Carly revealed in 2015 that only the second verse of "You're So Vain" was written about Beatty but she was grinningly quoted as saying this: "Warren thinks the whole thing is about him". As smooth as silk with his lines as he was with his ladies he was also good for a liner, so this is my compilation of 15 of the best Warren Beatty quotes

His sister Shirley MaClaine shared this assessment: "That's why he's more comfortable behind the camera. He's in the total-control aspect. He has to have control over everything"

Ex-fiancé Joan Collins made this observation: "His list of conquests ... read like a Who’s Who of Sixties and Seventies glamour queens"

The director director Elia Kazan wanted Warren to play John F. Kennedy in the movie PT 109, however Beatty turned down the role citing a poor script: "Warren had everything John had. Looks, intelligence, cunning and a commanding eye with the girls" 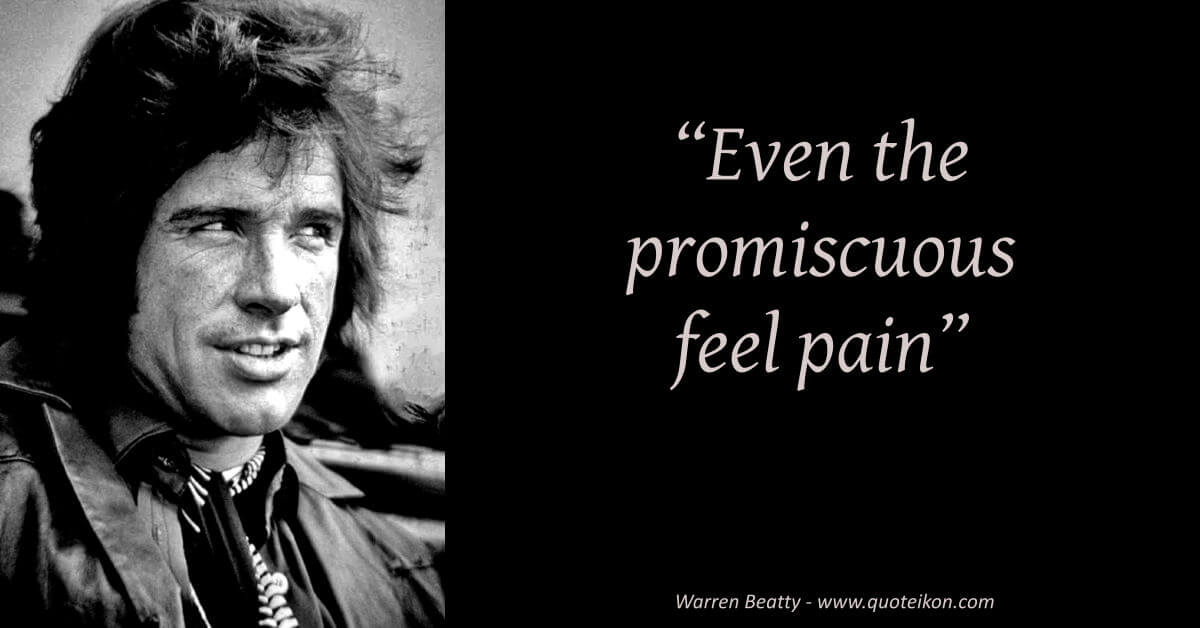