Carly Simon was born into a musical family and long before her seventies hits and fame she had already released three albums in a duet with her elder sibling Lucy called the Simon Sisters.

Simon's first hit record came in 1971 with the release of 'That's the Way I've Always Heard It Should Be' and there were a number of singles and albums released in the period up to November 1972 when she released the biggest hit of her career. You're So Vain hit the top of the U.S. Billboard Hot 100 and stayed there for 3 weeks at the start of 1973, it topped the charts around the globe and became one of the biggest selling records of the decade.

Carly quite wisely kept quiet about who the song was written about and the subsequent columns written in the press all over the world helped to fuel sales as speculation grew about who it could be. It was not until 2015 when Carly finally disclosed that the song was (partially) about Warren Beatty after all, however she also revealed that only one verse was about Beatty and that led to further speculation about who the other mystery men could be.

Her career was not just about one song though as her portfolio of hits can testify. She has sung on James Bond movies and won the most distinguished awards for musical achievement with an Oscar, Golden Globe and Grammy all honouring her contribution to music.

Talented musicians and songwriters also create some fantastic one liners, so this is my compilation of 15 of the best Carly Simon quotes.

The producer Jeff Wald gave this observation: "Has Carly Simon sold out by allowing "Anticipation" to be a ketchup commercial? Has she sold out by doing the theme song from a James Bond picture that was written by Marvin Hamlisch? I mean, you couldn't get more middle of the road or commercial than recording a Marvin Hamlisch song, yet nobody in the press has ever accused Carly Simon of copping out-she's married to James Taylor, she's a darling of the press. I'm not putting Carly down-I happen to think she did the right thing, not with the ketchup commercial but with the song from the picture"

Thom Yorke of the band Radiohead described Carly Simon's theme to 1977 James Bond film The Spy Who Loved Me as the: "sexiest song that was ever written"

The critic Jude Rogers shared this assessment: "Complex, quick-witted and stack-full of raw talent: this isn’t how people like to see Carly Simon. After all, this multi million-selling singer-songwriter was also the long-legged, hyena-mouthed lover of many famous men" 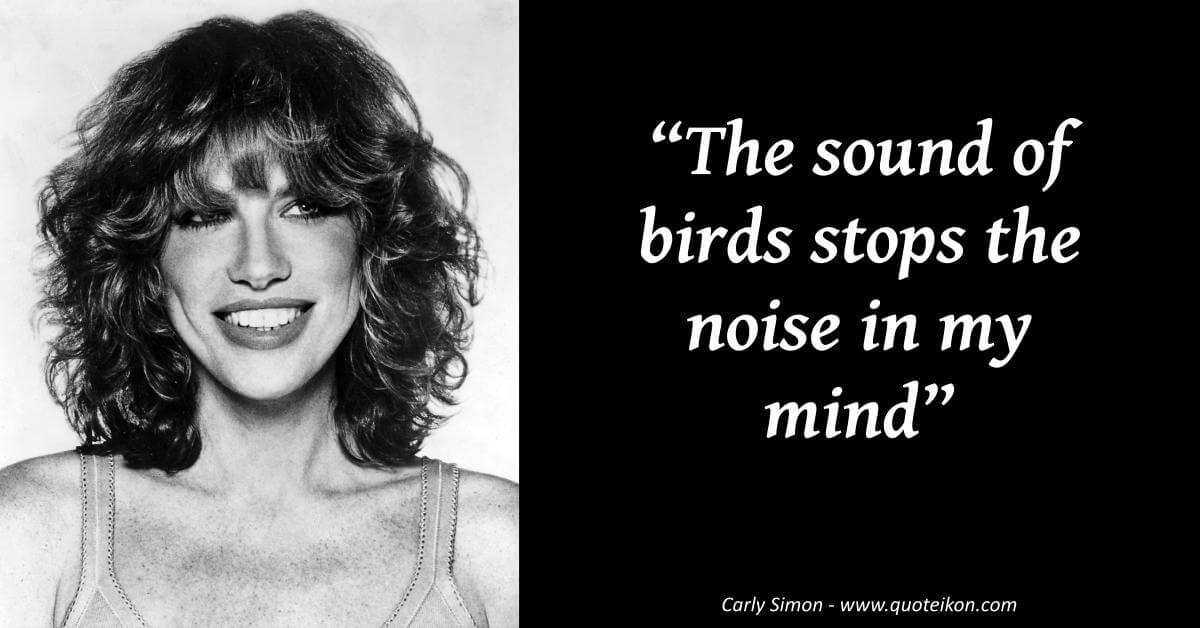