Viktor Yushchenko was the central banker whose realm of influence spread from the creation of the Ukrainian currency into the sphere of politics that saw him ascend to the head of state as its third president.

It was not all plain sailing for the boy from the Sumy Oblast region of northeastern Ukraine as he soon found out in the run up to the 2004 presidential campaign after he was poisoned by a derivative substance of agent Orange called dioxin.

Although he survived the poisoning his disfigured and pockmarked face made headlines around the world with a lot of suspicion being pointed to his pro-Russian political foes and the Vladimir Putin regime itself. Nothing substantial was ever proven but political gossip mongers filled their columns with espionage comparisons that even Joseph Stalin would have been proud of.

The election itself was too close to call and voting fraud was rampant which was the catalyst for the Orange Revolution of peaceful protest until a new election was announced and Yushchenko swept into power.

Yushchenko's presidency was beset with economic and energy issues that were compounded by his slim majority and eventually led to his downfall at the 2010 election.

Viktor's legacy is overshadowed by the western press casting him as the poster boy for Russian poisoning although he is better remembered for fearlessly leading the opposition parties during the Orange Revolution. Like most politicians he was also good for a one liner so here is my compilation of 22 of the best Viktor Yushchenko quotes

President Geoge W. Bush welcomed him as he said: "You are a friend to our country, and you are an inspiration to all who love liberty"

The student activist Nazar Pervak who supported the Orange Revolution looked back and said: "I feel very disillusioned, because we didn't use the great chance we had properly. Integration with Europe did not come true either. Now Western Europe simply accepts that Ukraine is now under Russia's influence"

Larisa Knyazev during an an interview with the Telegraph Newspaper said: "Both Stalin and Lenin were negative figures, but at least they managed to keep order"

In early 2005 Vladimir Putin issued this statement with hope of an upturn in relations wih Yushchenko and the Ukraine: "I highly value the results of the recent meeting in Moscow, and the constructive nature of relations that have been established between us. I expect that a continuation of direct dialogue between us will serve to develop equal and mutually beneficial Russian-Ukrainian cooperation in all spheres" 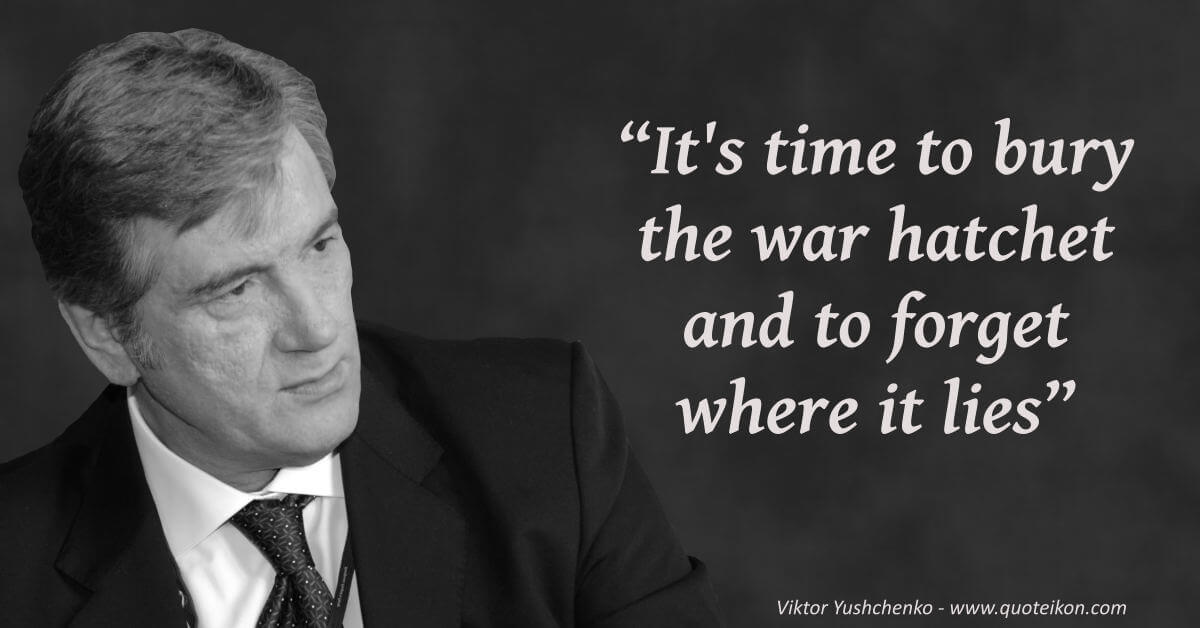