In the music business Quincy Jones has seen it all, done it all and achieved so much that he has been touted as one of the most influential jazz musicians of all time.

When Jones set out on his career it was still shy of the mid twentieth century and no one could have imagined what was to come during the next seven decades of music awesomeness. He has awards by the bucket load, scored more than thirty movie soundtracks and has worked with music industry legends by the dozen.

The majority of his movie sound tracks were in the 1960's and 1970's and in the early 1960's this was against all the odds as that period seldom saw black people selected to create the music for movies. His musical collaborations are legendary with orchestras and stars of the magnitude of Count Basie, Frank Sinatra (whom he worked with until Frank's death), Little Richard, Michael Jackson plus many more that have spanned his active seven decades.

Indeed Jones was the instigator during Michael Jackson's most prolific period where he produced the albums Off The Wall (1979), Thriller (1982) and Bad (1987). Quincy used his connections to help conjure up a star studded line up for the American live aid concert and he was also responsible for producing the live aid famine relief song We Are The World in 1985.

Every genre of music has seen Jones involvement and he has been responsible for influencing the fusion of music with his mixes producing musical hybrids evolving from African and Brazilian music into the mediums enjoyed in North America. He was a humble man but never shy when it came to sharing a quote or two, so this is my compilation of 20 of the best Quincy Jones quotes.

Back in the day the composer Nadia Boulanger said this to Jones who was her then pupil: "Your music can never be more than you are as a human being"

The producer Ken Ehrlich was moved to say: "For most of my life, the name Quincy Jones has represented excellence in nearly every part of the American musical landscape"

Oprah Winfrey was praiseful of Q as she emphasised: "the impact of this impresario - in the broadest and in the most creative sense of the world - as an artist, as a producer, as a composer, as an arranger, as an executive, and humanitarian"

Paul McCartney was magnanimous in his response to some Quincy Jones criticism: "He's totally out of his tree. But the great thing was, he rang me after this. I'd only heard about it and I'd thought, 'I'm not sure it's true.' The joke is, I love Quincy, even after this. He's a crazy motherfucker. But I respect him, he's done a lot of very good things" 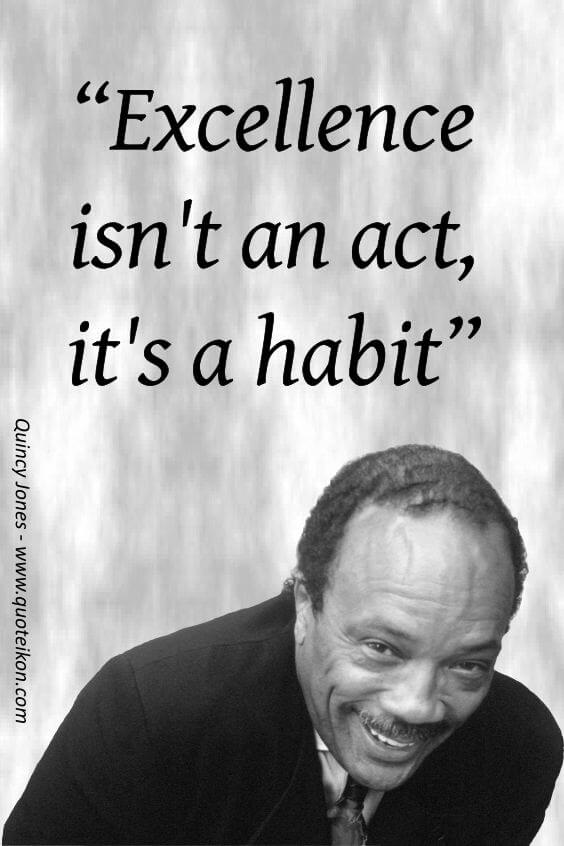