The legacy of Noam Chomsky has been an ongoing process charting more than half a century of extraordinary achievements. In 2005 he was voted the world's leading public intellectual in a poll conducted by two anglo/American magazines. The following year (2006), New Statesman readers elevated his worldwide credentials by listing Chomsky in a poll of the world's foremost heroes. He is oft credited as the spark that ignited the cognitive revolution with his 1957 paper Syntactic Structures cited as a major contributing factor in the intellectual movement that led to the formation of cognitive science. He also credited with creating the theory of generative grammar.

A Legacy of Activism

From Vietnam to Venezuela the name Noam Chomsky has been associated with activist movements that became a recurring thorn in the ass of U.S. foreign policy. His 1967 essay "The Responsibility of Intellectuals" brought him national attention much to the chagrin of policy making officials. He made it onto President Richard Nixon's secret enemies list and was arrested on multiple occasions for his varied activism. A Freedom of Information Act request revealed that the CIA had been monitoring his activities despite previous denials from the clandestine government organisation.

He is without doubt one of the most important intellectuals of the late twentieth century, but, he was never the establishment choice as a preferred intellectual. Having the temerity to morph into a gadfly at any time by posing awkward questions to authorities made him into a modern-day hero to counterculture subversives and a distraction to corporate leaning narratives. Mainstream media never fully accepted his political viewpoints whilst his activism was treated with sceptical disdain by the same institutions who kept him at arms length on the outer-radius of political palatability.

The Linguist Robert Barsky pondered the obvious elephant in the room: "We now hear a lot about how the left has been discredited, the hopelessness of utopian thinking, the futility of activist struggle, but little about the libertarian options that Chomsky and others have so consistently presented"

Robert Barsky went on to say: "Unlike many leftists of his generation, Chomsky never flirted with movements or organizations that were later revealed to be totalitarian, oppressive, exclusionary, antirevolutionary, or elitist"

Right wing commentator David Horowitz labelled him: "The most devious, the most dishonest and ... the most treacherous intellect in America"

The journalist Chris Hedges expressed this view: "Noam Chomsky is America's greatest intellectual. His massive body of work, which includes nearly 100 books, has for decades deflated and exposed the lies of the power elite and the myths they perpetrate. Chomsky has done this despite being blacklisted by the commercial media, turned into a pariah by the academy and, by his own admission, being a pedantic and at times slightly boring speaker. He combines moral autonomy with rigorous scholarship, a remarkable grasp of detail and a searing intellect"

The writer Christopher Hitchens shared this observation: "Chomsky proceeds on the almost unthinkably subversive assumption that the United States should be judged by the same standards that it preaches (often at gunpoint) to other nations"

Michael Leon shared this assessment: "The Anti-Chomsky Reader is mired in a thick haze of loathing and hard-right ideology, short on verifiable facts and long on ideologically-steeped assertions"

The historian Robin Blackburn offered this perspective: "He didn’t only transform linguistics in the 1950s and 1960s; he has remained in the forefront of controversy and research"

The academic Edward Marcotte highlighted the importance of Chomsky's linguistic theory: "What started as purely linguistic research ... has led, through involvement in political causes and an identification with an older philosophic tradition, to no less than an attempt to formulate an overall theory of man. The roots of this are manifest in the linguistic theory"

The author Tom Wolfe was not so impressed: "Only wearily could Chomsky endure traditional linguists who … thought fieldwork was essential and wound up in primitive places, emerging from the tall grass zipping their pants up.… What difference did it make, knowing all those native tongues? Chomsky made it clear he was elevating linguistics to the altitude of Plato's - and the Martian's - transcendental eternal universals."

The CounterPunch author Robert Hunziker gave this grave assessment: "The Biden administration, expanding upon Trump's confrontational approach, has Chomsky at a loss for words to describe the danger at hand. Only recently, Biden met with NATO leaders and instructed them to plan on two wars, China and Russia. According to Chomsky: “This is beyond insanity.” Not only that, the group is carrying out provocative acts when diplomacy is really needed. This is an extraordinarily dangerous situation"

Paul Robinson in a 1979 NYT article shared this appraisal: "Judged in terms of the power, range, novelty and influence of his thought, Noam Chomsky is arguably the most important intellectual alive today. He is also a disturbingly divided intellectual"

The journalist Jonathan Kay was less complimentary when he described Chomsky as: "a hard-boiled anti-American monomaniac who simply refuses to believe anything that any American leader says"

The author Brian Morton shared his assessment of the man: "Chomsky sees the world in a very stark way and gets at certain truths in that way, but ultimately his view is so simplistic that it's not useful. He's become a phase that people on the left should go through when they are young"

The academic Edward Said posed this moral comparison: "There is something profoundly unsettling about an intellectual such as Chomsky who has neither an office to protect nor territory to consolidate and guard. There is no dodging the inescapable reality that such representations by intellectuals will neither make them friends in high places nor win them official honors. It is a lonely condition, yes, but it is always a better one than a gregarious tolerance for the way things are"

The academic James McGilvray was impressed to say: "The second major area to which Chomsky has contributed—and surely the best known in terms of the number of people in his audience and the ease of understanding what he writes and says—is his work on sociopolitical analysis; political, social, and economic history; and critical assessment of current political circumstance"

His biographer Wolfgang B. Sperlich described him as: "One of the most notable contemporary champions of the people"

The independent journalist John Pilger waxed lyrical, calling him a: "Genuine people's hero; an inspiration for struggles all over the world for that basic decency known as freedom. To a lot of people in the margins—activists and movements—he's unfailingly supportive"

Part of a retraction published by the Guardian in 2005: "Prof. Chomsky has been obliged to point out that he has never said or believed any such thing. The Guardian has no evidence whatsoever to the contrary and retracts the statement with an unreserved apology to Prof. Chomsky"

The journalist Roberts Stevens shared this view: "The newspaper’s November 14 retraction admitted as much. It was issued in the form of an acknowledgement by the “readers’ editor” that found in favour of Chomsky on three significant complaints"

Roberts Stevens then posed this question about the Guardian's retraction: "Brockes’ piece was clearly a hatchet job in which she demonstrated a complete disdain for basic journalistic standards. But why was she given the task and what was the brief given to her by the Guardian’s editorial staff?"

The writer Nick Cohen was not so impressed by the professor: "I am disgusted to say that I can cite vast amounts of detail on the malign influence of Chomsky and his kind on the wider left"

The journalist John McDermott inferred this assessment: "Chomsky’s distance from the mainstream is not down to his academic work. Referring to him as a linguist is a bit like calling Arnold Schwarz­enegger a bodybuilder. Chomsky is arguably the world’s most prominent political activist. To his opponents, he is a crank who sees evil as made in America. To his supporters, he is a brave truth-teller and unrelenting humanist; a latter-day Bertrand Russell" 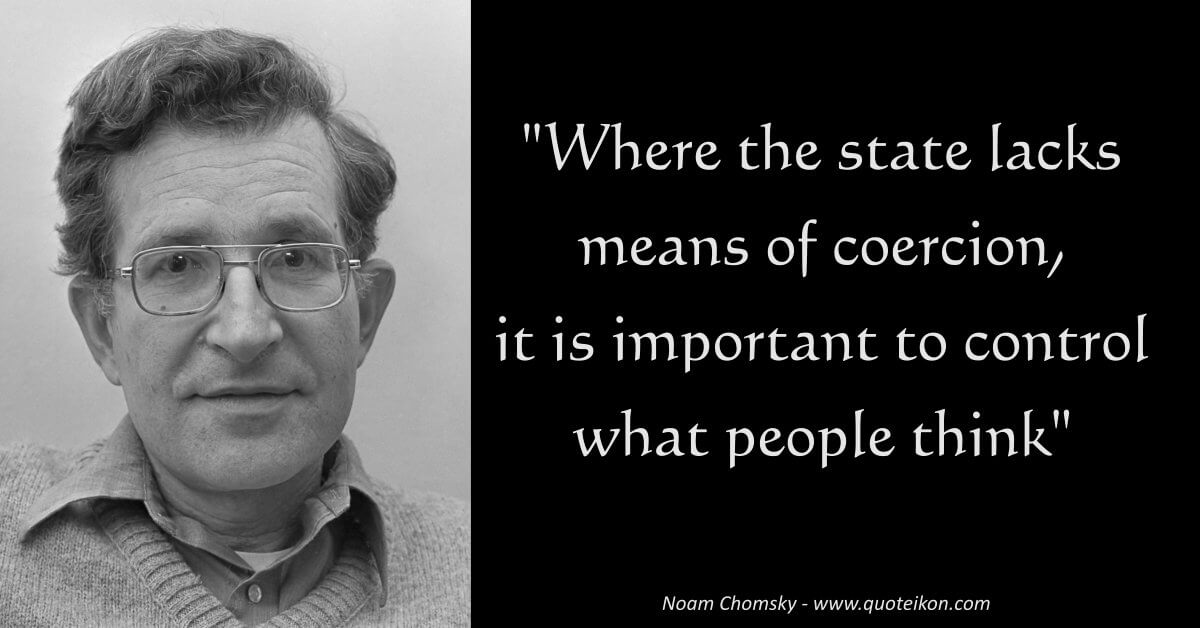