When you realise you are a descendant of the richest family in American history it can be a daunting prospect to live up to such successful ancestors but Nelson Rockefeller mostly ploughed his own path through life and he served the people of New York with distinction during four terms as governor between 1959 and 1973.

In education he was responsible for making New York State University the largest of its kind in the U.S. Rockefeller was a political conservationist way ahead of his time as under his tenure he ensured the preservation of parks and forest lands as well as establishing the Office of Parks and Recreation, he slowed the urban sprawl of New York and he also put measures in place to end water pollution by banning certain pesticides.

Nelson Rockefeller was responsible for improving the transportation network of New York that saw 22,000 miles of new highways alleviating the traffic jams of New York state. He stood for president on 3 occasions and was considered the last of a dying breed by aligning his liberal ideas to the republican party that was progressively becoming more conservative in the 1970's.

He died in 1979 of a heart attack after a lifetime of service to the country and to the people and while gossip mongers are more concerned with the circumstances surrounding his death they selfishly neglect to opine about some of the great achievements this respected pillar of the American community gave to his country.

Great men often come out with fantastic one liners and their stature in public life gives their words more meaning, so without further ado this is my compilation of 15 of the best Nelson Rockefeller quotes

Martin Luther King Jr. was highly complimentary about his governance: "If we had one or two governors in the Deep South like Nelson Rockefeller, many of our problems could be readily solved"

The lawyer Sheri Dillon when defending Donald Trump against potential conflicts of interest made this comparison: "You know, the business empire built by President-elect Trump over the years is massive, not dissimilar to the fortunes of Nelson Rockefeller when he became vice president. But at that time, no one was so concerned"

President Dwight D. Eisenhower once remarked that Rockefeller was "too used to borrowing brains instead of using his own" 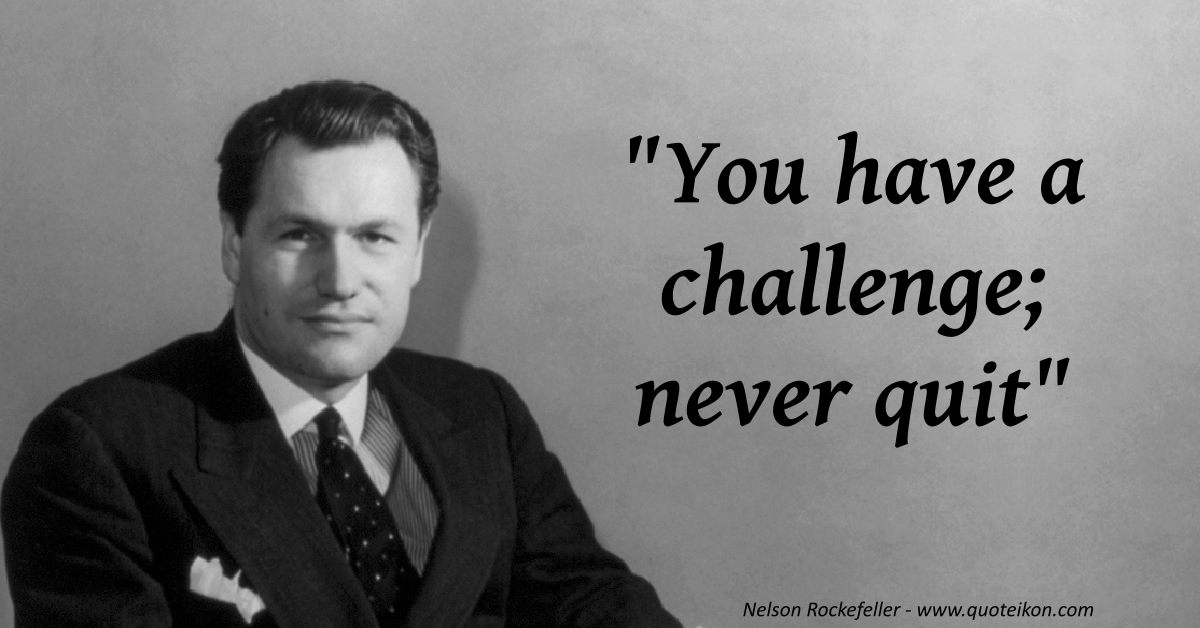