Kwame Nkrumah was the Ghanian who got the liberation ball rolling through the African continent after he successfully guided the former Gold Coast to the independent nation of Ghana in 1957.

He led Ghana to become the first sub-Saharan nation to independence in a move that inspired a continent that had suffered centuries of repression from Europeans intent on pillaging its resources for profit.

After an extensive academic education Nkrumah returned home in 1947 with a burning ambition for a non-violent uprising to usurp their colonial masters and liberate his country. At the request of the newly formed political party called the United Gold Coast Convention (UGCC), he joined as their leader despite reservations about their conservative thinking, his rationale was to use them as a platform to accelerate his own political ambitions for independence without the strings of the colonial yoke attached.

Tapping into post WW2 dissatisfaction in the country, Nkrumah planned a peaceful demonstration in February 1948 that led to a confrontation with the British authorities who opened fire killing three protestors who had previously served gallantly alongside the British army in Burma. What was a peaceful demonstration to deliver a petition to the Governor of the Gold Coast suddenly snowballed into a full scale riot which lasted for five days in Accra before control was restored. The Gold Coast authorities had inadvertently poured proverbial petrol on the notional flame of nationalism in the hearts of a people previously loyal to their British masters and this became the opportunity that Kwame Nkrumah would seize with both hands during the subsequent fallout.

After a brief stint in prison Nkrumah was released and wasted no time in picking up the political mantle as he formed his own party the Convention People's Party (CPP) in 1949 and began organising a positive action campaign aimed at writing a new constitution in line with his initial target of achieving dominion status. A general strike followed which resulted in violence and the new leader of the CPP landing back in jail sentenced to 3 years imprisonment

With the 1951 election looming Kwame Nkrumah used his jail time persecution to good effect by relaying messages to the party to challenge in all seats as he sensed a wave of nationalistic pride would sweep the party to victory and he was proven correct when the CPP won 34 out of the 38 seats contested. The Gold Coast authorities were left with no choice but to free Nkrumah and ask him to form a government which he accepted and worked tirelessly to improve the country's infrastructure.

His powers were limited and Nkrumah knew the party had to push for full independence and after being reelected in 1954 he campaigned for the right of self determination, however the British government were unwilling to commit as they could see no consensus between the local political party's as to how the country should be governed. The British proposed another election in 1956 and if the CPP could win by a reasonable majority they would set a date for independence.

The CPP won and British Prime Minister Harold MacMillan announced that Ghana would be given majority-rule independence as a full member of the Commonwealth of Nations on 6th July 1957. Kwame Nkrumah was the fore runner for national independence from European colonial powers who inspired a continent with leaders such as Jomo Kenyatta, Nelson Mandela, Robert Mugabe and others all gaining belief in their dreams of self determination in their respective countries.

Kwame Nkrumah was under no illusions about the challenges his new country faced as he also knew that strength comes from unity and he already had plans afoot for a union of African states which he was prepared to cede power to. He understood that economic advancement would be difficult to achieve without a united continental Africa so in 1963 Nkrumah became one of the founding members of the Organisation of African Unity whose aims were to encourage political and economic integration among member states.

For Ghana and Nkrumah it may have been a case of too much too soon and in 1966 the CIA orchestrated a military coup d'état whilst he was visiting China on state duties. Within days of the coup d'état the Americans recognised the new regime and the policies of Nkrumah sidling up to the Soviet Union were reversed in favour of the Western Bloc and allowing the International Monetary Fund and World Bank to take a previously unwelcome interest in the economy.

He remained in exile until his death in April 1972, although he was paranoid about assassination it was prostate cancer that brought about his demise that led to a diplomatic squabble between Ghana and Guinea over his body that eventually saw his remains returned in July of the same year.

Kwame Nkrumah was the hero of African independence who inspired a continent that saw him as the spirit of freedom by becoming the first leader of a black African country to break the chains of colonialism, and although he never lost his vision for continental African unity his dream would be taken up by other leaders who were touched by the influence of this Ghanian giant from the Gold Coast. He was a man of words who wrote great speeches and penned informative books that I have used to help compile this list of 26 of the best Kwame Nkrumah quotes.

The historian John Henrik Clarke talked of his time in the U.S.: "The influence of the ten years that he spent in the United States would have a lingering effect on the rest of his life"

The first Guinea president described him thus: "With Nkrumah, African unity became an irresistible force. That is why this thinker and this man of action is not a Ghanaian, but an African - and even more - just a man"

The scholar Cyril Lionel Robert James said in a letter to the London based journalist George Padmore: "This young man is coming to you. He is not very bright, but nevertheless do what you can for him because he's determined to throw Europeans out of Africa"

The journalist Kwabena Kissi called him: "Nkrumah, the Leader We Never Understood"

The author David Birmingham shared this assessment: "No single measure did more to bring down Nkrumah's reputation than his adoption of internment without trial for the preservation of security"

The academic Ralph Bunche waa impressed to say: "We salute you, Kwame Nkrumah, not only because you are Prime Minister of Ghana, although this is cause enough. We salute you because you are a true and living representation of our hopes and ideals, of the determination we have to be accepted fully as equal beings, of the pride we have held and nurtured in our African origin, of the freedom of which we know we are capable, of the freedom in which we believe, of the dignity imperative to our stature as men" 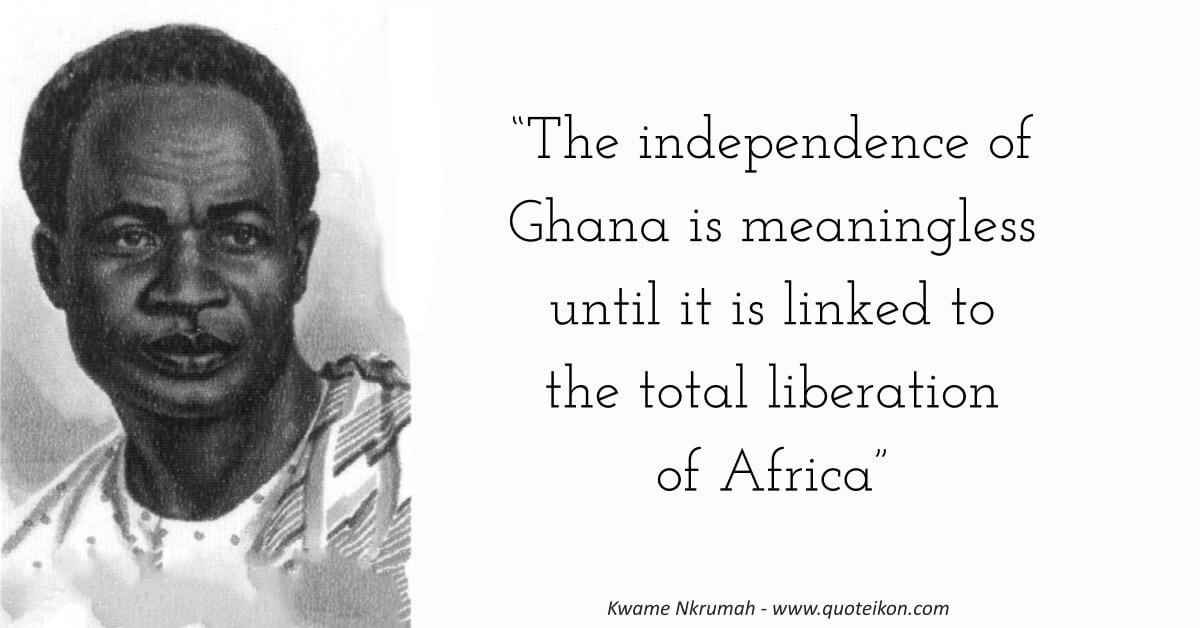