Hugo Chavez was born into an educated family living in the rural town of Sabaneta in Barinas state where the main source of income derives from sugar production. He was fascinated by history and intensively studied the military and revolutionary annals of South America citing Ezequiel Zamora and Simon Bolivar as influential in his education and Karl Marx, Vladimir Lenin, and Mao Zedong all inspirational in his political beliefs.

It was the poverty of Venezuela that pushed him to succeed in political office and even a 2 year imprisonment for leading a failed coup d'état could do nothing to curtail his political ambition. During his interment he claims to have worn his army uniform on every day of his imprisonment which gained him respect and a reputation as a revolutionary.

Chavez rose to become the 45th president of Venezuela and in free elections he held this office for four terms from 2nd February 1999 until 5th March 2013. Chavez ranked as Time magazines top 100 most influential people during 2005 and 2006.

This was mostly due to his anti capitalist stance and his speeches denouncing globalisation. His somewhat controversial opinions often embroiled him in rows with western political leaders and as is so often the case created some brilliant one liners, so this is my compilation of 15 of the best Hugo Chavez quotes.

U.S. President George W. Bush: "They mocked my appearance, my accent, and my religious beliefs. I was labeled a Nazi, a war criminal, and Satan himself. That last one came from a foreign leader, Venezuelan President Hugo Chavez"

The Russian diplomat Vitaly Churkin was impressed to say: "He was a great politician for his country and for the world as a whole"

The film maker Oliver Stone described him thus: "I liked Chavez. He's very warm and very gracious. And he's a bear. I've always said that if he looked like Woody Allen he'd play a lot better with the world press. I think men are threatened by his physicality"

The political commentator David Sirota praised his economic miracle: "Chavez became the bugaboo of American politics because his full-throated advocacy of socialism and redistributionism... delivered some indisputably positive results. Indeed, as shown by some of the most significant indicators, Chavez racked up an economic record that a legacy-obsessed American president could only dream of achieving"

The economist Mark Weisbrot commented on his egalitarian reign: "Venezuela is recognized by many scholars to be more democratic than it was in the pre-Chávez era" 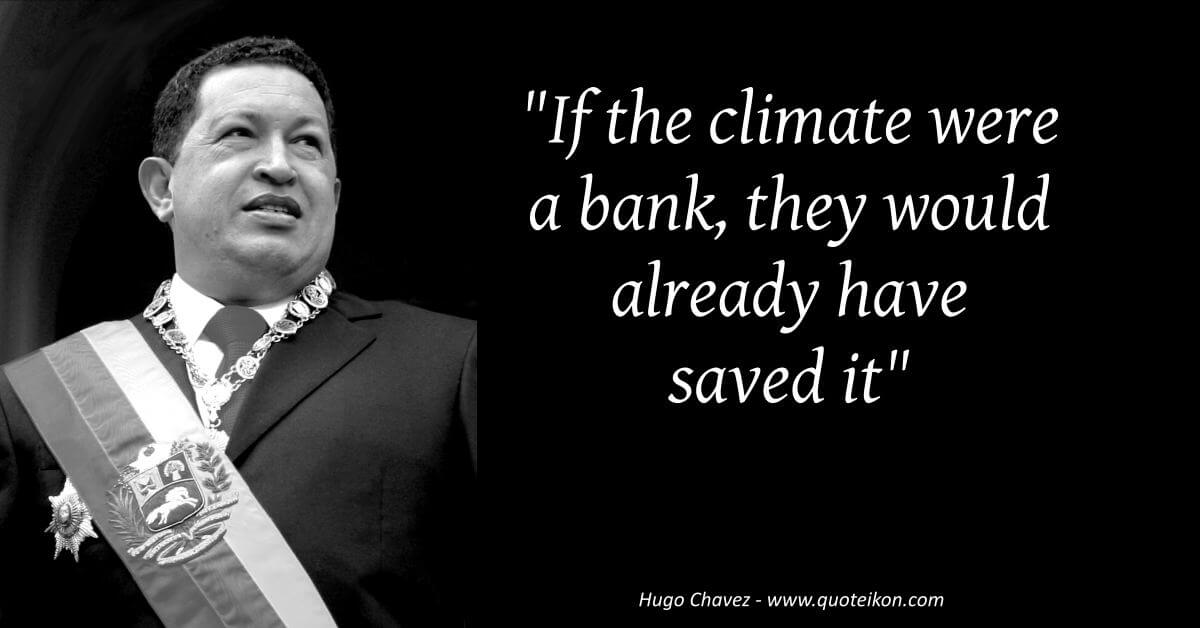