Hans Christian Andersen was the Danish writer that close on two centuries of children have grown up reading since his collection of fairy tales became well known in the mid nineteenth century. His first publications released in 1835 included The Little Mermaid, Thumbelina and The Emperors New Clothes but they did not meet with initial acceptance or success which was to come later in his life.

Initially he had acting ambitions as he left home at the age of 14 for Copenhagen to become a singer or an actor, he sang wonderfully until his voice broke, then taking the advice of his theatrical friends he decided to become a writer instead.

After various novels, poems and other writings he persisted in publishing his fairy tales throughout the 1840's and slowly they were gaining traction with good reviews and translation requests keeping the publics interest.

Andersen had hit on a formula for success by imitating the German romantic style of fairy telling that was already established but writing it in a tone more appreciable from a child like perspective. He first successes came in Germany and England and from there his presence grew in his Danish homeland.

Many writers and artists became successful posthumously but Andersen was fortunate enough to enjoy the fruits of his pen during his lifetime and is now regarded as a prominent Danish literary figure whose hometown airport of Odense is now named the Hans Christian Andersen Airport.

His belated success in Denmark is understandable when you consider he was born with dyslexia and his manuscripts were littered with spelling errors which the publishers had to correct. Perhaps the Danish publishers focused too much on his grammar and not nearly enough on how the stories read and how they could touch the readers heart, philistine capitalists could be an apt description here.

His fairy tales found favour further ashore with his body of works gaining global recognition and even the Chinese leader Mao Zedong was a big fan and helped to make Andersen the most famous foreign author in China.

Part of the Hans Christian Andersen legacy is the numerous statues erected in his honour spanning the globe and his birthday 2nd April has become International Childrens Book day.

His personal life caused him much torment, he had a large but fragile ego where he sought reassurance both on a personal and professional level. His fairy tales have stood firm against the most fiercest of critics; time. In the eyes and judgement of time they are still popular today and this, I'm sure, would make this eminent Danish author a very proud man. He inspired us with a few great one liners also so here is my compilation of 15 of the best Hans Christian Andersen quotes

Danish literary critic Georg Brandes said of him: "This tale about the shadow is a little world of its own. I do not hesitate to call it one of the greatest masterpieces in the whole of our literature"

Eminent professor Nancy Easterlin was analytical of his work: "Andersen’s ‘Little Mermaid’ draws on cultural symbols and forms that derive from innate and universal preoccupations and ways of organizing, and in so doing employs elements that arouse reader/listener emotion and thus motivate interest"

Literary critic and poet Heinrich Heine was quoted as saying this about him: "He is the perfect representation of all poets, just the way kings want them to be" 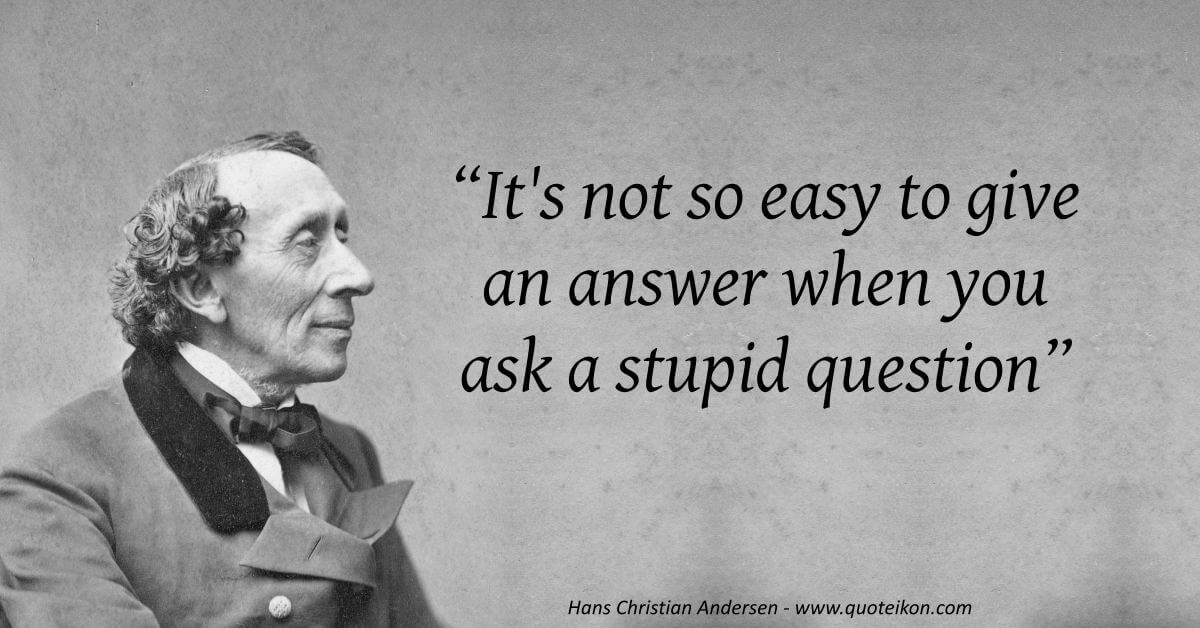