Giuseppe Garibaldi is renowned as a national hero in Italy and respected around the world for his freedom fighting against oppressive regimes in Europe and South America. A charismatic leader of men he is also considered one of the greatest generals of his era. Garibaldi was looked upon by many as a mercenary but one thing is certain and that is his ability to lead men as he did from the front during the bayonet charges at the battles of Calatafimi and Volturno.

In the face of daunting odds he could inspire his armies by his bravery as a warrior because he led by example. He would never ask his men to do anything he was not prepared to do himself and he was also a master tactician in the theatre of war as his victories grew in tandem with his reputation as a soldier and general.

Before leading his revolutionary battles in Italy Garibaldi was a freedom fighter in the Ragamuffin War with a band of warriors in Brazil and then fighting for independence in what is now known as Uruguay. Indeed Garibaldi was later given the nickname "The Hero Of Two Worlds" for his freedom fighting in Latin America, France and Italy.

In the early stages of the American Civil War President Abraham Lincoln was looking for competent generals and through intermediaries offered Garibaldi a position in the Union army, although he seriously considered joining they could not agree terms and it was not to be.

Not just skilled in the field of battle he was also an able seaman and captained many ships on numerous voyages whilst back on terrafirma he was the founder of the Red Shirts with his followers known as the Thousand Red Shirts. Although not involved directly in the final unification of Italy his contribution is widely acknowledged as significant to paving the way to liberation.

As a humble and revolutionary leader he has cemented his place in Italian history and he was also good for a few one liners so here is my compilation of 15 of the best Giuseppe Garibaldi quotes.

Victor Hugo said in an impassioned speech to the Bordeaux assembly: "The powers, as I have said, have not intervened; well, one man intervened, and this man is a power. His sword had already liberated a people and could save another. He thought it, he came, he fought and, of all the French generals engaged in this war, he was the only one who was not defeated! I demand the validation of Garibaldi's election"

The eminent writer George Sand sensed the greatness: "He is not like anyone else and there is in him a kind of mystery that calls for reflection. All Europe looks to him obsessively and wakes in the morning to ask where he is and what he did the previous day" 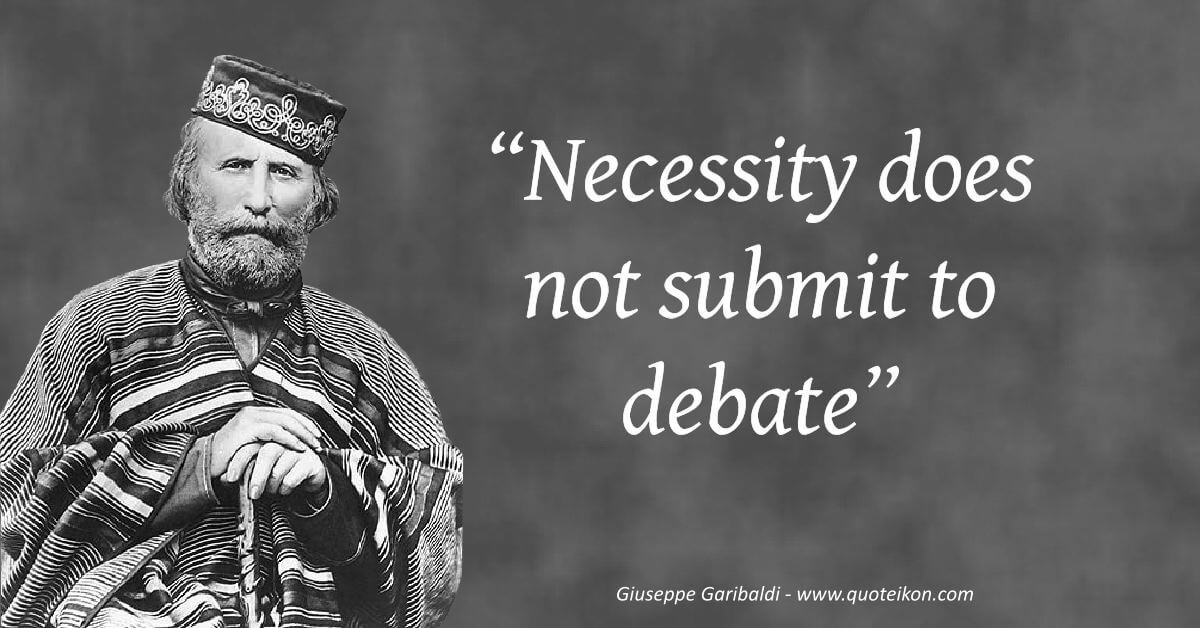