Daniel François Malan was born in Riebeek-Wes in the Cape Colony on May 22nd 1874 and the system of apartheid was destined to become his legacy and the millstone of South Africa.

He was educated at Victoria college in the university town of Stellenbosch before finishing his studies at the University of Utrecht in Holland where he achieved a doctorate in divinity in 1905.

Daniel F. Malan's political career began with his entering parliament in 1918 and he was instrumental in gaining recognition for the Afrikaan language and establishing the South African national identity.

The state of South Africa gained full independence in 1931 by the decree of the Statute of Westminster which led to Malan spending years forming alliances based upon the Afrikaner apartheid policies.

Malan eventually became prime minister of South Africa when the National Party were elected to power in 1948 and so began his policy of apartheid being implemented on the nation.

Malan retired from politics in 1954 and he died aged 84 at his home in Stellenbosch on 7th February 1959, and like all politicians he was good for a one-liner, so this is my compilation of 12 of the best Daniel F. Malan quotes

The author Lindie Koorts shared this assessment: "In order to safeguard South Africa against sanctions by an increasingly hostile United Nations, Malan sought America's friendship by participating in the Korean War and British protection in the Security Council by maintaining South Africa's Commonwealth membership. In the face of decolonisation, Malan sought to uphold the Commonwealth as the preserve of white-ruled states. This not only caused an outcry in Britain, but it also brought about a backlash within his own party. The National Party's republican wing, led by J.G. Strijdom, was adamant that South Africa should be a republic outside the Commonwealth"

The journalist Chris McGreal reported in The Guardian in 2006: "A decade before Malan became the first apartheid-era prime minister, he was leading opposition to Jewish refugees from Nazi Germany entering South Africa. In promoting legislation to block immigration, Malan told parliament in 1937: "I have been reproached that I am now discriminating against the Jews as Jews. Now let me say frankly that I admit that it is so"." 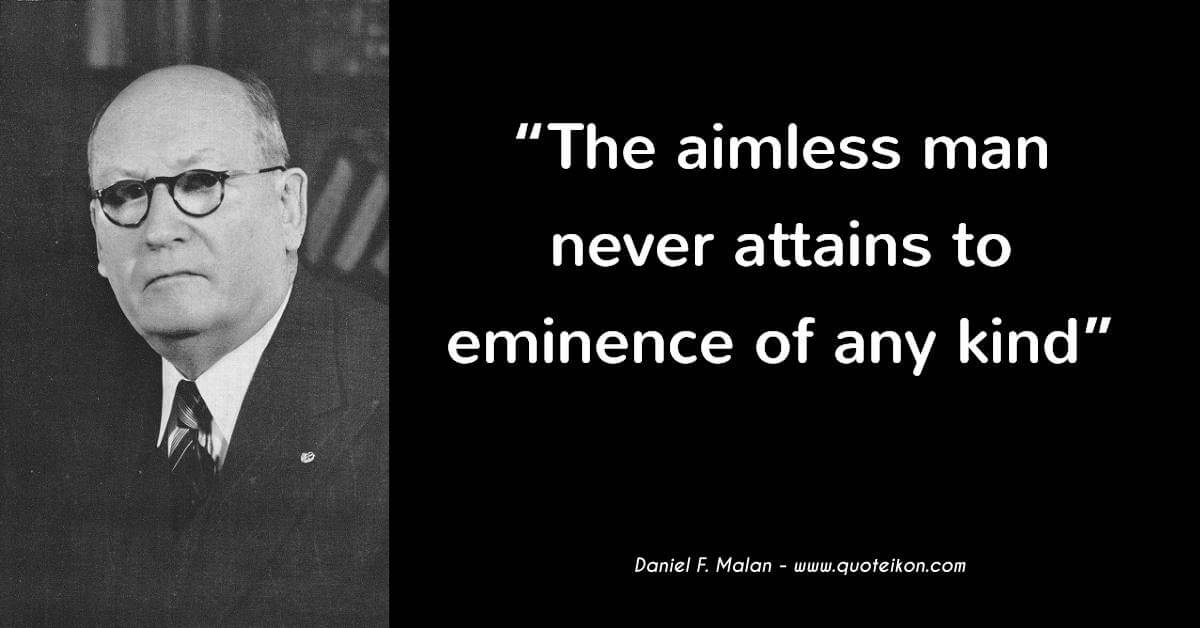