Clark L. Hull was the psychologist who backed up his theories with reproducible mathematical equations that added an extra dimension to the science of mental life.

Clark L. Hull taught at Yale University where many of his students, including Albert Bandura, Neal Miller, John Dollard, Kenneth Spence, and Janet Taylor Spence went on to have rewarding careers in the many spheres of psychology.

Indeed Kenneth Spence went on to collaborate with the eminent psychologist as he helped to develop Hull's neo-behaviorist theory into what is now known as the Hull-Spence theory of conditioning, learning, and motivation.

Indeed Clark L. Hull appreciated Spence's contribution as he was quoted as saying: "Dr. Spence has contributed generously and effectively with suggestions and criticisms, large numbers of which have been utilized without indication of their origin".

Hull's prize work was his 1943 publication of "Principles Of Behavior" which is considered to be one of the most influential books written about psychology during the twentieth century.

Hull drew his inspiration for his work from a combination of Isaac Newton, Sigmund Freud, Charles Darwin and the psychologists Edward Thorndike and Ivan Pavlov which when combined with his engineering and mathematical skills gave him the platform to combine his skills that resulted in his highly complex hypothetico-deductive theory to account for all learning.

Good psychologists are not just great listeners as there can be good for a one liner also, so this is my compilation of 18 of the best Clark L. Hull quotes

The author Michael E.Rashotte gave this assessment: "Hull is perhaps best known for principles of behavior. ... The intellectual roots of Hull's planned behavioristic theory lay in a diverse set of important ideas concerning behavior and the nature of theory. He also included a strong focus on behavior as an adaptive process, and on the role of motivation in energizing and directing behavior, reflecting the influences of Charles Darwin and Sigmund Freud, respectively."

The psychologist Dr. David Krantz shared this observation: "From the 1940's to the mid 1960's, Hull's "Principles Of Behavior" theory (PB), with its hypothetico-deductive approach and its extensive conceptual formulas, was a dominant force in psychology. By the 1970's, with the realisation that Hull's theorising was conceptually and empirically flawed and with a shift in theoretical commitment, PB became another historical relic. However, it is important to reconsider Hull's contribution, beyond historical interest, because PB raises important systematic issues that currently are being debated, including whether psychology can be a unified science."

The ethologist Frank A. Beach described the legacy of his work: "The impact of Professor Hull's work upon psychology cannot be fully estimated at this time, but it has been powerful and widespread. His contributions to aptitude testing and to the study of suggestibility still influence present thinking. His system of behavior theory may well have produced more controversy and provoked more experimental work than any other psychological theory in the twentieth century." 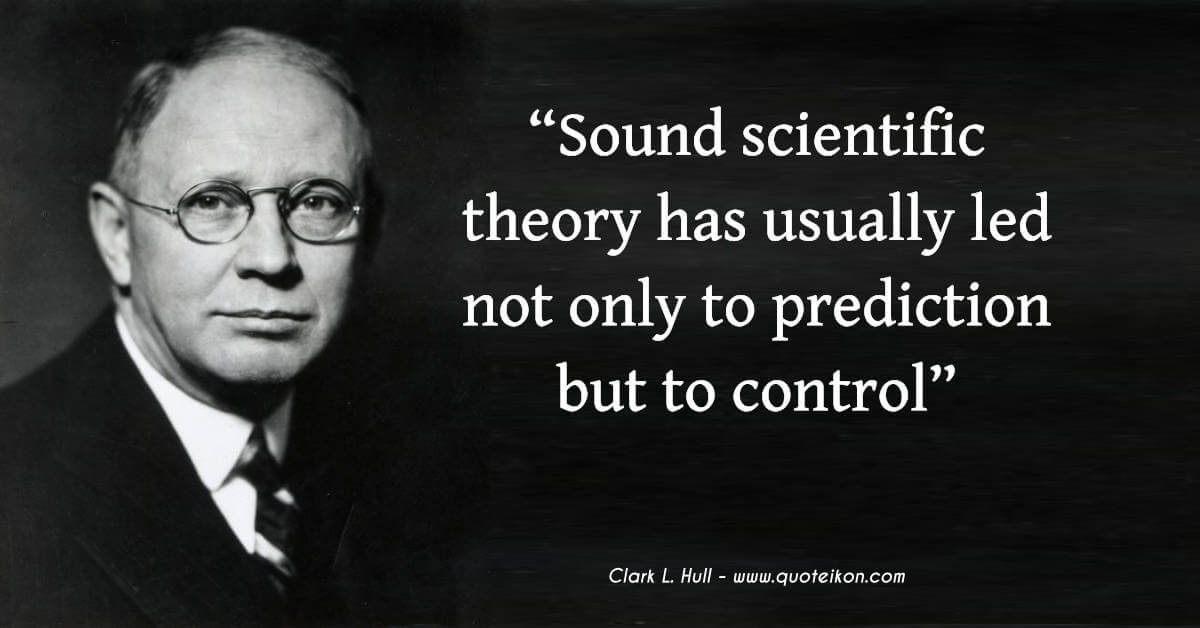