In the history of baseball no player has had the impact that Babe Ruth had in the era between both world wars. He first caught the eye as a pitcher for the Boston Red Sox but it was the big hitting impact he brought to the batters box that sold out stadiums and cemented his place as one of the all time greatest ever players.

The Babe won three World Series with The Boston Red Sox before he was sensationally sold to their big rivals The New York Yankees in 1920. The move proved somewhat disastrous for the Boston team as they then went 86 years before they won their next World Series in 2004. The Red Sox demise was a Yankee delight as the big hitting Ruth bludgeoned his way through the next 14 years winning four World Series for The New York Yankees in the process. It was this golden era of baseball that was the dawn of the big hitting home run when the dead ball age gave way to its successor the live ball era that made baseball a more exciting prospect to watch.

Babe Ruth was a baseball record breaking machine who set the standard for generations to come, although most of his records have now been surpassed he was the one player who first put glamour into baseball. He was the left handed slugger who pitchers feared the most and the crowds flocked to see.

He was the first player to score 60 home runs in a season (1927) and his called shot off Chicago pitcher, Charlie Root in the 1932 world series has went down in baseball legend as one of the most memorable moments of the game when he hit the ball exactly where he told the pitcher he would for a home run. In a career of remarkable moments he was also quoted for some remarkable one liners, so here is my compilation of 16 of the best Babe Ruth quotes

The actor Stephen Lang summed him up thus: "Ruth personified an entire period, the Roaring '20s, which personified America. Nobody roared louder than Ruth"

The 31st U.S. President Herbert Hoover used Babe's name in some light hearted self promotion: "You may want to do a little autograph trading and I understand it takes five Hoovers to get one Babe Ruth"

The actor Will Rogers kept a parallel theme going: "They offered Babe Ruth the same salary that Mr. Hoover gets. Babe claims he should have more. He can't appoint a commission to go up and knock the home runs; he has to do it all himself"

The baseball player Willie Keeler gave him this classification: "The hardest hitter the world has ever seen, and he ought to last, too, for some years to come"

The baseball player and manager Honus Wagner rated him highly: "I've seen some great hitters and long distance hits in my day, but none like the Babe's on Saturday. He's the greatest home run hitter of all time" 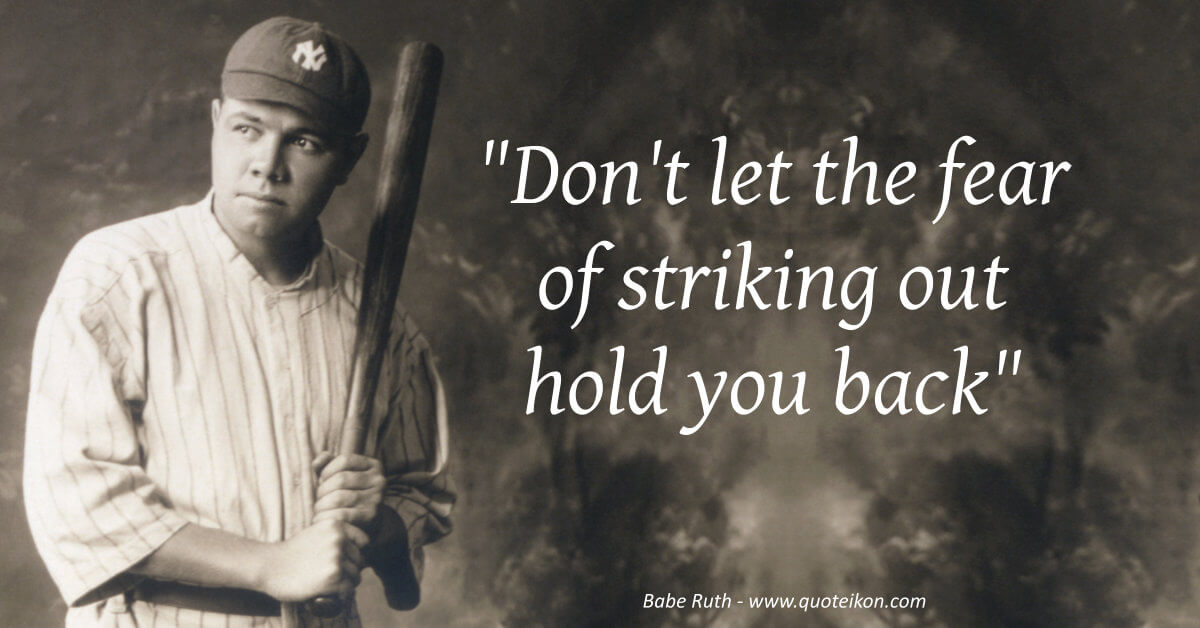