Alfred Nobel was the polyglot Swedish businessman whose heart was given to the love of poetry but his head was turned by his fascinatiion with explosives. With Swedish as his mother tongue the family moved to St Petersburg when he was five years old where he quickly picked up Russian and later he used his intense interest in Voltaire to learn French and had his literary senses awoken by the translations of the English romantic poetry of Byron, Wordsworth and especially Shelley who was his favourite.

His father Immanuel Nobel, who knew the hardships of the world, dissuaded him to follow the literary arts in favour of his other passion for learning chemistry. It was here that the first of his 355 patents were to start flowing when he came up with a design for a gas meter in 1857. His family were already involved in the explosives industry through their factory manufacturing armaments for the Crimean War and it was this grounding in the fundamentals of explosives that Nobel was to make his break through by first inventing dynamite and then later gelignite.

In a twist of irony he was also a pacifist who hated war but it would appear the lure of financial gain took control and he sold his soul and his inventions to all interested warring party's. Away from the theatre of war his explosives were put to good use in the mining and quarrying industries and he amassed a fortune during his lifetime.

In 1888 a French newspaper mistakenly published his premature obituary in which they said: "The merchant of death is dead. Dr. Alfred Nobel, who became rich by finding ways to kill more people faster than ever before, died yesterday". Needless to say he was horrified at the report and it inspired him to create the Nobel Prizes as his legacy. Upon his actual demise in 1896 he bequeathed 94% of his fortune to establish the Nobel Prizes in the fields of Chemistry, Literature, Peace, Physics, and Physiology or Medicine with the emphasis being on: "shall have conferred the greatest benefit on mankind".

It was a grand gesture with the prizes becoming a worldwide institution coveted by all who are nominated. It was quite possibly a truer reflection from the bottom of the heart of a pacifist and poet who tried to improve the world with his inventions, after all his initial inspiration was to make the unstable explosives of his day safer to handle by workers, he succeeded. He chose his words carefully although he was still good for a quick quip, so here is my compilation of 15 of the best Alfred Nobel quotes

The author Kenne Fant described him thus: "One of the most powerful men of his time, Nobel was viewed by some as the model of success and entrepreneurial drive"

Because of his constant moving around Europe his friend Victor Hugo playfully labelled him: "Europe’s richest vagabond"

The Stockholm businessman J.V. Smitt was delighted to say: "One of the most advantageous investments that this successful businessman had made"

Yet the Swedish priest Nathan Söderblom who performed his eulogy said: "He died without the warming hearth of home, without the hand of a son or a wife on his chilling brow" 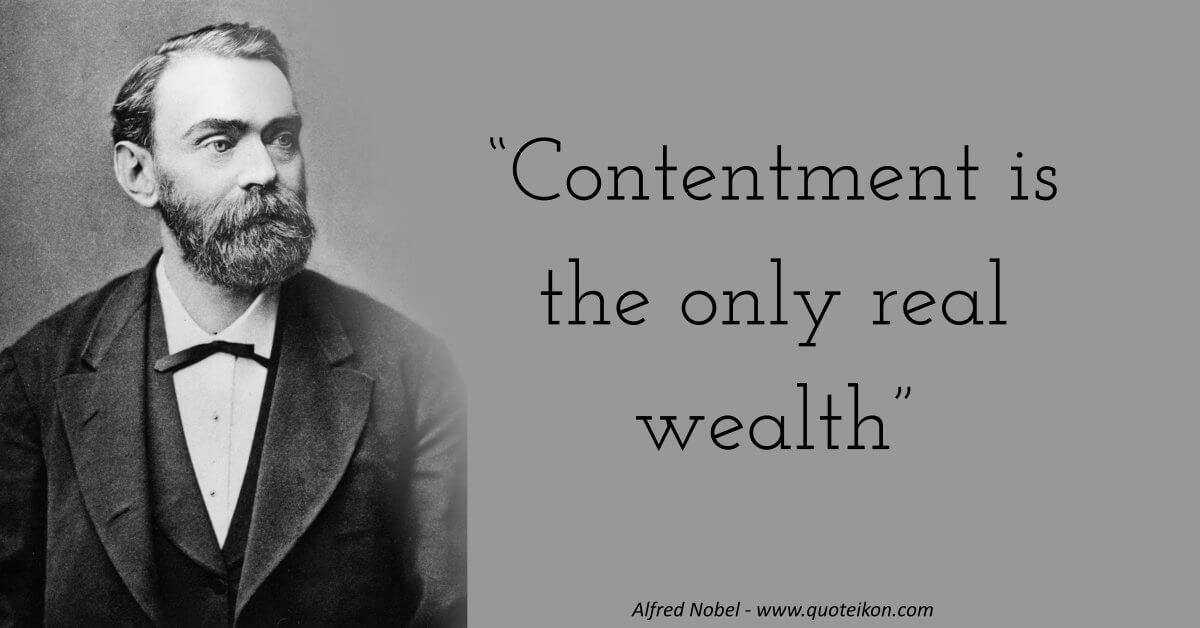