Abigail Van Buren was the lady with no previous work experience who in 1956 called up the editor of the San Francisco Chronicle to inform him that she could write better replies to the papers advice column letters that they were publishing daily. Taken aback and impressed with her positive attitude he gave her a trial in the form of some letters requesting advice and expected the results within one week.

After receiving them she completed her responses within two hours and promptly sent them back to the editor (Stanleigh Arnold). After reading her replies he assumed she had to be a professional writer and hired her on the spot, although she was not a professional writer she had a natural talent with words so Arnold was not to be disappointed and the advice columnist Abigail Van Buren was borne.

The Dear Abby column brought a freshness to the over stale stoic replies that were the mainstay of advice since the turn of the 19th into the 20th century. Dear Abby brought an acidic wit coupled with an understanding of the issue at stake that was delivered with a brevity of words that made not just easy reading but got readers addicted to their daily dose of advice.

Within a few years the column was syndicated to over 1,400 newspapers boasting a combined readership of 110 million people. Van Buren had become a super star agony aunt and that success also got her onto the air with the successful Dear Abby radio show hosted on CBS between 1963 and 1975.

Abigail Van Buren published five Dear Abby books and a further tribute book called: 'Where were you when President Kennedy was shot'. The book was the result of the sackfuls of letters Abby received about the death of JFK. She was the queen of one liners that made it thoroughly enjoyable compiling my list of 15 of the best Abigail Van Buren quotes.

The columnist Judith Martin described her thus: "She really wanted to help people. Yes, she wrote with humor, but with great sympathy. She had an enormous amount of influence, and for the good. Her place in the culture was really extraordinary"

The advice columnist Carolyn Hax talked of the sisters legacy: "Any of us who do this owe them such a debt. The advice column was a backwater of the newspaper, and now it is so woven into our cultural fabric. These columns are loved and widely read, by people you wouldn't expect. That couldn't have happened without them"

Her daughter and agony aunt successor Jeanne Phillips shared this eulogy: "My mother leaves very big high heels to fill with a legacy of compassion, commitment and positive social change. I will honor her memory every day by continuing this legacy" says her daughter" 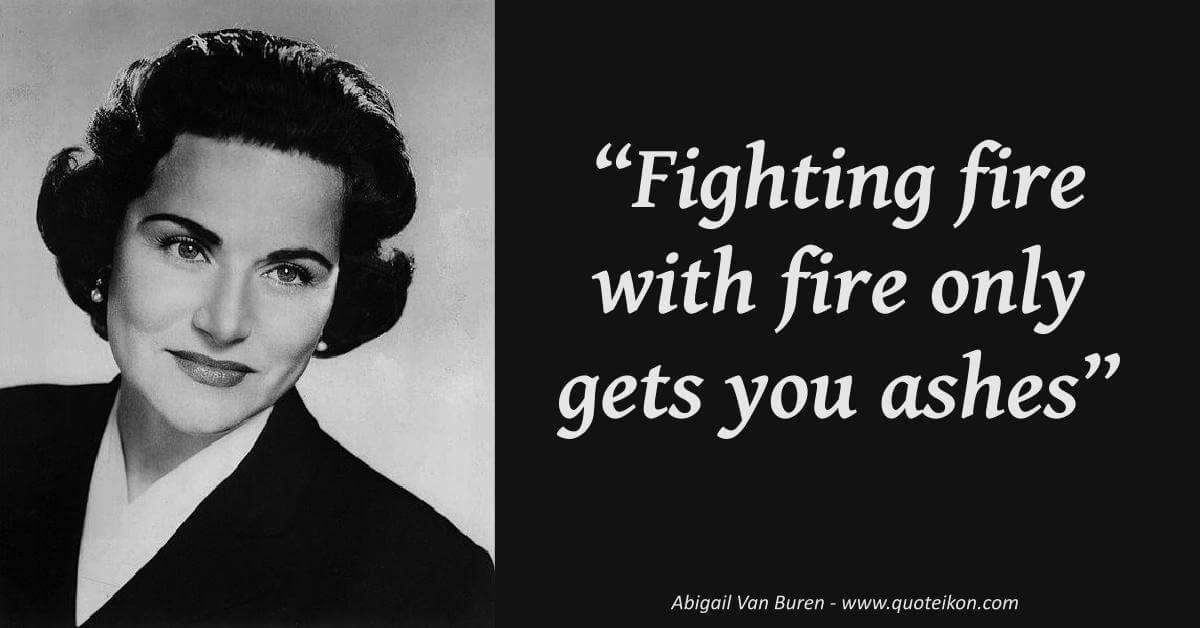