As classical cellists go none can match the impact Yo-Yo Ma has had in the twentieth and twenty first centuries. This child prodigy who has performed since he was four years old has played to eight presidents dating back to JFK in the early 1960's in a career spanning nearly his entire life.

Completely dispelling the notion that nice guys finish last Ma's undisputed musical talent is matched by his modest humility in a world where the ego usually promotes the talent it is a refreshing change indeed.

On this very subject Yo-Yo was quoted as saying "By observing the performance arts world, huge ego is very often matched by huge insecurity" but Ma despite his success from a pre-primary school age has kept his feet firmly on the ground.

Yo-Yo's Silkroad project is another success based in talent and humility where he has reached out to artists from every corner of the globe to come together in musical collaborations that know no borders and where traditional music is fused to produce some diversely unique recordings.

When he's not performing the likes of Bach he's also good for a one liner, so this is my compilation of 16 of the best Yo-Yo Ma quotes

The Financial Times critic Laura Battle was impressed to say: "Heir to a legacy left by Pablo Casals and Mstislav Rostropovich, the greatest cellists of the 20th century, Ma is now pre-eminent - but he is loved not just for his musicianship but for the openheartedness he brings to his art"

The eminent conductor Esa-Pekka Salonen was impressed to say: "He had this tremendous skill and charisma, and he was doing it on stage. There was tremendous energy and expression of every note he played"

A Washington, D.C. newspaper, The Evening Star, had a journalist report about his 19th November 1962 performance where the audience included; John F. Kennedy, Dwight D. Eisenhower and with Leonard Bernstein conducting it was described thus: "Child prodigy Yo-Yo Ma, seven-year old cellist, who is accompanied on the piano by his 11-year-old sister, thrills the multitude at the Armory gathered to hear the special benefit show to promote the building of a National Cultural Center here" 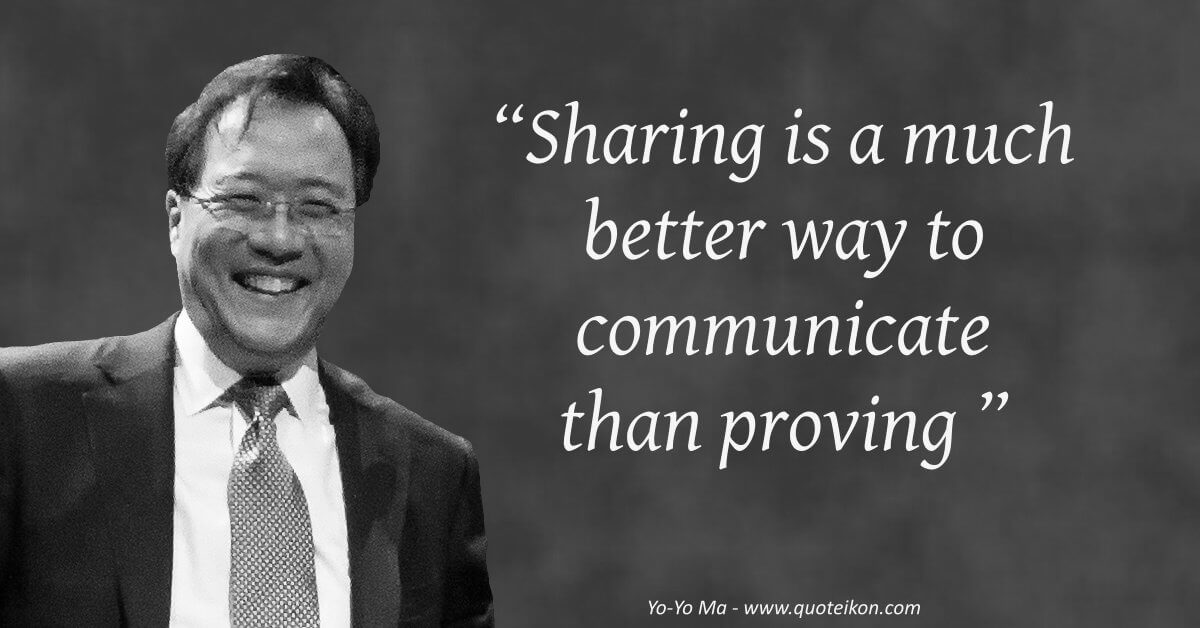