William James was born into a wealthy and successful New York family that during his childhood twice crossed the Atlantic which gave the youngster an opportunity to practice and hone his French and German language learning.

James strove for and obtained his degree in medicine at Harvard but the pull of the healing hands profession did not satisfy his longing for intellectual stimulus and he was drawn into the field of psychology.

With no formal training he was quoted as saying about his new profession: "I never had any philosophic instruction, the first lecture on psychology I ever heard being the first I ever gave". The old saying 'if the shoe fits, wear it' rang true as he took to psychology and philosophy like a duck to water.

William's work on the philosophy of pragmatism was ground breaking and he was the first to offer a scientific psychology course to students in America. His work lay the foundations for modern psychology, it evolved somewhat in the 20th century mainly because every budding young philosopher since his day has studied his teachings and used them as a platform for intellectual discussions and improvement of the science behind it.

I have a penchant for philosophers as I find their teaching fascinating, they also make the best one liners, so this is my compilation of 22 of the best William James quotes

The neurobiologist Bernard Baars said this of him: "Consider William James' 'self as observer'. It is hard to see anything impossible about it if we think of observers as pattern recognizers"

The philosophical author Will Durant described him by saying: "The manner, if not the substance, of James’s thinking was specifically and uniquely American. The American lust for movement and acquisition fills the sails of his style and thought"

The neuroscientist Francis Crick made this assessment: "The American psychologist William James discussed consciousness at some length. In his monumental work The Principles of Psychology... he described five properties of what he called "thought." Every thought, he wrote, tends to be part of personal consciousness. Thought is always changing, is sensibly continuous, and appears to deal with objects independent of itself .... It implies withdrawal from some things in order to deal effectively with others"

The author William Barrett shared this observation: "Of all the non-European philosophers, William James probably best deserves to be an Existentialist"

The philosopher Edwin Arthur Burtt gave this comparison: "Berkeley, Hume, Kant, Fichte, Hegel, James, Bergson all are united in one earnest attempt, the attempt to reinstate man with his high spiritual claims in a place of importance in the cosmic scheme" 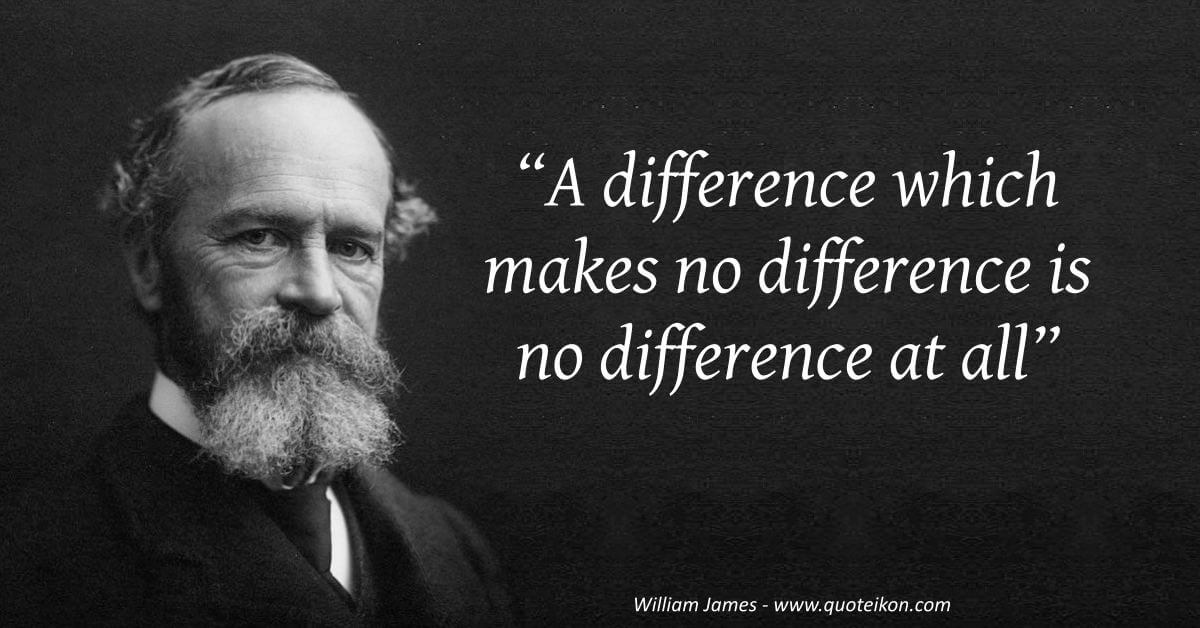