In an award winning scientific career spanning seven decades Francis Crick contributed to the advancement of scientific research with his collaborative research earning him a share of the 1962 Nobel Prize for Physiology or Medicine in 1962 for the identification of the structure of DNA.

As with many first discoveries his success was based on the work of others as Crick together with James Watson drew on the work of Maurice Wilkins and Rosalind Franklin which led to their ground breaking identification in 1953. Crick started his scientific career at the University College London where he obtained his Bsc in 1937.

The outbreak of WWII saw him working for the Admiralty on developing naval mines and he helped design an effective mine to combat German minesweepers. After the war he changed direction to learn biology at Cambridge and it was here that he met James Watson and in 1951 their research into DNA began in earnest culminating in them publishing a paper in the April 1953 edition of the scientific journal Nature depicting their identification of the DNA double-helical structure.

Crick continued to explore the structure of DNA molecules before expanding his interests into neuroscience and consciousness. He authored several books including Of Molecules and Men (1966) and Life Itself (1981). He died in 2004 and his heirs auctioned off his Nobel Prize medal in 2013 for in excess of $2 million.

In another sale a letter Crick wrote to his son describing his DNA discovery sold for a mouth watering $6 million after both items had been locked away in storage for more than 50 years.

In 2016 the Francis Crick Institute opened in London making it is the largest biomedical research centre in Europe.

From the finest scientific minds come the greatest lines so here is my compilation of 13 of the best Francis Crick quotes.

The molecular biologist James D. Watson made this observation: "Conversations with Crick frequently upset Sir Lawrence Bragg, and the sound of his voice was often sufficient to make Bragg move to a safer room. Only infrequently did would he come to tea in the Cavendish, since it meant enduring Crick's booming over the tea room"

The neurologist Oliver Sacks was impressed to say: "I told him stories about many of my patients, and that each one set off bursts of hypotheses, theories, suggestions for investigation in his mind. Writing to Crick a few days later, I said that the experience was "a little like sitting next to an intellectual nuclear reactor"…. I never had a feeling of such incandescence"

The neuroscientist Christof Koch summed up the man in a short sentence: "He was editing a manuscript on his death bed, a scientist until the bitter end" 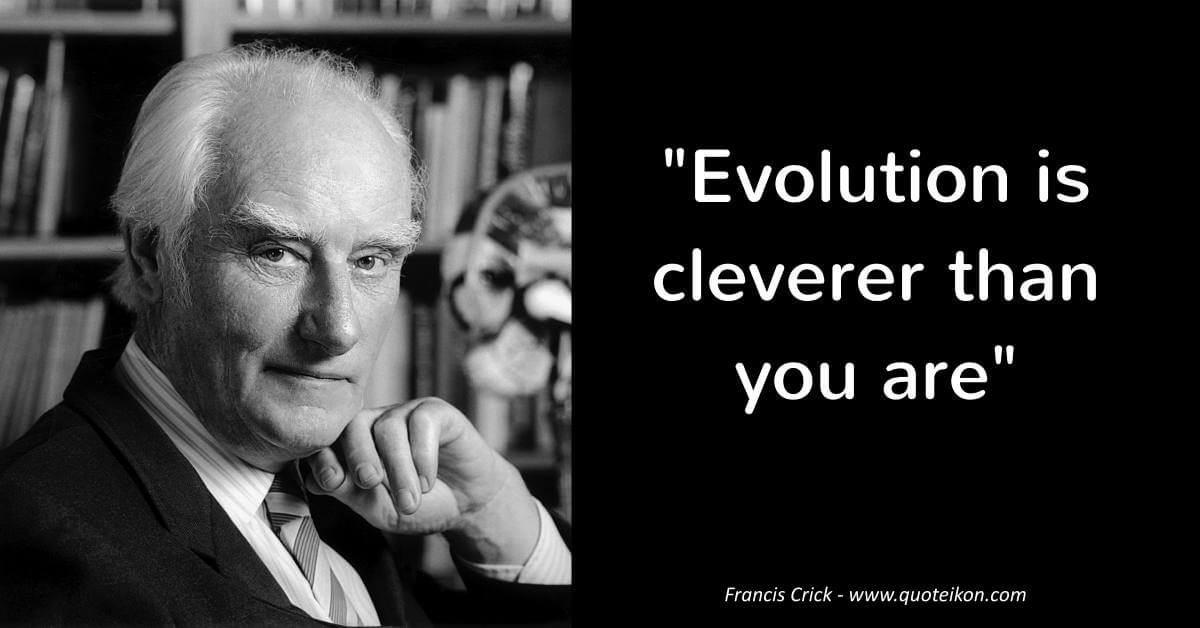