Vicente Fox will go down in history as the opposition presidential candidate who broke 71 years of political dominance by the Institutional Revolutionary Party (PRI) by winning the 2000 election.

Fox had a history of success before his political ascendency to the highest office in Mexico, after securing a bachelor's degree in business administration in 1964 he joined the Coca Cola company and quickly rose to the top position of CEO. Fox broke the hegemony a rival company held as the best selling soft drink in Mexico with his slick campaigns promoting Coca Cola until it surpassed the sales record held by Pepsi.

After he left Coca Cola in 1979 Fox concentrated on his ranch and participating in various public activities in his home state of Guanajuato, this led him to pursue a political career where he sought to make change for the betterment of all Mexicans.

In 1995 Fox was elected governor of Guanajuato and he served for 4 successful years earning the respect of his people and raising the expectancy of a nation as he was hailed as the man who could beat the incumbent political regime who the people had grown weary of their stagnant arrogance.

Fox was duly elected in 2000 and he enjoyed 6 successful years as president. He may not have made the big difference he had hoped but his was a presidency of transition towards change and and in political terms change takes time.

Vicente had a smooth image and he endeared himself to the people with quotes like: "I am the only candidate to have ever milked a cow", meaning he could relate to the grass roots of agricultural workers, and "I like reading Octavio Paz's novels" to appeal to readers of Mexico's leading literary light.

His opponents branded him as more of a personality than a politician saying he was all image and no political ideas. Amidst all the political hubris he shared many controversial one liners so this is my compilation of 21 of the best Vicente Fox quotes.

President Donald Trump hit back on twitter: "FMR PRES of Mexico, Vicente Fox horribly used the F word when discussing the wall. He must apologize! If I did that there would be a uproar!"

The academic Roderic Ai Camp made this assessment after his election: "The election of President Vicente Fox in Mexico has introduced some remarkable political changes that presage dramatic, long-term implications beyond this decade"

The columnist Ruben Navarrette delved below the surface of political bickering to say this in the Dallas News: "I have to criticize Fox - as I would any former president of Mexico - for having the gall to scold the United States for its attempts to keep out Mexican immigrants who travel north because they are poorly served by their government. The reason that millions of illegal immigrants from Mexico find themselves at the tender mercies of someone like Donald Trump is because their own country failed them. Fox would do well to remember that" 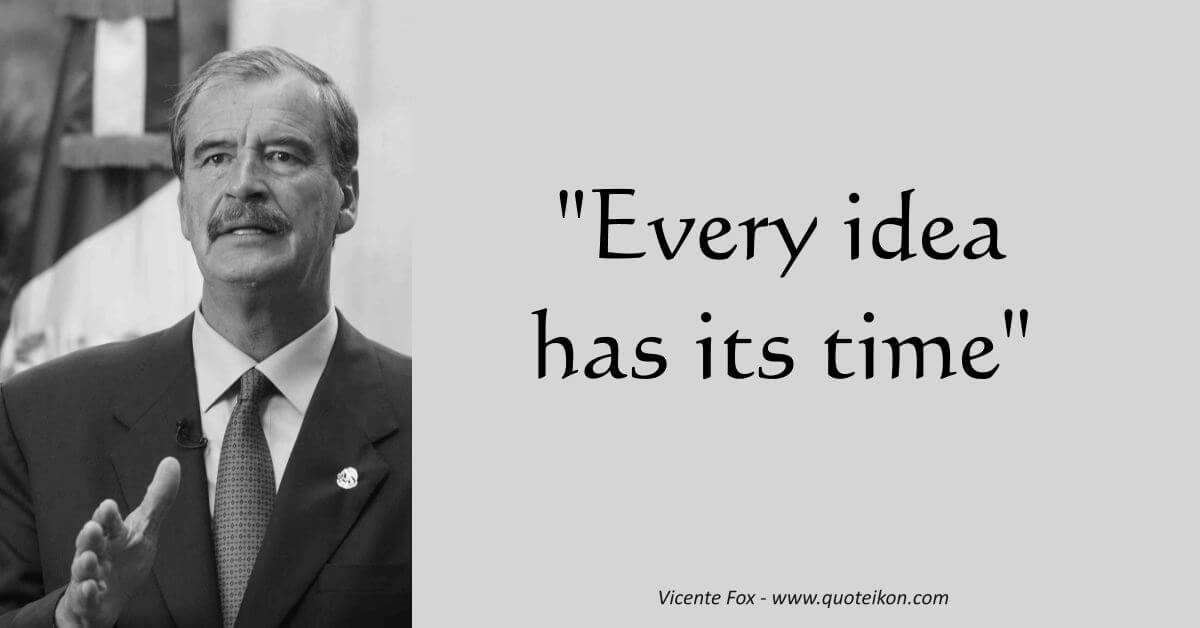