Octavio Paz is revered as one of the great Latin American writers of the twentieth century whose poetic journey into the Mexican persona won admirers across the globe and opened doors for him to indulge his art for writing on a more international sphere.

The insightful cultural glimpses were not just limited to his Mexican homeland as he travelled far and wide with the governments diplomatic service which saw him hold posts in France and India.

In 1937 Paz was invited to the Second International Writers Congress in Defense of Culture held in Spain during the height of the civil war. Whilst warming to the Republican side of the Spanish civil war there is no evidence to suggest he actually joined the armed struggle and put some of the Franco fascists to the sword, although I'm sure he did poetically.

Paz was a prolific writer throughout his life and penned many books consisting of both prose and poems. For many years he held the thought and culture of the Hispanic world and was eventually rewarded with the 1990 Nobel Prize for literature.

We expect great words with hidden meaning to come from the pen and the lips of great writers and Paz did not disappoint as he was also good for many wise one liners. So this is my compilation of 20 of the best Octavio Paz quotes

The novelist Carlos Fuentes once described him as the: "greatest living Mexican writer, great renovator of the Spanish language, great universal poet and essayist"

The critic Ramón Xirau gave this thoughtful assessment: "The poetry of Octavio Paz, does not hesitate between language and silence; it leads into the realm of silence where true language lives"

The Mexican President Ernesto Zedillo was moved to say at his passing: "This is an irreplaceable loss for contemporary thought and culture - not just for Latin America but for the entire world" 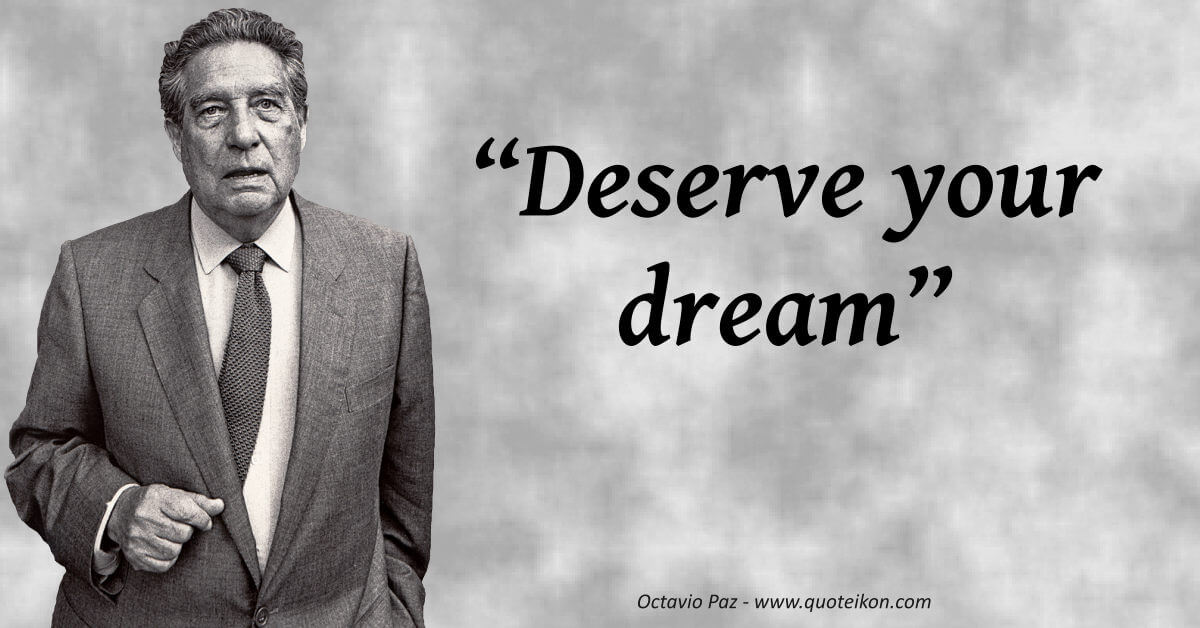