Thabo Mbeki was born into a political family driven by the struggle for independence via the African National Congress (ANC). His father was a staunch communist and a leading member of the ANC who edited its editorial mouthpiece the 'New Age'.

At the start of a crackdown by the apartheid authorities they banned the New Age and its editorial staff were blacklisted in a precursor to the upper echelons of the ANC being arrested. In 1964 Thabo's father Govan Mbeki was imprisoned with the other leaders (Nelson Mandela, Walter Sisulu, Raymond Mhlaba, etc..) on charges of terrorism and treason.

The young Mbeki was advised by the ANC to leave the country and go into exile. He spent the next 28 years in exile mainly in the U.K. where he passed his masters degree in economics and only returned to South Africa after the release of Nelson Mandela.

During his exile he organised numerous campaigns and petitions against the apartheid regime and worked tirelessly to raise awareness of the plight of the political prisoners in his native country.

Mbeki succeeded Nelson Mandela in 1999 to become the second president of South Africa, a position which he held for nine years. It was always going to be a hard act to follow Nelson Mandela's foot prints into the presidency but during his tenure the economy grew by 4.5 per cent and the ranks of the black middle class rose considerably.

Statesmen like Mbeki always makes research interesting when sifting through his speeches and press statements, so here is my compilation of 17 of the best Thabo Mbeki quotes

Kenyan President Uhuru Kenyatta welcomed Mbeki's input: "The project you are engaged in is very important to us. Peace and stability are key for the region’s development and prosperity"

Archbishop Desmond Tutu asked Mbeki an awkward question: "What is black empowerment when it seems to benefit not the vast majority but an elite that tends to be recycled?"

The politician Tony Leon said in disbelief: "It is difficult to think of a single other democratic nation in which the head of state descends, with such dogged regularity, into public attacks on individual citizens"

After a critical response from Mbeki Archbishop Tutu responded thus: "Thank you Mr President for telling me what you think of me, that I am a liar with scant regard for the truth and, a charlatan posing with his concern for the poor, the hungry, the oppressed and the voiceless" 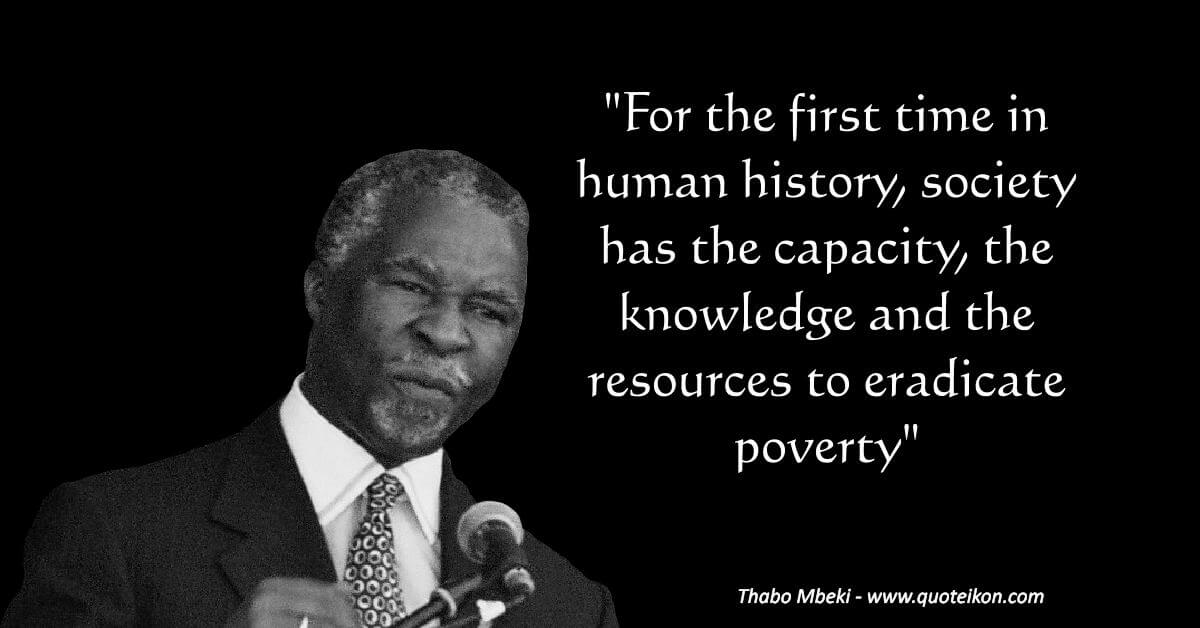