Robert Louis Johnson was born in a small Mississippi hamlet call Hickory and he was one of seventeen children to his school teaching mother and farmer father.

Johnson excelled academically in an education that led to receiving a masters degree from the esteemed Princeton University.

Johnson's biggest business success was the building up and selling of BET (Black Entertainment Television) for a reported $3 billion making him the first African American billionaire. He has since been joined in that billionaire club by Oprah Winfrey and Michael Jordan. Johnson has since mooted the opportunity to work with Winfrey when he was quoted in an interview in 2009 as saying: "I would love a call from Oprah saying, ‘Bob, I hear you’ve got this idea for this TV channel. I’d love to co-own that with you and develop it’".

In another first he became the first black owner of a major North American basketball team with his majority holding in the Charlotte Bobcats who later changed name to the Charlotte Hornets after Johnson sold his stake to Michael Jordan.

Twice married he has led a colourful life which has seen him utter some memorable one liners over the years and here is my list of 16 of the best Robert L. Johnson quotes.

Michael Jordan enthused: "I think Bob's going to do well. He has the first thing that you need in owning a basketball team, ... which is loving the game. And he's willing to fork over the money to make sure he builds a team solid"

The actor and a co-founder of Plan!t Now Morgan Freeman made this statement in 2011: "I am pleased to partner with Bob Johnson and his ClubCharity.com platform to help individuals who are most in need during critical weather months"

The business executive Bill Kennard was impressed to say: "Bob has shown tremendous commitment to developing talent in the African American community" 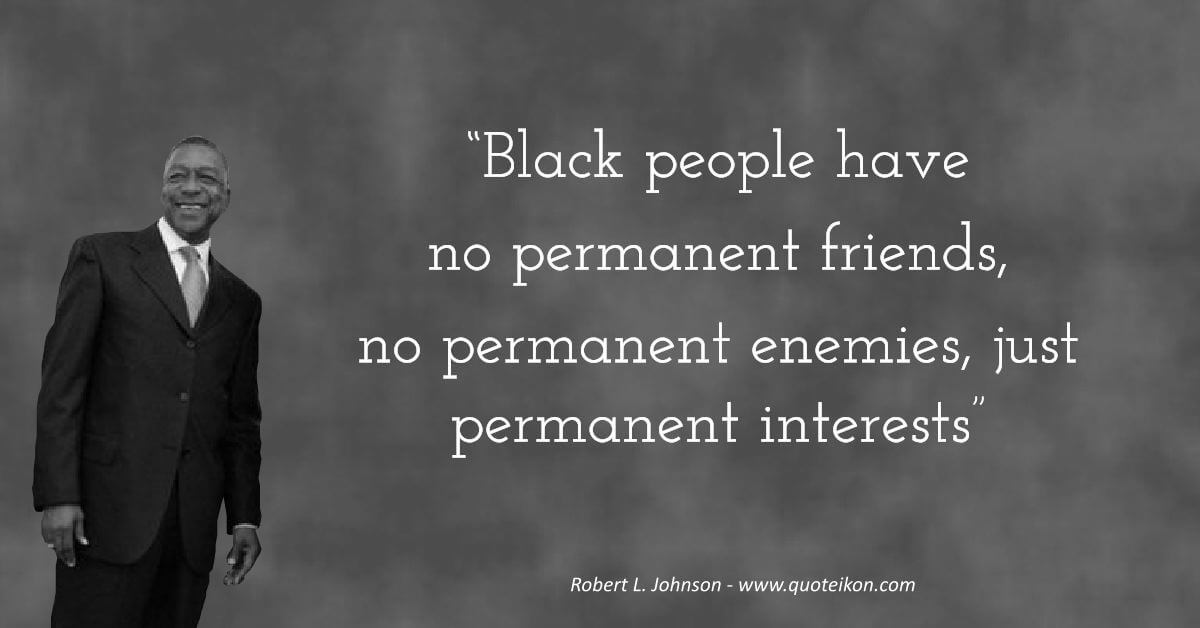