Morgan Freeman is the multi talented American actor with the deep and authoritative voice that has become a trademark of his leading him to be ranked in the top ten biggest box office stars of all time. His journey has seen him nominated for an academy award on 5 occasions while actually winning an Oscar only once for his performance in 2005 as the Best Supporting Actor in "Million Dollar Baby" (2004).

His distinctive voice has earned him roles as a narrator in a number of documentaries including the highly rated National Geographic Channels The Story of God with Morgan Freeman. While on the subject of celestial creators he even played God himself in the 2007 movie Evan Almighty, another notable character he played was Nelson Mandela in the 2009 movie "Invictus".

In the 1960's he mostly played bit roles in movies and started his theatre career while in the 1970's Television was Freeman's medium of choice showcasing his acting talents on the kids TV show The Electric Company between 1971 and 1977.

The 1980's was the time when he finally broke into Hollywood and once he got started he has never looked back and has been involved in more than 80 movies. Great actors are looked up to as role models giving a greater meaning to anything they say and are usually good for a one liner, so this is my compilation of 20 of the best Morgan Freeman quotes

The actor Jim Carrey was impressed and intimidated: "Morgan Freeman is so class. Man, he's so cool and... kind of scary. He terrified Tom [Shadyac, the director] - it was hilarious. Tom didn't know what to do with Morgan.... To me he's one of those guys that every actor is afraid of, because you walk on screen with him and you've got to be ready. Be ready, or he'll burn your soul"

Tim Robbins was inspired to say: "With Morgan, his generosity and the giving that he approaches the work with not only make you a better actor but also make it so much easier to be on a set. I think that has everything to do with confidence.... I always felt Morgan was quite secure in his talent. He had a strong sense of confidence in the way he approached the character, and that confidence rubs off on people who work with him. There was a great understanding in him of what should be prioritized on a movie set and how energy should be spent"

Jack Nicholson added intrigue when describing his persona: "He’s a mysterious man, Morgan. I sort of wondered how we got on so well. We hadn’t seen as much of each other over the years and I know now. Where have you been Morgan? Well, I was in Belgrade. The man moves. He flies. You never know where he is. He’s a man of mystery. No doubt about it" 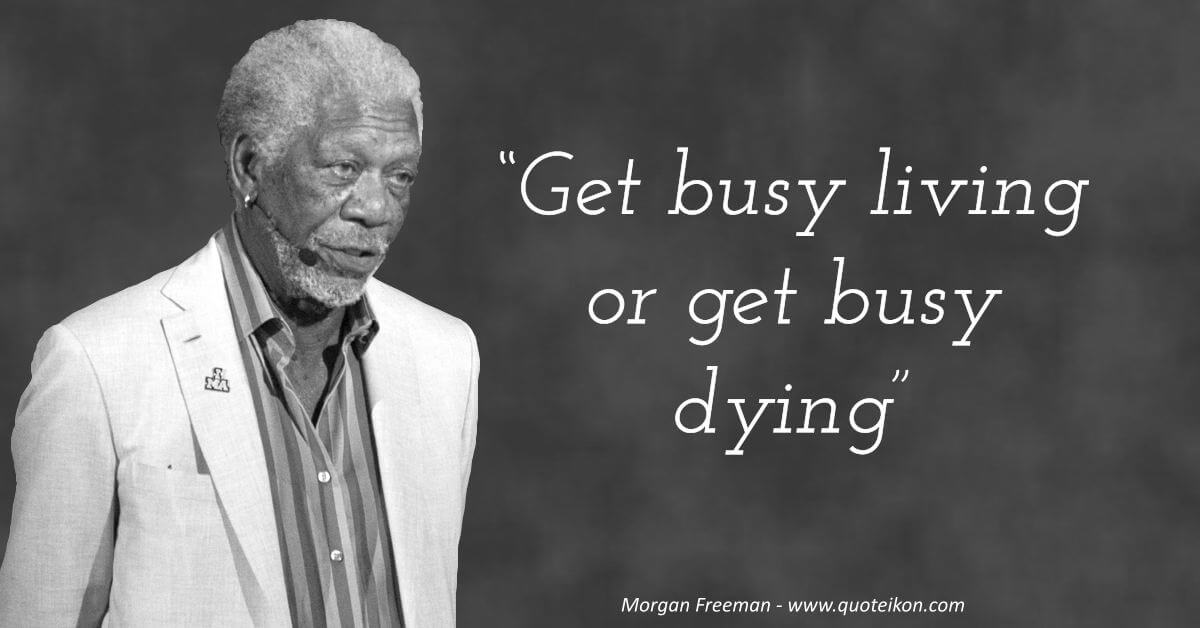