Peter Paul Rubens was the quintessential painter who could turn his canvas into a masterpiece whether he were painting a portrait or a landscape.

He was best known for his nude art of curvaceous ladies in what became known as the Flemish Baroque style and the term Rubenesque is given full meaning as it is still used to this day to describe ladies of a voluptuous nature.

Rubens was fortunate to travel and study the Italian masters of the renaissance period and he quickly learned to hone his trade as he sketched his way through the galleries of Europe.

His work got noticed in the higher echelons of Italian society and he progressed through the major royal courts of Europe where he became the artist of choice in France, Spain and even England. Rubens became a diplomat of some note that was, along with his art, recognised with knighthoods by both Charles I of England in 1624 and Philip IV of Spain in 1630.

Today Rubens works of art can be found at the most significant art galleries in the world and on the rare occasion a Rubens comes up for sale it tends to be eventful to say the least for an old masters. Two Peter Paul Rubens paintings hold the record for Old Masters that were sold at Sotherby's and Christies auction houses. The Master of the Innocents (1609–11) fetched usd$76.5 million at Sotheby's London in 2002, while Lot and His Daughters (1613–14) by Rubens set a new record for an old masters at Christies in 2016 when it sold for usd$58.1 million

John Constable found inspiration: "In no other branch of art is Rubens greater than in landscape"

The historian Simon Schama spoke of where Rembrandt took his inspiration: "For an entire decade, Rembrandt measured himself compulsively against 'the prince of painters and the painter of princes': Peter Paul Rubens. To become singular, Rembrandt had first to become someone's double"

The author Roger de Piles' described Rubens temperament "He was of tall stature, of stately bearing, with a regularly shaped face, rosy cheeks, light-brown hair, eyes bright but not with restrained expression, a pleasant expression, gentle and courteous"

The German artist Max Doerner admired his technique: "Rubens avoided painting in such a way that the color sank in. The luminous clarity of his work was proof of the excellence of his technique.. ..his colors had so much brilliance and binding medium within themselves, that, like van Eyck's pictures, they had a gloss without needing to be varnished"

The philologist Jan Gevaerts was impressed to say: "Peter Paul Rubens, Lord of Steen, who among the other gifts by which he marvelously excelled in the knowledge of ancient history merited being called the Apollos not only of our, but of all time, who made himself a pathway to the friendship of kings and princes"

The poet Constantijn Huygens missed the company of his friend: "My desire to enjoy your wonderful conversation is not a passing thing. I don't know what demons have robbed me of your company"

The artist Jan Breughel was praiseful: "Signor Rubens had made a painting of the best kind in the center showing his merit, a lovely Madonna. The birds and animals are made from life from some of those of the most serene Infanta" 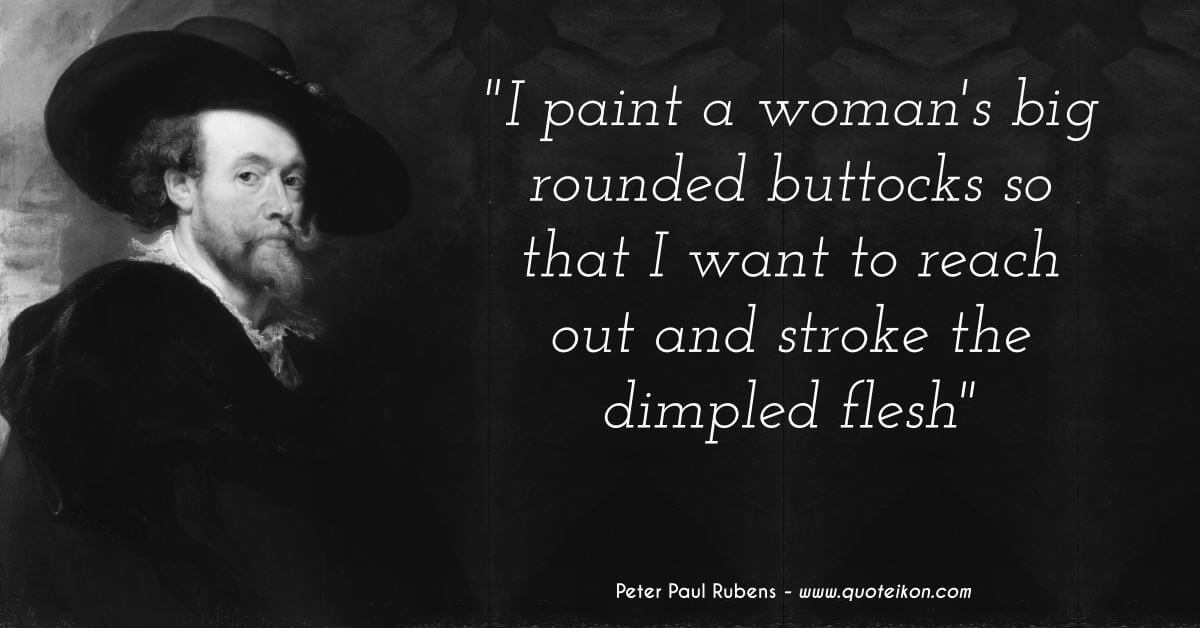