John Constable was an artist for all weathers who studied atmospheric conditions to gain a greater understanding for his favourite subject which was landscape paintings.

He was never fully appreciated during his lifetime especially in his home country of England but in France the new wave of romantic artists would balk in appreciative amazement at his tender brush strokes of skylines. Indeed, some of his collection caused a sensation when presented at "The Salon" in Paris in 1924 with one of his more famous paintings "The Hay Wain" (1921) being awarded a Gold Medal from King Charles X of France.

He never ventured overseas to promote his paintings which contributed to his modest success during his lifetime and in on letter to his friend (Francis Darby) Constable was quoted as saying: "I would rather be a poor man [in England] than a rich man abroad".

His study of skylines was intense as he made detailed notes on changing cloud formations and John Constable was even quoted about his learned artistic ambition when he said: "We see nothing truly till we understand it".

Constable is classed, along with Joseph Turner, as on of the most important landscape painters of the 19th century. He was heartbroken at the death of his wife Maria Elizabeth Bicknell but he continued to care for his seven children up until his death.

Posthumously his work has enjoyed tremendous success as his paintings proudly adorn the walls in The Lourve, London's National Gallery, the National Gallery of Art in Washington D.C. and New York's Metropolitan Museum of Art.

The Dedham Vale area of Suffolk is now more commonly known as "Constable Country" because of the many paintings he created there. It is classed as an area of outstanding natural beauty located alongside the river Stour as it skirts the Suffolk-Essex border. Away from the easel he was also good for a one liner, so here is my compilation of 14 of the best John Constable quotes

The French Romantic artist Eugène Delacroix was inspired by him when he said: "He and Turner were real reformers. They broke out of the rut of traditional landscape painting. Our School, which today abounds in men of talent in this field, profited greatly by their example"

Henry Scott Trimmer wrote glowingly of his artistry: "As I write, June 10th, 1861, John Constable stands next to Gainsborough as a painter of English landscape. Whoever passes him will paint well indeed"

The author C.R. Leslie remembered this remark: "I have heard him say that the solitude of mountains oppressed his spirits"

The art historian Kenneth Clark was passionate about his legacy when he said: "Through his violence of feeling, concealed under a conventional exterior, he was able to revolutionise our own feelings about our surroundings. The conviction that open spaces and areas of rural scenery must be saved for the refreshment of our spirits owes more to Constable than to any other artist" 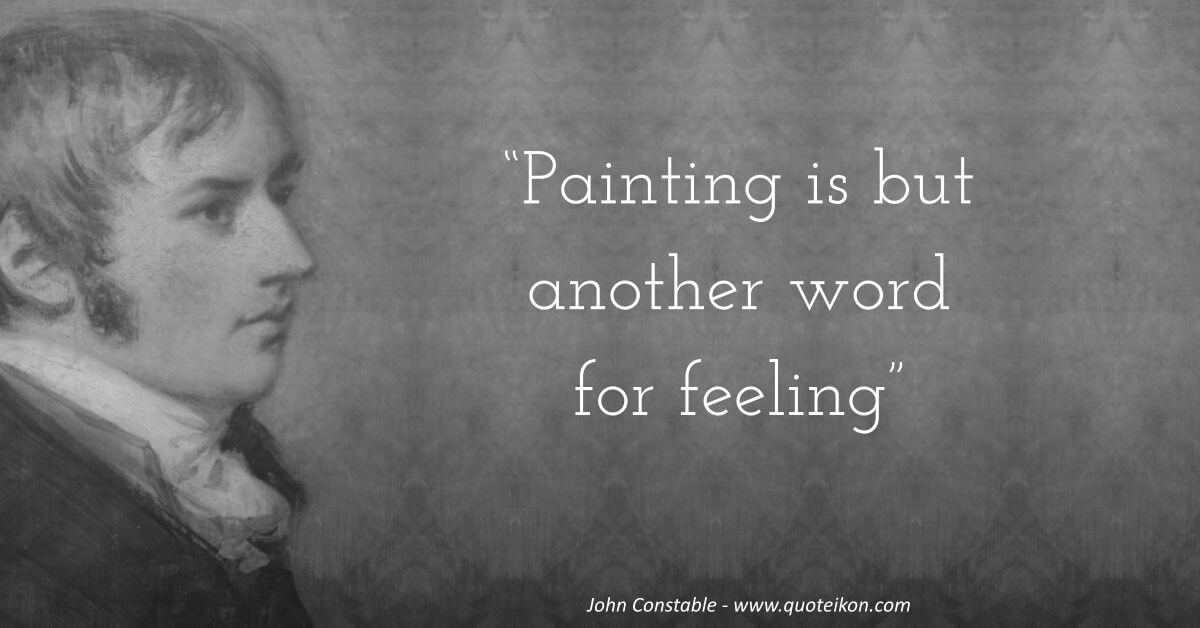