Paul Gauguin was the artist who went in search of paradise who did not find it but nonetheless he painted his interpretation of it all the same. Now over a century on from his death on the rare occasion a piece of his artwork comes up for sale they sell for millions of dollars.

Posthumous profit is common in the art world because of the finite numbers of works created and the further limitations of collectors hoarding them meaning the rarity value causes the bidding to sky rocket if they ever come up for auction.

Gauguin discovered his love for art when he was working as a stockbroker who after seeing a Paris art exhibition decided to take up painting and discovered he had a natural ability to turn brush on canvas into a fusion of bright colour that resolves into images that grasp the attention of the viewer.

Gauguin worked tirelessly in his spare time and frequented establishments where he could mix with kindred artistic free spirits of the post impressionism era. He became friends and painted with other greats of his era such as Paul Cézanne and Vincent Van Gogh, but somehow it just wasn't enough.

Gauguin wanted to free himself of what he saw as the shackles of European culture and express his artistic nature in a utopian paradise he had heard of in the South Pacific; Tahiti. Instead of arriving in a paradise island untouched by European culture he was disappointed to discover the missionaries had been busy brain washing the locals about the European religious belief system.

Undeterred (as he was at the point of no return) he created his own vision of Tahitian paradise and his artistic creations went on to inspire generations of artists that dreamt of giving everything up just to pursue an artistic lifestyle free of the stresses of modern urban living.

Some of Gauguin's quotes are masterpieces in themselves with powerful meaning such as: "There is always a heavy demand for fresh mediocrity. In every generation the least cultivated taste has the largest appetite", I chuckle to myself when I think what Gauguin himself would make of all the mediocre reality television being gratefully lapped up by todays generation.

In between the brush strokes of an artist there comes a time for spontaneous comment and this symbolist painter was always good for a one liner so this is my list of 21 of the best Paul Gauguin quotes.

Vincent van Gogh could sense his presence as an artist: "Gauguin interests me very much as a man.... More natural tastes - more loving and more charitable temperaments - than the decadent dandies of the Parisian boulevards have. Well, here we are without the slightest doubt in the presence of a virgin creature with savage instincts. With Gauguin blood and sex prevail over ambition"

The French painter Edgar Degas on what inspired Gauguin: "I advised him to go to New Orleans, but he decided it was too civilized. He had to have people around him with flowers on their heads and rings in their noses before he could feel at home"

The art critic Robert Hughes pondered this: "One may wonder if any painter in the last century put more meaning into his sense of colour than Gauguin"

The artist Camille Pissarro questioned his artistic motives: "He’s not a seer, he’s a schemer" 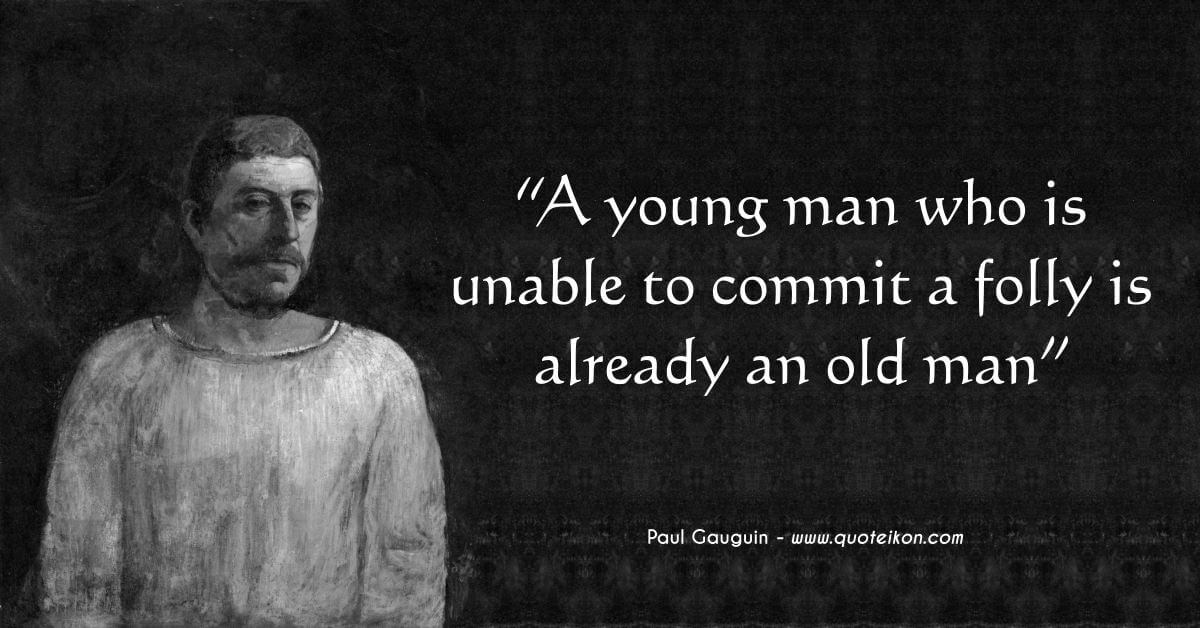