When you were born in Tokyo of British stock then raised in California by a stage actress mother who emphasised the importance of elocution while teaching her offspring the finer points of dramatic performance then there is all the ingredients of an actor ready to be unleashed.

Such was the upbringing of award winning actress Olivia De Havilland and her younger sister Joan Fontaine so it was little surprise that their interest in acting opened the stage door for them to shine. Getting an opportunity is one thing but having the talent to deliver is the difference between being a one hit wonder and maintaining a screen career as an active actor.

Olivia de Havilland had an acting career that spanned six decades and included her being a leading lady during the golden age of Classical Hollywood. Her breakthrough came in the 1930's and she starred with all the Hollywood greats of that era including the swashbuckling Errol Flynn and the suave charmer Clark Gable.

The 15 year period from 1935 to 1950 would see de Havilland carve her name into Hollywood history as a star of the golden age whilst she collected two Oscars for best actress along the way. The first Oscar was awarded for her role in the 1946 movie To Each His Own and the second academy award came for her performance in The Heiress in 1949.

Oscars aside Olivia is still most remembered for two of her movies with Errol Flynn (Captain Blood 1935 and The Adventures Of Robin Hood 1938) and the eternally loved Gone With The Wind in 1939. In all she made 9 movies with Errol Flynn and their smouldering on screen chemistry was nearly translated to an off screen romance as de Havilland later admitted she was smitten with the roguish Flynn but never let on about it at the time.

When Gone With The Wind was being screencast every leading lady was gunning for the role of Scarlett except Olivia de Havilland who deeply wanted to win the role of Melanie. Indeed Olivia did succeed in gaining the role she cherished so much and in doing so she wrote herself into movie folklore as Gone With The Wind became an eternal blockbuster that is still enjoyed to this day.

Much has been made of her so called feud with her sister Joan Fontaine but in reality it was nothing more than sibling rivalry maxed out by tabloid journalism and studios looking to make a quick buck. Olivia de Havilland had the Hollywood good looks but it was her depth of character acting that was her true talent meaning that was the reason Hollywood directors kept offering her scripts.

Great actresses are used to learning their lines and they often share many great one liners as pearls of wisdom so this is my compilation of 18 of the best Olivia de Havilland quotes.

Her sister Joan Fontaine on their sibling rivalry: "I married first, won the Oscar before Olivia did, and if I die first, she'll undoubtedly be livid because I beat her to it"

The movie historian Robert Osborne was praiseful: "One of the great gifts I have been given is a chance to know this extraordinary lady. She truly is one of the finest actresses in cinema history"

President George W. Bush when awarding her the Medal of Arts honor in November 2008 commended her: "for her persuasive and compelling skill as an actress in roles from Shakespeare's Hermia to Margaret Mitchell's Melanie. Her independence, integrity, and grace won creative freedom for herself and her fellow film actors"

The casting for Gone With The Wind was interesting because she was under contract to Warner and the dialogue produced the following quotes:

Gone With The Wind producer David O. Selznick was heard saying of her; "I would give anything if we had Olivia de Havilland under contract to us so that we could cast her as Melanie"

Here was Jack L. Warner's take on the situation; "Olivia, who had a brain like a computer concealed behind those fawn-like eyes, simply went to my wife and they joined forces to change my mind" 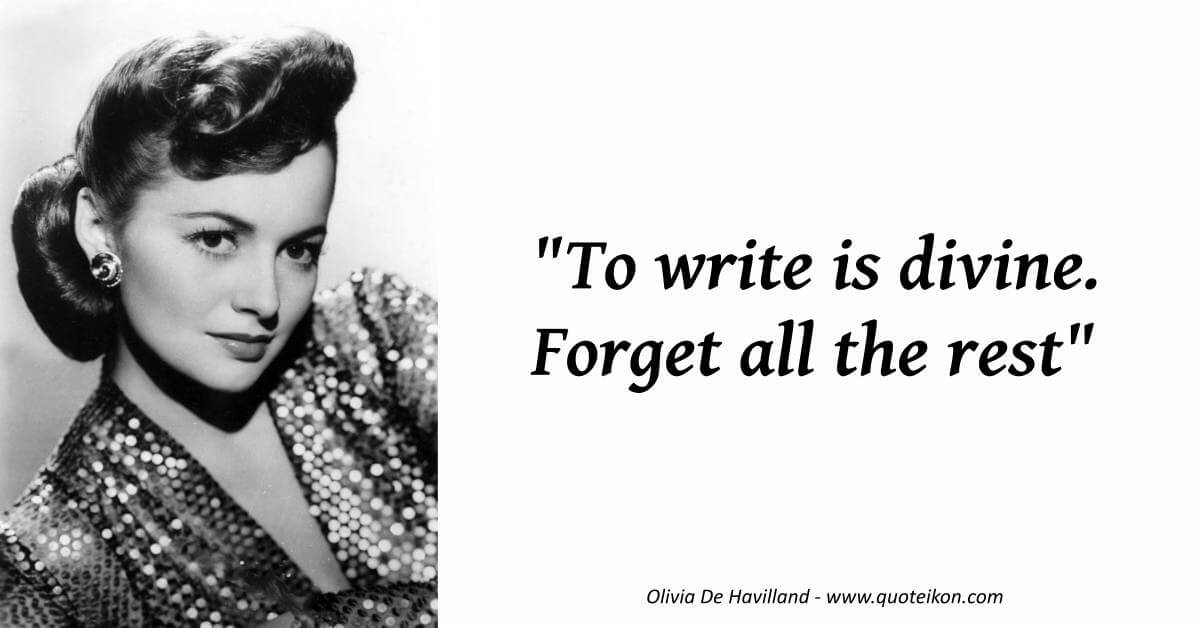 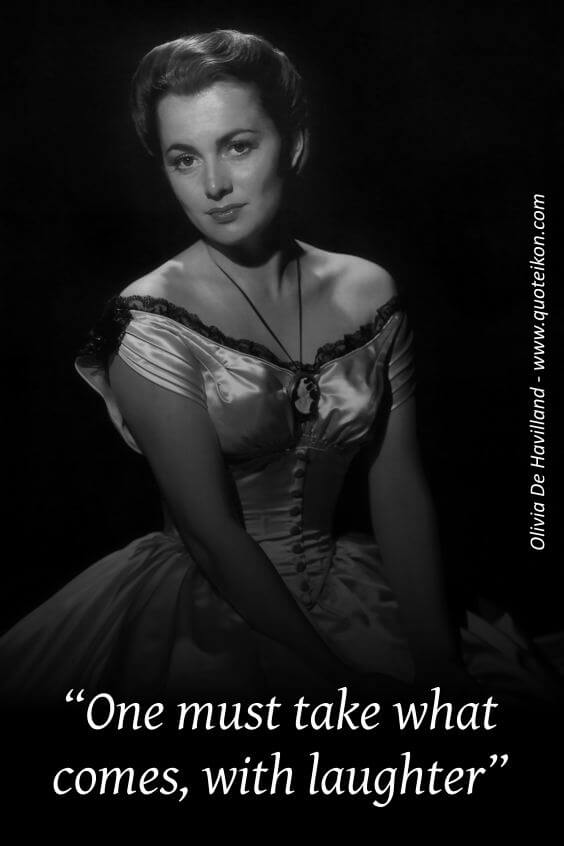