The 1970's was quite a decade for O.J. Simpson, he was at the pinnacle of his career with his athleticism and natural ability storming in touch downs on the football field while Hollywood was beckoning to cash in on and his good looks, charisma and box office appeal.

The world was at his feet and it seemed he could do no wrong as he was in demand as a sportscaster and advertising endorsements were rolling in. The 1980's were good to O.J. also with roles such as playing Detective Nordberg in The Naked Gun trilogy starting in 1988 enhancing his acting prowess.

The tabloids loved to run stories about him and he was good for box office until the wheels came tumbling off in 1994 with the murders of his ex-wife Nicole Brown Simpson and her friend Ron Goldman.

Simpson became a prime suspect and was subsequently arrested after possible the slowest police chase in criminal history. The subsequent trial was also big box office with 150 million viewers sat down with popcorn watching it all unfold.

The trial polarised people and much debate was aired about the not guilty verdict. In a separate trial in 2007 O.J. was imprisoned for 33 years for kidnapping, assault and robbery, he served 9 years and was released on parole.

Like him or loathe him he has given extra meaning to the description 'Marmite character' and he was good for a one liner too, so this is my compilation of 15 of the best O.J. Simpson quotes

Frank Olsen the former CEO of Hertz explained what advertising did for Simpson back in the day: "I took him places where I think very few black men had ever been"

Robert Shapiro the lawyer who defended Simpson admitted: "Not only did we play the race card, but we played it under the table"

In an interview with THR the prosecutor of the murder trial Marcia Clark was quoted as saying: "I don't think the pain of that trial is ever going to leave me.... I know we made mistakes.... But there were larger issues than the mistakes we made. The media turned it into a circus and everyone was going along for the ride"

The radio personality Howard Stern said this to Kim Goldman: "When somebody kills your brother, and they’re on the golf course, and they’re sitting there in their golf cart, living a life that, I mean, most people don’t get to live - it’s a pretty good life,. It’s got to be maddening. It’s insane"

The celebrity Kim Kardashian felt it all personally: "O.J. was Uncle O.J. to us, Nicole was Aunt Nicole. We felt like we were really in the middle of this trial" 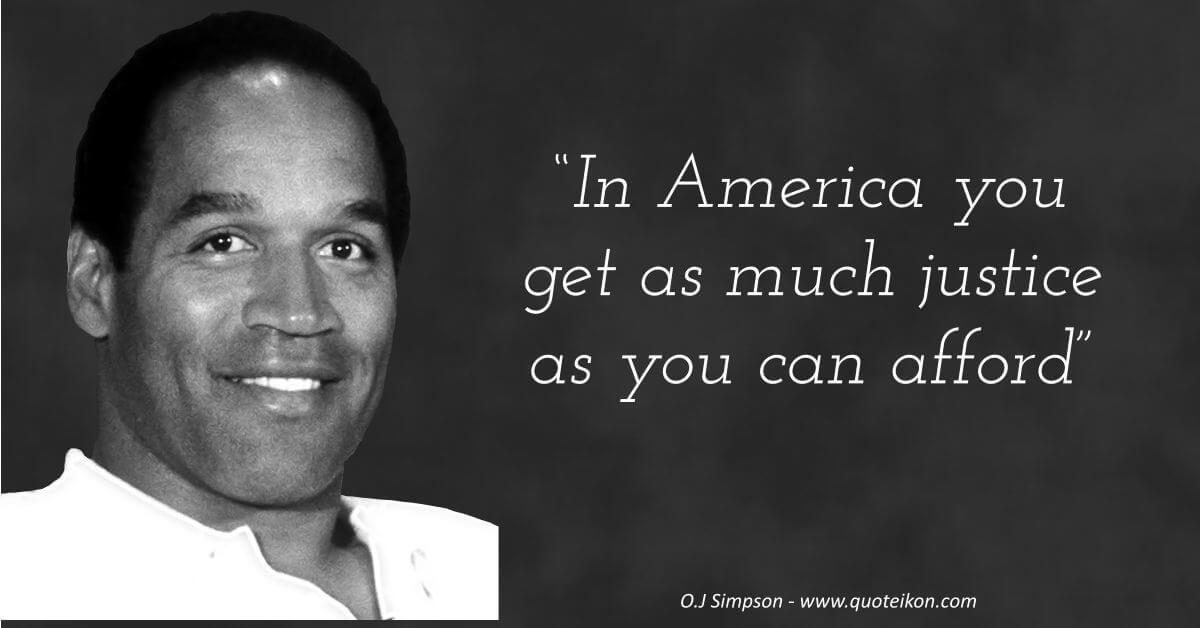