When Cus D'Amato discovered Mike Tyson at the tender age of 13 he could see the fire that burnt inside this barely turned teenager and despite Mike's 38 previous convictions and bad reputation he took the boy under his wing and turned him into a fighting machine unlike any other in the history of boxing.

As his body was trained his mind was molded into believing he was the most powerful destructive boy on the planet. The power of positivity was used to great effect and when combined with Mike's fast and ferocious punching power he truly believed he was invincible inside the ring.

It wasn't just belief as he was growing an air of invincibility around himself by his actions and this was harnessed superbly in his pre-fight entrance. Tyson always waited for the razzamatazz to be complete and then enter the arena silently, when he turned up it was clear he was there to fight. There was no theme tune, no robe, no socks and it was clear to his opponent that no prisoners were to be taken. The next opponent intimidation continued in the press with hacks slavering over Mike Tyson quotes such as: "I wanted to push his nose bone back into his brain" or "When I hit him, he screamed like a woman".

Unfortunately Cus D'Amato didn't live to see Iron Mike become world champion but he would have been proud to see his protégé become the youngest ever undisputed heavy weight champion of the boxing world at the age of 20.

Outside of the ring, life was a hard master for Tyson to conquer as his insecurities led him into one debacle after another. Here was the greatest warrior of his generation who once described his human interaction as thus: "My social skills consisted of putting a guy in a coma".

His fall from grace, although sadly predictable, was amplified by his previous successes as every tabloid editor demanded a piece of the great champion being cut down from his glory. Happily Mike Tyson is made of sterner stuff and he has come through the turbulent years and emerged as a man content with his life and at peace with both himself and the world.

As you would expect from a true world champion he wasn't short of a great quip or two, so here is my compilation of 15 of the best iron Mike Tyson quotes

His opponent David Jaco said of his fight: "He was quick, like a cat. He came in so low to the ground. I was bent over, trying to hit him. But he just came up and bang, bang. He was for real back then"

Another opponent Donnie Long had no recollection: "I remember going to the fight, and I remember waking up in the hospital. As far as the actual fight, I can't tell you a single thing"

Julius Francis rued the day he faced the boxing legend: "Tyson had this unbelievable intensity and ferocity about him. He hit me immediately with a big right.... I was shocked by the speed and power of the punches that followed. I was knocked down in the first round.... It was relentless" 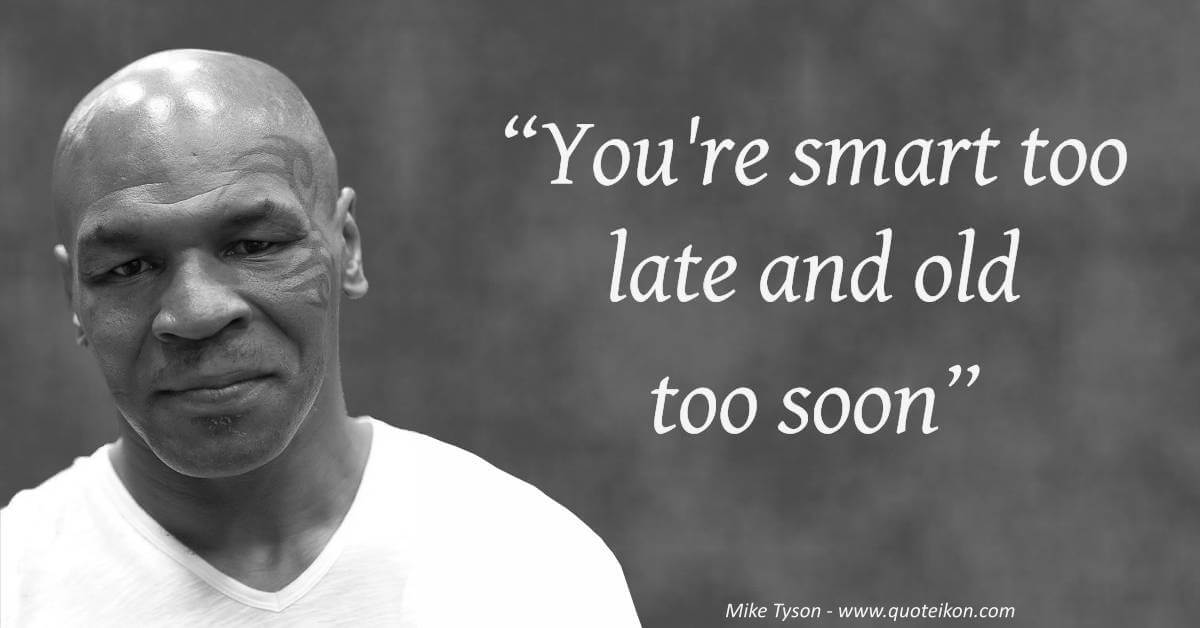