Marco Polo was not the first European to trek across what is now known as "the Silk Road" to the far east in search of trade but he was one of the first to colourfully document his travels. He spoke admiringly of a mighty empire using a strange parchment currency where gold, silver and jewels could only be traded by the Khagan (emperor) who was at that time Kublai Khan the grandson of the fearsome Ghenghis Khan.

In 1275 Polo was to visit Kublai Khan (the fifth Khagan of the Mongol Empire) at his summer home which was an opulent palace a few hundred miles north of Peking. Marco started working for the emperor as an emissary and travelled around his empire carrying out various tasks such as administration and tax collecting.

Polo witnessed an empire that had reached its peak and unbeknown to all at that moment in time would fall into a deep decline upon the death of Kublai Khan. Marco Polo travelled for twenty years through this empire and on his return to Venice in 1295 he was unaware that his friend the Khagan of the Mongol Empire had died the year previously in 1294.

In 1295 Venice was at war with Genoa and Marco Polo set sail to join the fray and was captured in the heat of battle in 1296. For the remainder of the war languished in a Genoese prison until his release in 1299. His incarceration was where he met the writer Rustichello da Pisa who was fascinated by his story and they spent their time on a collaborative manuscript that would become world renowned as "The Travels of Marco Polo".

His travelogue ensured he would go down in history as an influential traveller who was to inspire generations of future explorers and he was good for a one liner also, so here is my compilation of 16 of the best Marco Polo quotes

The biographer Laurence Bergreen commented on his recognition as the intrepid traveller: "He was: a chronicler rather than a fantasist. Vindication took a long time in coming, centuries, in fact"

The author Nick McCarty was energetic about his exploits: "In a life of ceaseless exploration, Marco Polo pushed out the borders of his narrow medieval world" 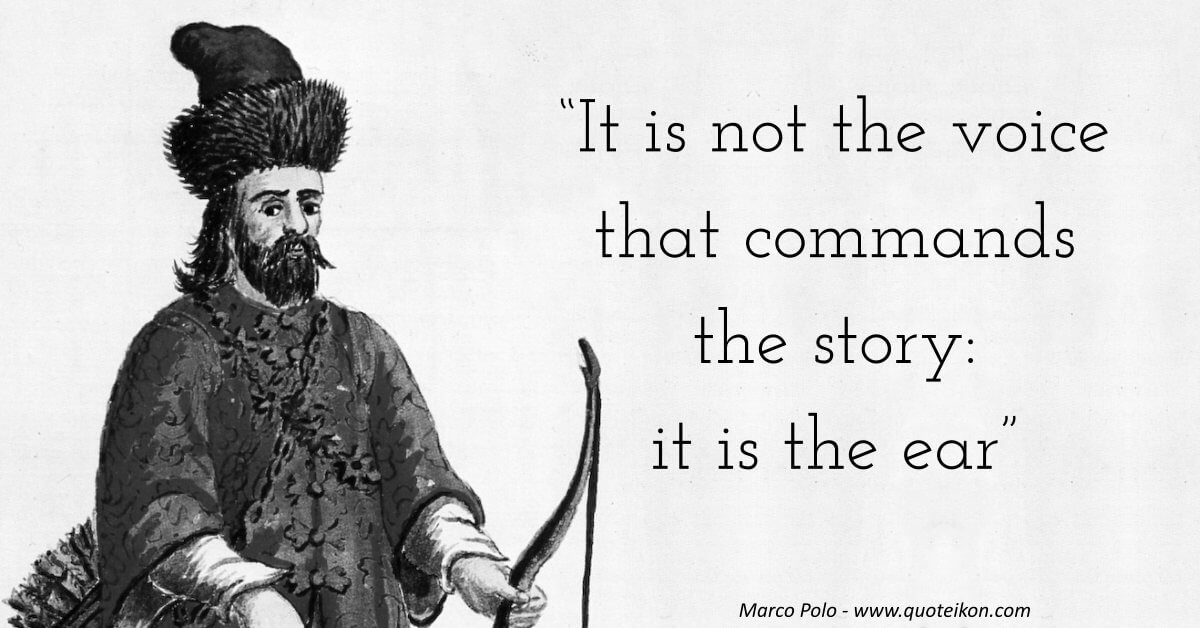