James Parkinson was born into a medical family in Shoreditch, London where his father owned a medical practice at 1 Hoxton Square. He enrolled at London Hospital Medical College in 1776 and earned his diploma of the Company of Surgeons in 1784.

He went on to take over his fathers Hoxton Square medical practice where he served for many years. James Parkinson wrote medical papers and essays for the medical community with his most famous work being The Shaking Palsy which marked him as the first person to describe in detail six cases of what is now known as Parkinsons Disease.

Partaking in his duties as a doctor in the early 19th century he despaired at the fate of what he termed as the wretched poor and its influence would see him become a social reformer and go into politics in an attempt to help the poverty stricken people at the lower end of the social order. He was also a pacifist and an outspoken pamphleteer at a time of seemingly unending war with Napoleon Bonaparte's France which drew the ire of some of the sabre rattling elite.

Because of the ramifications of the French revolution it was a time of nervousness for the powers that be and King George III along with the government of the day started to clamp down on the influence of political activists which put a stop to Parkinsons more radical publicised viewpoints.

His associate Dr. Gideon Mantell made this comment which was picked up in the 9th April 1955 edition of The Lancet: "Mr. Parkinson was rather below middle stature, with an energetic, intelligent, and pleasing expression of countenance, and of mild and courteous manners ; readily imparting information either on his favourite science or on professional subjects"

The professor of medicine Brian Hurwitz described his research thus: "Parkinson moved fluently across activities such as noticing, imaging, questioning, and writing, which enabled him to chart the evolving situations and points of view of sufferers from a malady with a long time course. His ability simultaneously to observe a situation from the perspective of sufferer and carer helped generate a rich and varied clinical phenomenology, one whose accuracy and detail allows us to appreciate the Essay as a highly disciplined inquiry" 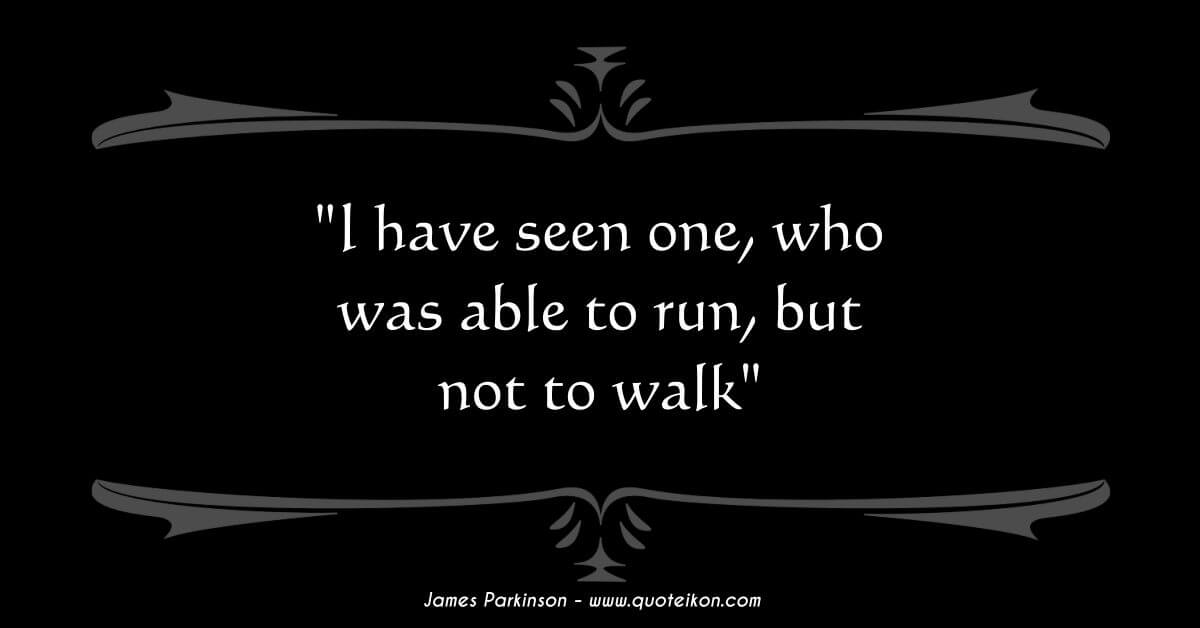