When Imran Khan bowled his last ball in first class cricket his status as a Pakistani sporting legend was secure having captained the 1992 world cup winning team he could have retired to an easy life in the commentary box but instead chose to bat on the sticky wicket of Pakistani politics where every day is played out in a corridor of uncertainty closely monitored by a military with a penchant for power and renowned for throwing the odd googly.

His storybook rise to fame was hard earned on the county cricket grounds of England where Imran Khan occupied the crease for Worcester and then Sussex where he made his name as one of the finest all rounders of an era bristling with the talents of Ian Botham, Kapil Dev and Richard Hadlee. He made his test debut in 1971 against England and went on to represent his country 88 times with an impressive batting average of 37 and bowling average of 22. His prowess as a fast bowler was confirmed when he came third in a fast bowling competition organised in Australia in 1978 with his speed recorded at a thundering 139.7 km/h.

The highlight of his career was undoubtedly the 1992 world cup final victory against the old enemy England where he played a captains innings scoring 72 runs including a massive six off Richard Illingworth that landed in the far reaches of the members section of the Melbourne Cricket Ground. The icing on the cake of the perfect final was when Imran took the decisive wicket of the hapless tail ender Richard Illingworth that won the match and crowned Pakistan as world champions.

Khan walked away from the sport as a superstar in cricketing circles and a legend in Pakistan where vested interests tried to tap into his success by tempting him to join various political party's all of which he declined.

In the 1990's Khan turned his back on his former celebrity lifestyle in a u-turn that has been described as going from a playboy to puritan as he rediscovered his religion in what was probably a calculated move to enter Pakistani politics. In 1996 he founded his political party Pakistan Tehreek-e-Insaf (PTI) in a move that would require all his legendary determination and perseverance to gain any success.

After 22 years of trials and tribulations Imran Khan finally aspired to his political ambitions when his party won the 2018 general election taking the cricket legend from Lahore to the highest seat of office in Pakistan. It had been a long and arduous journey following on from his final walk back to the pavilion in 1992 to ascending the steps of the Parliament of Pakistan as Prime Minster.

Imran Khan may have faced down the fiery fast balls of Jeff Thomson and Michael Holding but the PM's hot seat in Pakistan is the biggest challenge he has ever faced with a responsibility to a population exceeding 200 million in a country that has an unsavoury history of its leaders either being assassinated or forced to resign by a displeased military. He will need all his famed leadership skills to inspire hope in a nation crying out for the stability of a leader with a political compass primed for growth and not greed. Making his words of wisdom stand up and be counted is a feat in its own right and has contributed to this compilation of 30 of the best Imran Khan quotes.

U.S. President Donald Trump on his offer to Khan to mediate over Kashmir: "If I can help, I would love to be a mediator. It is impossible to believe that two incredible countries who are very, very smart with very smart leadership can’t solve a problem like that. If you would want me to mediate or arbitrate. I would be willing to do it"

His successor to the Pakistan cricket team captaincy Wasim Akram spoke of his qualities: "There are two types of people, the followers and the leaders. And he is definitely a leader. Not just in cricket - in general"

The current affairs talk show host Talat Hussain was shocked to say: "My programmes were being repeatedly censored. I was told that any suggestion that the 2018 elections were rigged or that the army was part of the running of the government by Imran Khan was unacceptable"

A political commentator Najan Seth spoke of Benazir Bhutto visiting his Lahore cancer hospital after it was hit by a bomb: "The last thing Benazir wanted was to make a martyr out of Imran. Everyone would turn against her"

The TV producer Gibran Peshimam gave this assessment of censorship under Khan: "there are many layers of censorship by many quarters ... it’s more sophisticated, and more nuanced, than it has been in the past"

The award winning Pakistani journalist Hamid Mir shared this observation: "General Zia was a dictator, General Musharraf was a dictator, but Imran Khan is a democratically elected prime minister. If he is behaving like Zia and Musharraf it is more painful. We cannot compare dictatorship with democracy. If we are facing censorship in a democracy then it is a fraud"

The journalist Declan Walsh described his political outlook: "Khan's ideas and affiliations since entering politics in 1996 have swerved and skidded like a rickshaw in a rainshower... He preaches democracy one day but gives a vote to reactionary mullahs the next"

The radical cleric-cum-politician Maulana Fazlur Rehman called him the: "Gorbachev of Pakistan"

The Indian politician Raveesh Kumar was not impressed with his rhetoric: "It was unbecoming of the office he holds. Pakistan not behaving as a neighbour should. This open call for jihad is not normal behaviour. He used provocative and irresponsible statements in UNGA too. I think he does not know how to conduct international relationships. The most serious thing is he gave an open call for jihad against India which is not normal"

The author Mohsin Hamid described him thus: "Imran Khan was a symbol of emancipatory virility" 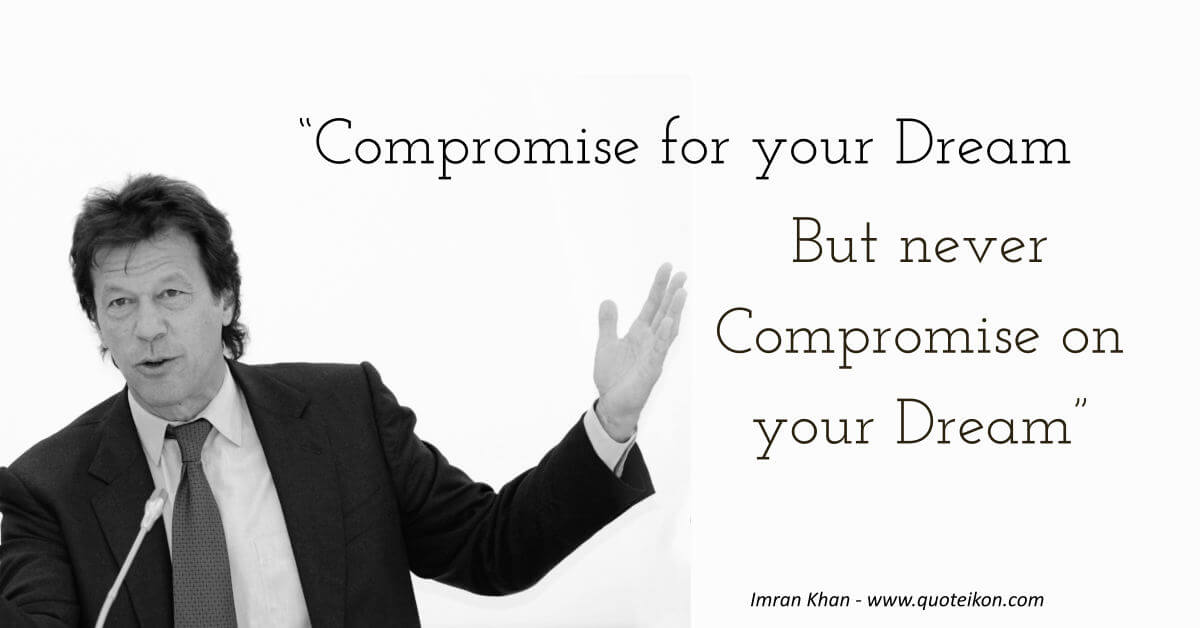