Henry Kissinger was the envoy the U.S. called upon in the 1970's and 1980's for the most difficult and complex world negotiations. The profile of this articulate politician seemingly rose as high as the president himself and he became a household name around the world in the latter part of the twentieth century.

His most notable achievement was negotiating the peace deal that eventually brought an end to the Vietnam war for which he received the Nobel Peace Prize in 1973 for his role that saw the withdrawal of American troops.

The global diplomatic heights he reached were a far cry from his family's escape from Adolf Hitler's Nazi Germany in 1938 when he was a 15 year old boy. As he came of age he was drafted to the army and when his intellect and language skills were noted he served against the Germans in WW2 in the military intelligence and saw action at The Battle Of The Bulge.

After the war he concentrated on his academic career in which he excelled, during the 1950's he served as a government consultant and positioned himself for a political career which started in earnest in the 1960's.

Kissinger became the unlikely sex symbol of the Nixon Administration in the 1970's, he was rarely out of the news with his diplomatic silver tongue keeping the peace around the world while charming his way into the spreadsheets and the tabloids alike.

He is considered by many analysts as one of the most effective Secretary of State of the United States in the 20th century as he held the position from 1973 to 1977 under the administrations of Richard Nixon and Gerald Ford.

After leaving office he has worked as a consultant on the international political scene and has authored many books on diplomatic history and foreign affairs. Quick thinking diplomats often create brilliant one liners, so this is my compilation of 15 of the best Henry Kissinger quotes.

Mohammad Reza Pahlavi, The Shah of Iran was quoted as saying: "Henry Kissinger is possessed of a truly superior intelligence, in addition to which he has two qualities which, unfortunately, many great men lack: he is able to listen and he has a very subtle sense of humour"

The author Christopher Hitchens was not so complimentary: "A good liar must have a good memory. Kissinger is a stupendous liar with a remarkable memory"

The satirist Tom Lehrer was at a loss to say: "Political satire became obsolete when Henry Kissinger was awarded the Nobel Peace Prize"

Historian David Rothkopf described him thus: "Kissinger was the charming and worldly Mr. Outside who provided the grace and intellectual-establishment respectability that Nixon lacked, disdained and aspired to. Kissinger was an international citizen" 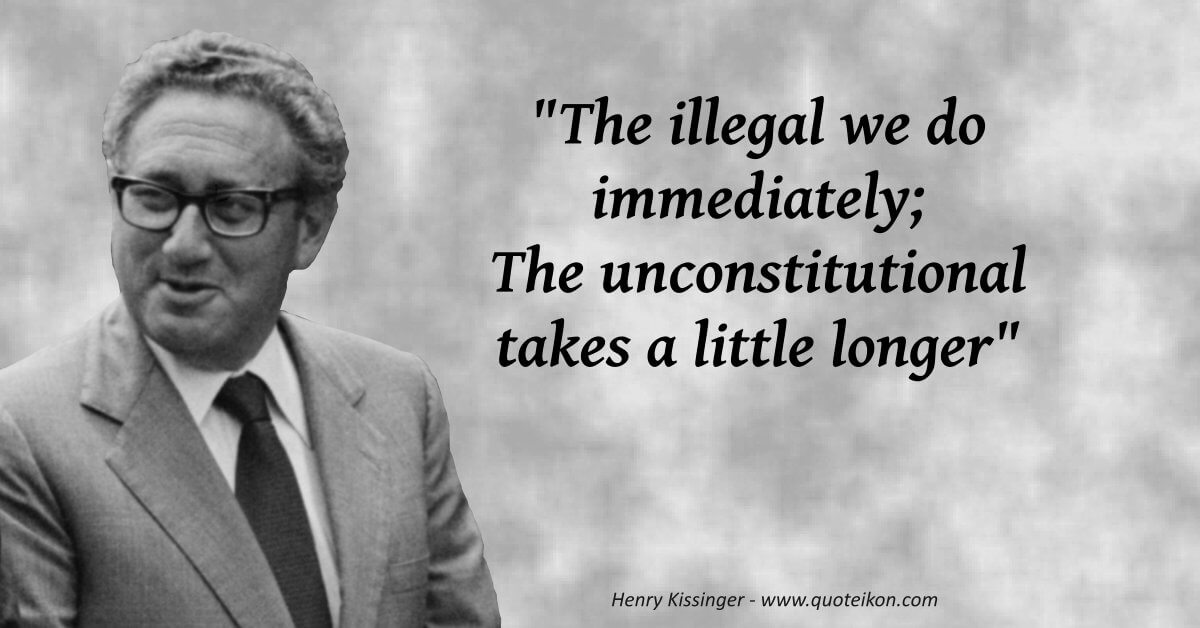