Before Hal Needham became a Hollywood stuntman he did some billboard promotional work for a well known cigarette manufacturer and he was also a paratrooper in the U.S. army where he served in Korea.

Once he started as a stuntman there was no holding him back, he regularly was stunt double for Burt Reynolds and Clint Walker and by the end of the 1960's he was the top earning stuntman in Hollywood. In his career he broke 56 bones including his back as well as losing a few teeth, he was a pioneer of introducing safety measures and techniques to stunts like airbags and formalizing the shotmaker camera car.

He also wrote the screenplay and later directed the box office hit "Smokey and the Bandit" starring his long time friend Burt Reynolds. He directed 10 movies in all including the box office successes of "Hooper" and "The Cannonball Run".

From some of the bravest men come some of the finest one liners to savour, so here is my compilation of 11 of the best Hal Needham quotes.

Burt Reynolds paid the ultimate compliment anyone can give for a stuntman: "I thought he was — and he was — the best stuntman that ever lived"

Arnold Schwarzenegger was impressed to say: "Hal Needham was a great stunt coordinator, director and an icon. I’m still grateful he took a chance with me in The Villain"

His son David spoke of growing up with the ultimate stuntman as your father: "He’d break bones, and he’d be out of hospital and doing stunts again in no time. He was just unbreakable" 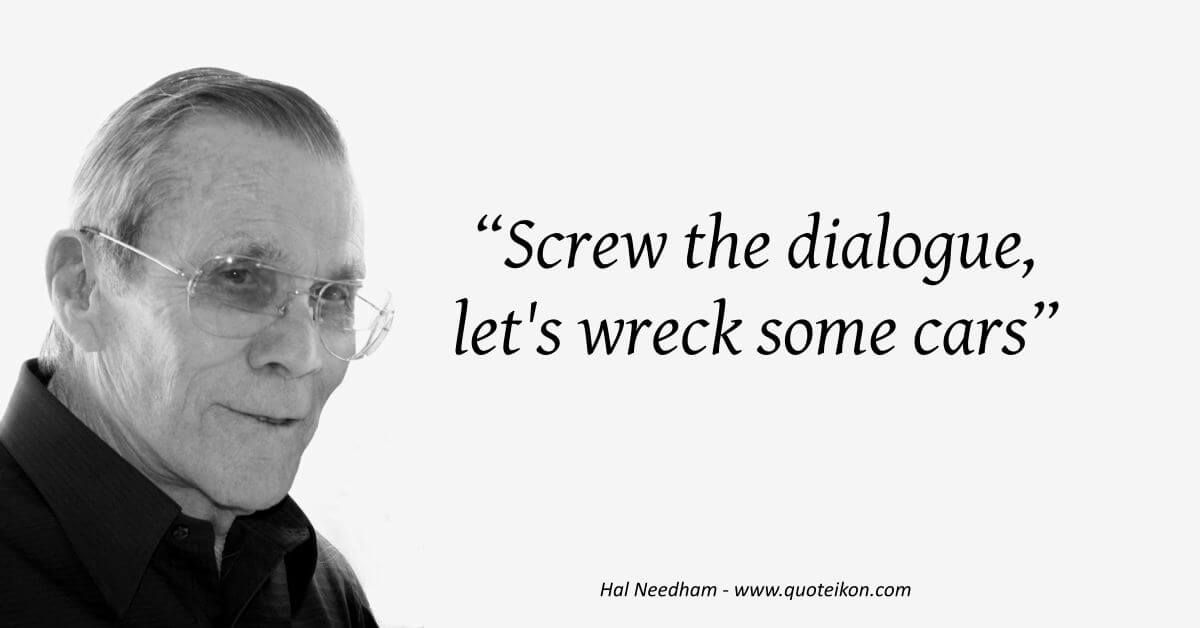