The Gustav Klimt story mirrors that of many a great artist where they sacrifice all their life for their art and only after their artistic pulse flickers out on this earth are they fully appreciated.

Klimt was a recognised artist during his lifetime who received many commissioned works but it pales into insignificance when compared to his posthumous success with his 1907 portrait called "Adele Bloch-Bauer I" being sold for a mind boggling $135 million USD in 2006. This now hangs in the in Neue Galerie in New York after being kindly donated by Ronald S. Lauder whilst 10 years later another Klimt "Adele Bloch-Bauer II" sold for $150 million USD in 2016.

Klimt started two artistic movements in Europe with The Company of Artists specialising in commissioned works and murals then later in 1897 he was a founding member of The Vienna Secession that focused more on unconventional art and brought to the Austrian public the works of famous foreign artists that raised the profile of Vienna in the art world.

In the summer Klimt liked to visit Lake Attersee just east of Salzburg in the Salzkammergut region where many of his wonderful winding landscapes were painted, this was also a summer home for his long time companion and muse Emilie Louise Flöge.

Much of his work was stolen by the Nazis and 13 of his paintings ended up being destroyed when the SS set fire to Immendorf Castle in southern Austria at the end of WWII, this adds to the rarity value of Klimts' existing paintings making them more valuable.

The artistic output of Klimt also courted controversy when his mural on the ceiling of the Great Hall of the University of Vienna was deemed pornographic and consequently banned from public viewing.

In his personal life Klimt fathered several illegitimate children and had quite a reputation as a womaniser although he never did marry.

Gustav liked to live simply away from the public gaze and spent most days at home dressed in his trademark kaftan and sandals happily whiling away the hours at the easel. Away from the brush and canvas he was good for quip also so this is my compilation of 12 of the best Gustav Klimt quotes

Art critic Federico Zeri spoke highly of him: "Gustav Klimt is fascinated by the feminine seduction, which exalts with the preciousness of clothes and environments in a hymn to beauty. As an interpreter of the Viennese splendor he is an esteemed artist and sees the value of his painting recognized"

The playwright and art critic Hermann Bahr revealed Klimt's art got his mojo working when he said: "Just as only a lover can reveal to a man what life means to him and develop its innermost significance, I feel the same about these paintings" 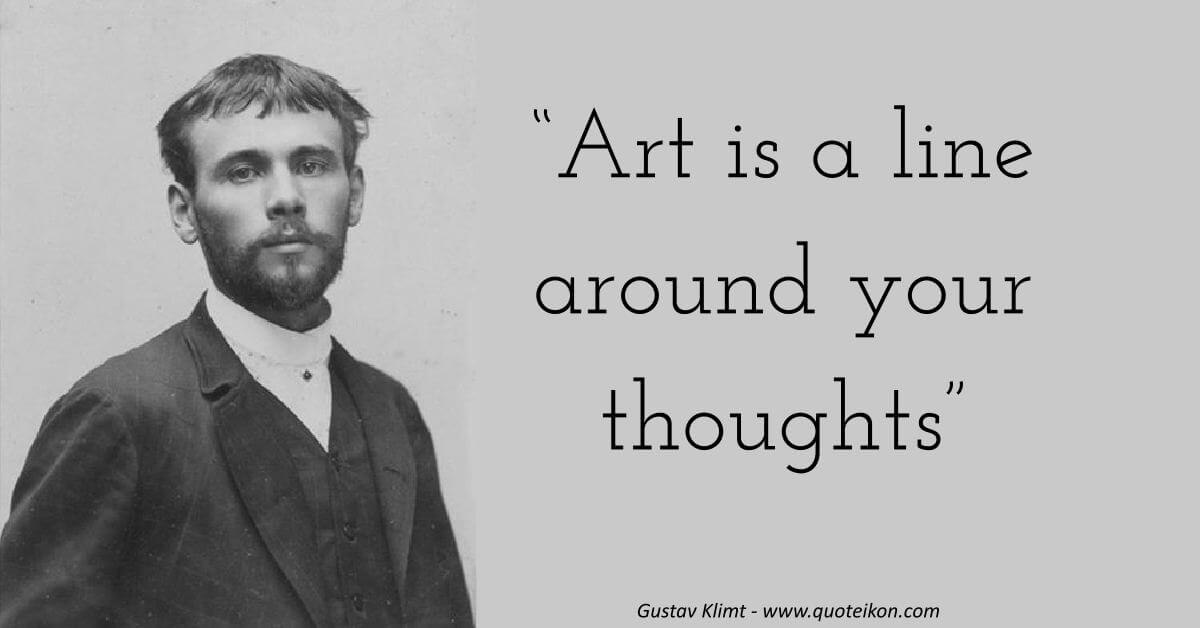 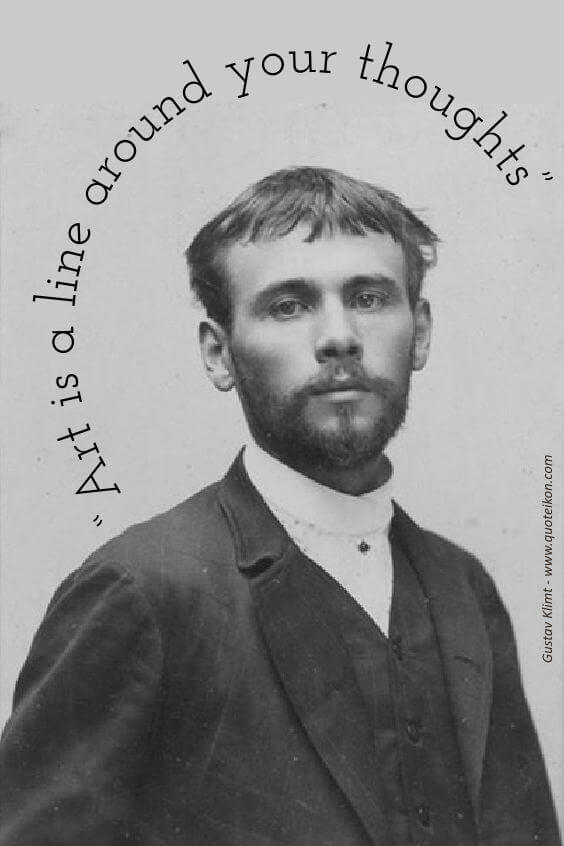