Darryl McDaniels was inspired in the late 1970's by Grandmaster Flash and the Furious Five, this led him to try his hand at DJ'ing which eventually led him to becoming a world famous rapper with Run D.M.C.

Darryl was adopted at three months old and never found out until he was an adult, however he enjoyed a happy upbringing in a stable family.

McDaniels' career with Run D.M.C. took off in the early 1980's and they hit their peak with the release of their third album "Raising Hell" in 1986.

After this success the band went slowly downhill with creative differences causing rifts between the members leading them to split. Despite releasing his autobiography in 1981 called "King of Rock: Respect, Responsibility, and My Life with Run-DMC" McDaniels was far from finished with his creative mind inspiring him to become a solo artist.

In 2014 Darryl achieved a personal ambition that burnt inside his creative soul since he was a kid when he started his own publishing company called D.M.C. (Darryl Makes Comics). Growing up he loved comic books so he was combining a passion he held dearly with his creative spirit resulting in the super hero donning his trade mark adidas sneakers, wearing a fedora hat and donning the customary rope chain whilst fighting the bad guys at the turn of every page.

His switch into publishing comic books was a career move even his staunchest supporters probably never saw coming leaving his fiercest critics grinding their teeth in despondent resignation at his success.

In his colourful life he was never short of a few quick witted one liners, so this is my compilation of 10 of the best Darryl McDaniels quotes

The music executive Riggs Morales was impressed to say: "I never fan out and use these words but, DMC, you were like my superhero, man. The way you looked and the way you sounded" 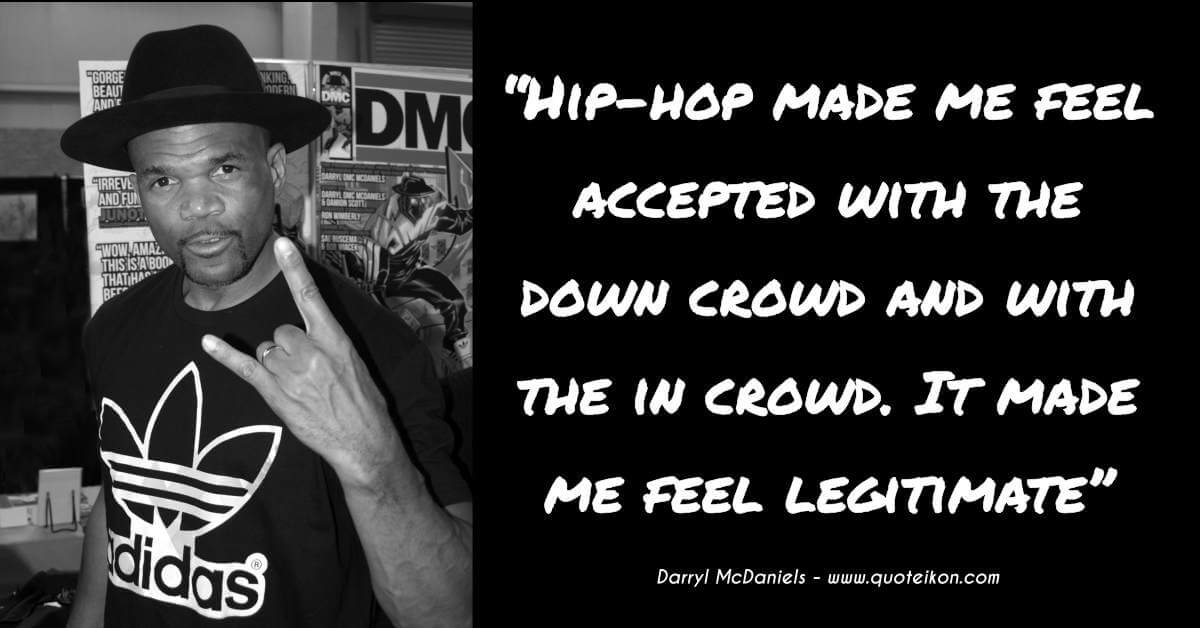