In the history of Irish national politics Charles Stewart Parnell stands out as a remarkable man who shook the British governments grip over Ireland by using their own parliamentary procedures in the heart of Westminster.

The 1880's was an era that produced some giants of British politics with the likes of Lord Randolph Churchill, William Gladstone, Lord Salisbury and Joseph Chamberlain but Parnell managed to outshine them all by organising his Irish Parliamentary Party to disrupt parliament and block vote against the party that did least to favour Ireland. With his commanding voice he cut a striking figure making speeches while his charismatic personality made him what could be described as a perfect politician.

He had the intellect too but it was his political strategies that really made him stand out to the point that Gladstone was quoted describing him as "the most remarkable man I ever met". Indeed such was Parnells political prowess that both the Tories and the Liberals sought alliances with him to gain his political clout.

1885 was a tumultuous political year with the Tories and the Irish voting to bring down Gladstones government in June leading to a delayed election in November. Parnell initially sought to help the conservatives into power but this was likely a ruse that garnered Gladstone's attention to the point he promised enough to establish an alliance with the Irish that saw Gladstone returning to power in 1886.

Parnell grew stronger as the decade was coming to a close only for an affair to surface that was to ruin his political ambitions. Being named as the correspondent in the divorce of his political ally Captain O' Shea and his wife Katharine first raised eyebrows and then headlines after Parnell refused to contest it. The Irish rallied behind him but his political reputation was dealt a killer blow in an era of high moral attitudes. Katharine was the love of Parnells life and he went on to marry her but wore himself out in his futile efforts to revive his political career.

He died in October 1891 but the Irish never forgot him and he was honoured with the largest funeral Ireland had ever seen up until that point. He was buried at Glasnevin Cemetery in Dublin and in excess of 200,000 people turned up to pay their final respects to the man who had through his peaceful political actions given the people of Ireland renewed hope and self respect.

In a political career of remarkable moments he was also quoted for some remarkable one liners, so here is my compilation of 12 of the best Charles Stewart Parnell quotes.

The British stateman David Lloyd George was complimentary: "Mr. Parnell has proved to the world the kind of leader the Irish nation is on the point of losing. He is a man of iron determination, inflexible will, matchless courage and audacity and of peerless skill as a leader"

The author Francis Stewart Leland Lyons described him thus: "He gave his people back their self respect. He did this ... by rallying an inert and submissive peasantry to believe that by organized and disciplined protest they could win a better life for themselves and their children"

The historian A. J. P. Taylor was impressed to say: "More than any other man he gave Ireland the sense of being an independent nation" 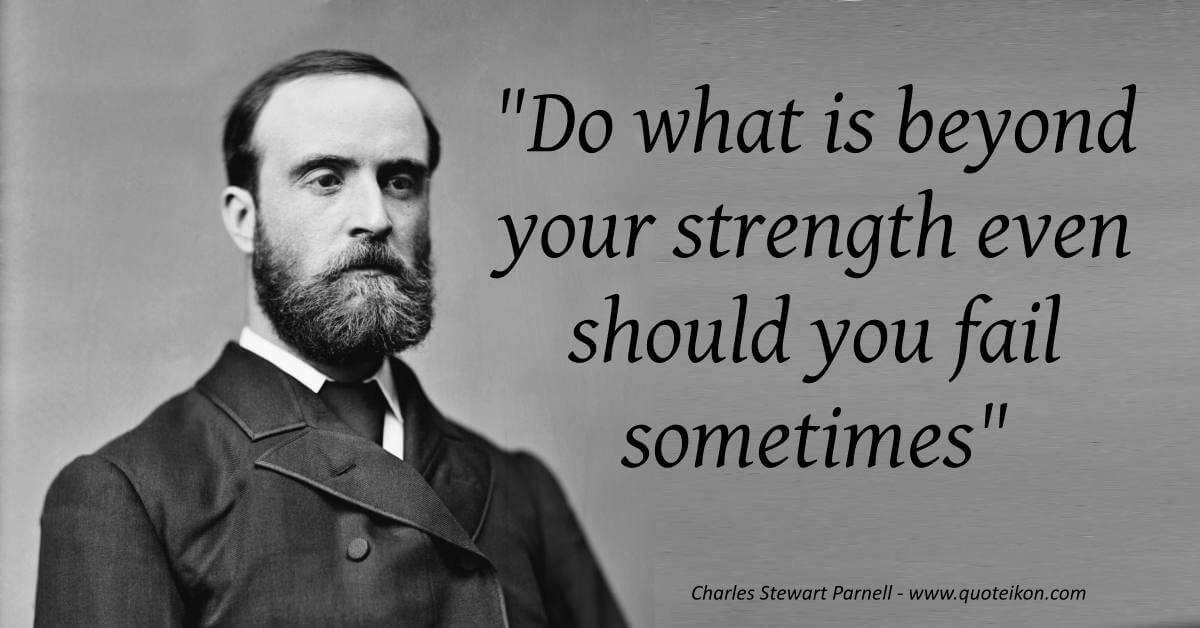