Charles Aznavour was born in Paris in 1924 to a musical family of Armenian descent and when he started performing as a child, little did he know of the glittering future fate was to bestow on him.

His record sales have run into hundreds of millions and within this Aznavour has penned more than 1300 songs and recorded them in eight different languages.

Charles Aznavour is considered as French musical royalty and has often been described as the French Frank Sinatra.

His voice is classed as a tenor but the flexibility in his vocal range sees him equally comfortable vocalising as a baritone.

On the silver screen Aznavour has appeared in more than 60 movies including the academy award winning film 'The Tin Drum' which was released in 1979.

He is the founder of the 'Aznavour for Armenia' charity that has been raising awareness on Armenian issues especially in the aftermath of the devastating Armenian earthquake of 1988.

Charles Aznavour is still singing at concerts in 2017 meaning that since his discovery in 1946 by French singer Edith Piaf he has been performing professionally for more than 60 years.

Charles Aznavour has to be considered one of the all time greats because there are very few performers who have shown such success spanning so many decades with the people still demanding the tickets. He was good for a one liner also so this is my compilation of 12 of the best Charles Aznavour quotes

Bob Dylan was gushing with his praise: "I like Charles Aznavour a lot, I saw him in sixty-something at Carnegie Hall, and he just blew my brains out"

The French poet Jean Cocteau commented on his style: "Before Aznavour, despair was unpopular"

The French President Emmanual Macron shared this assessment: "Charles Aznavour was profoundly French, deeply attached to his Armenian roots and known throughout the world. He has accompanied the joys and pain of three generations. His masterpieces, the tone of his voice, his unique radiance will long survive him"

The mayor of Paris Anne Hidalgo described him thus: "A Parisien who became a true icon of French song and a passionate ambassador for Armenia around the world" 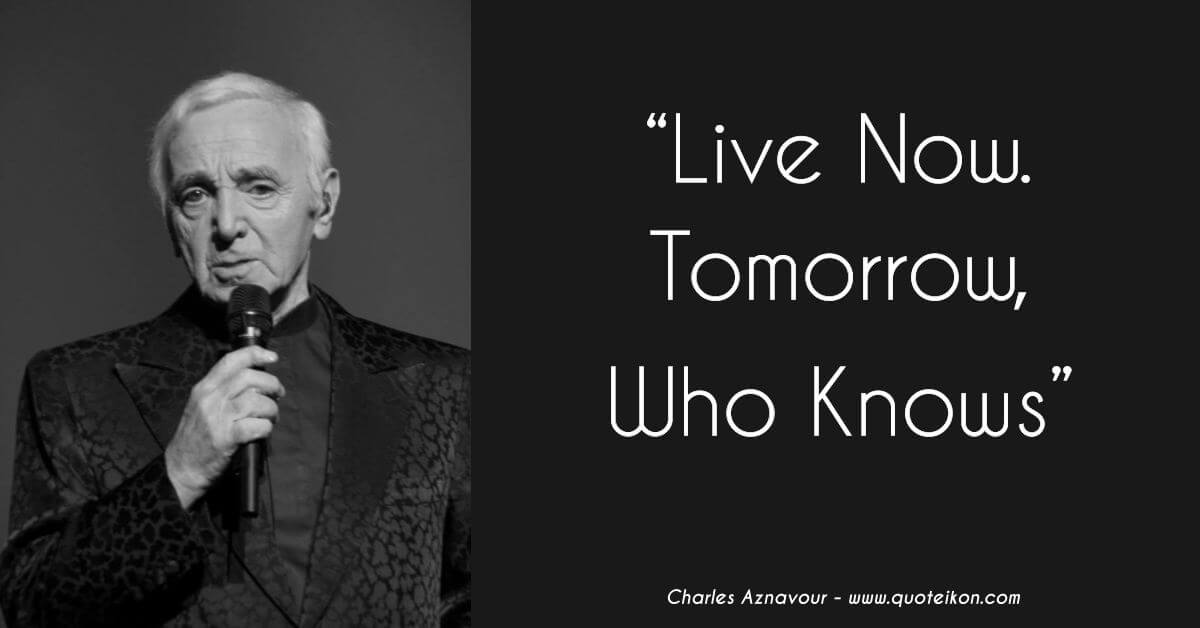