Carol Potter was born and raised in New York city although she attended Tenafly high school in New Jersey before going on to earn a Bachelor of Arts in social relations from Radliffe college in Cambridge, Massachusetts.

Her first foray into serious acting was in the 1977 Broadway production of Gemini by Albert Innaurato. This was her stepping stone into the world of TV acting with shows such as Ryans's Hope in 1977 and more prominently Today's FBI in 1981 and 1982.

Other notable series she appeared in were LA Law in 1986 and Highway to Heaven in 1987 before landing her most famous role of Cindy Walsh in the iconic Beverly Hills, 90201 from 1990 until 1998.

Carol Potter ratcheted up an impressive 147 appearances in Beverly Hills, 90201 but she surpassed that number with 207 appearances in the role of Joan Cummings in Sunset Beach between 1997 and 1999.

Carol Potter kept busy as an actress on the small screen up to 2010 before taking a break until resuming her career in 2016 playing Cathy in the short drama Reconcile.

2019 was an especially good year as Carol resurrected her role as Cindy Walsh in Beverly Hills 90201. She was always a well rounded actress and she was good for a one limer so this is my compilation of 10 of the best Carol Potter quotes

The critic Jose Bastidas wrote about her amazing 2019 character resurrection her in Beverly Hills 90201: "The show then brought back Carol as the therapist in charge of the cast's therapy session, a nod to the actress' real-life certification as a therapist"

The critic Andy Swift also spoke of her BH 90201 comeback: "Potter is just one of many fan favorites returning as part of Fox’s new limited series" 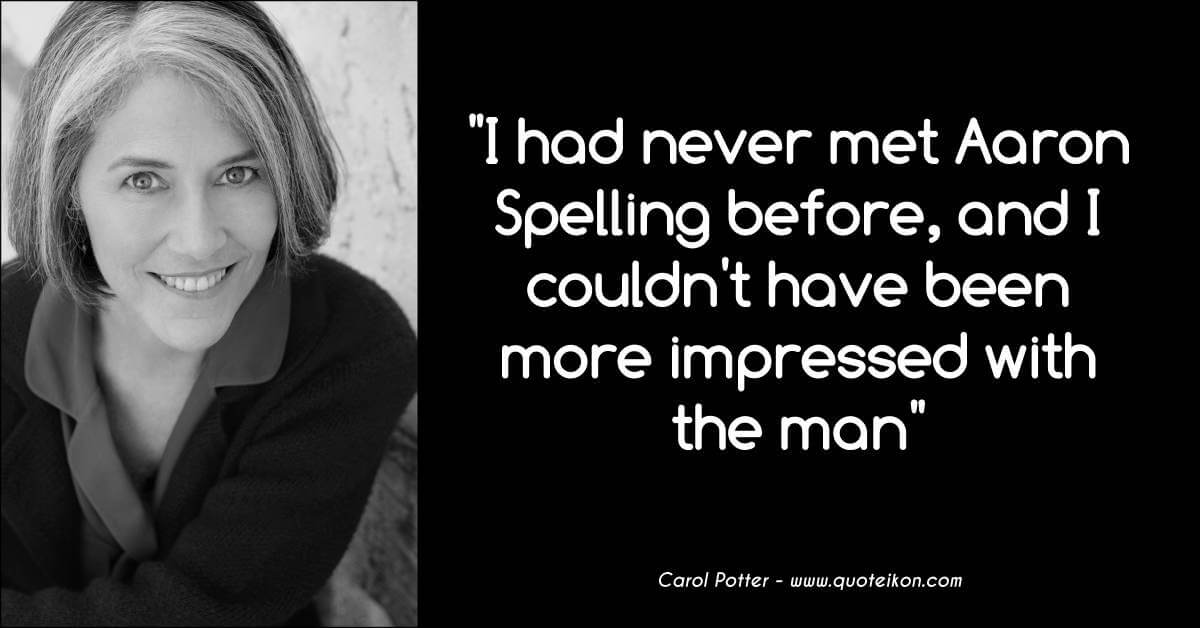