The Watergate scandal that brought down President Nixons administration in 1974 was the worlds introduction to Carl Bernstein as it made him one of the most famous investigative journalists of the twentieth century.

Along with his journalistic partner Bob Woodward they made a doggedly determined team who followed the money trail that led all the way from the Watergate burglars to their pay masters in the Whitehouse. Post Watergate he went onto a glittering journalism career and author of best selling books including a biography of Hilary Clinton.

Indeed, former defence secretary Leon Panetta was quoted as saying about the journalism of both Woodward and Bernstein: "Their basic expertise was in trying to find the truth but we’re in a time when facts are under attack. They’re dealing with a more challenging world where the mere fact of who they are doesn’t carry the kind of respect it once did".

After his Washington Post Watergate scoop Bernstein continued to be a thorn in the side of corrupt governmental practices and even in 2018 his reporting invoked the ire of President Donald Trump who was quoted as saying about Carl Bernstein: "A man who lives in the past and thinks like a degenerate fool, making up story after story, is being laughed at all over the country! Fake News".

It certainly sounds like an agitated president and it makes you think what's he hiding and it caused Bernstein to retort: "I think it's time to recognise that what we are watching in the Trump presidency is worse than Watergate".

Could the Trump administration be this veteran reporters swansong? Either way it makes riveting reading and whilst Carl has always been good for a one liner this is my compilation of 16 of the best Carl Bernstein quotes

The author Jack Engelhard shared an interesting perspective on the Watergate reporter: "So instead of retiring to the countryside as the grand old man of journalism, Bernstein could not resist the allures of trapping and skinning for himself another president, quite a catch that would be, yet a second time, right, nabbing Nixon had been no fluke he could say – but instead down goes Bernstein as a fool whose past glory can now never be recovered"

The executive director of the Center for Western Studies at Augustana University Dr. Harry Thompson gave this assessment of the dynamic duo: "Together and separately in their professional lives, Woodward and Bernstein have subjected every administration since the 1970s to rigorous analysis for the benefit of the American people"

The critic Charlotte Apgood shared this review about his book on Hilary Clinton: "Carl Bernstein obviously has done a prodigious job of research on a woman who has stirred strong emotions among Americans for many years. Despite copious media coverage and intense scrutiny, she has remained somewhat of an enigma"

The Journalist Mary Wilson described Carl Bernstein's 'A Woman in Charge: The Life of Hillary Rodham Clinton', as: "a complete picture of the woman who would be president" 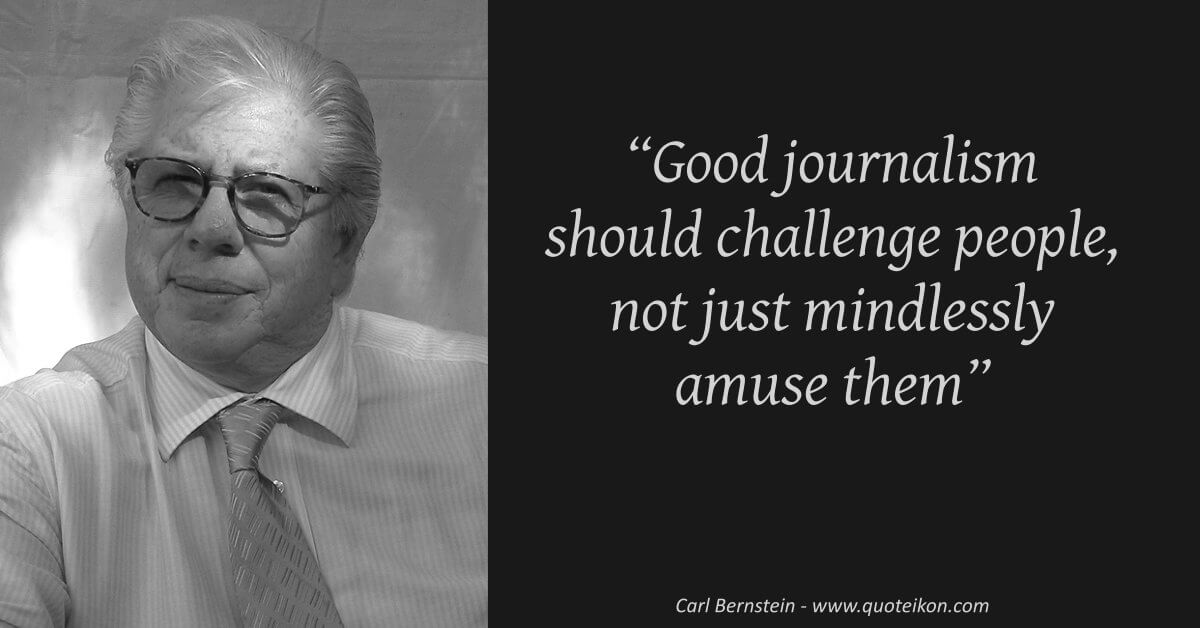