Benito Juárez was the epitome of the Mexican kid done good, born to a peasant family from the indigenous Zapotecs of Mexico he literally worked his way out of poverty and into the forefront of Mexican politics. Having lost both of his parents as a child he was raised by his uncle and he had to venture into the city of Oaxaca to start his education.

Benito had an aptitude for learning and studied to become a lawyer but he could never forget his past and his empathy for the poor of Mexico drove him into a political career. Juárez promoted reforms to benefit the people of Mexico but had to flee to exile from the regime of Santa Anna, however he soon returned and helped to overthrow the dictator and became part of a provisional government under General Juan Álvarez.

Juarez became president in 1858 and was so popular with the people he served for five terms. His presidency was never an easy ride as he had to deal with a civil war and fight off a super power as France tried to colonise Mexico under Maximilian von Habsburg. His period of power was known as La Reforma because his policies weighed on the side of the poor giving them land, freedom to vote and free speech.

He also separated the church from the state and placed the army under the control of the government. History has treated him kindly due to his selfless policies that aimed to share the wealth of the country.

Juarez's influence spread beyond the shores of Mexico as the Italian fascist dictator Benito Mussolini was named after him, he was also good for a one liner so here is my compilation of 12 of the best Benito Juárez quotes

The Columbian Alejo Morales shared this assessment: "Juárez is the upright statesman that makes a clear contrast with one too many traitors and betrayers; the man of good faith that chooses misery and death to shame, because the word "duty" is more flattering to him than the insignia of Great Marshall"

The Mexican consul in the U.S. Luis Cabrera Cuaron looked back with respect: "He is one of Mexico’s most important figures. He was a great statesman and fighter for liberty"

Abraham Lincoln (through the diplomat Matías Romero) sent him this message: "I tender the expression of my sincere wishes for the happiness, prosperity and liberty of yourself, your government, and its people"

In 1858 in Guadalajara the poet Guillermo Prieto jumped in front of Zuloaga's forces and saved Juárez from an assassins bullet when he cried out: "Brave men do not assassinate" 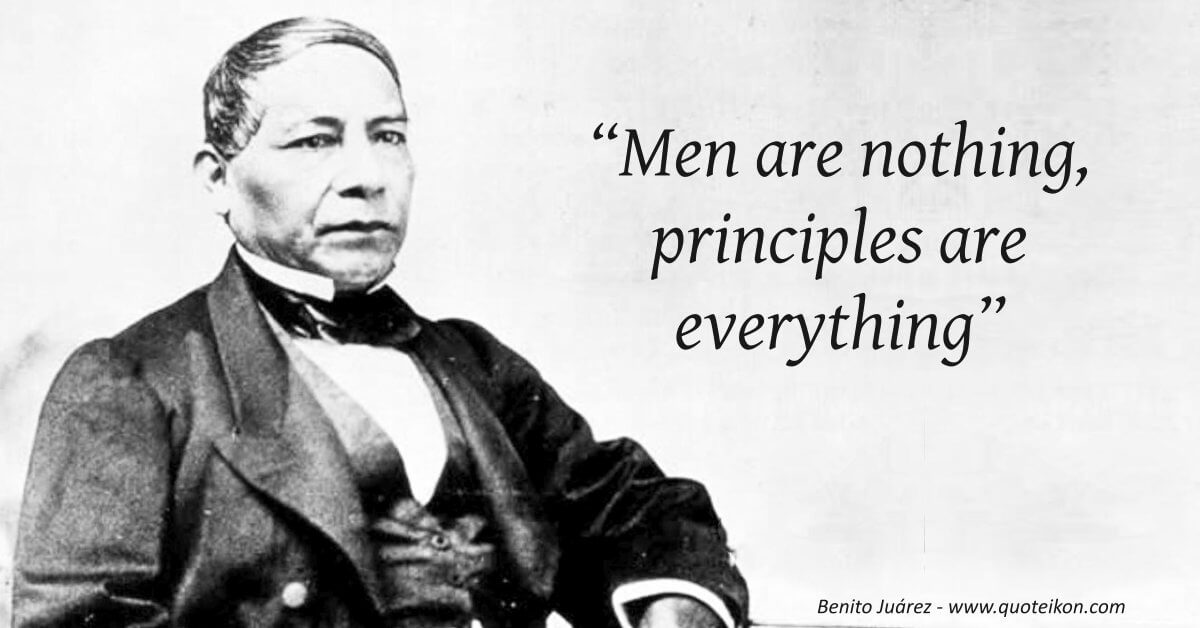