Arthur Balfour was born to a family steeped in political history so after his Eton and Cambridge education was complete it was of little surprise that he were to become a career politician and a stalwart of the conservative party. An eloquent speaker who was as sharp as they come but yet he left behind a political legacy of under achievement that at best could be described as uneventful.

All of which makes the letter he penned in November 1917 seem at odds with his entire career and has forever scarred the second half of the twentieth century and continues to do so to this present day. This was not an innocuous little note that he sent to the banker and his political colleague Lord Rothschild as he was quoted as saying: “His Majesty’s Government views with favour the establishment in Palestine of a national home for the Jewish people, and will use their best endeavours to facilitate the achievement of this object".

This became known as the Balfour Declaration and it paved the way for the state of Israel to be formed in Palestine together with the decades of upheaval that was to follow. During WWI plans were being made and agreed upon such as the Hussein-McMahon correspondence that guaranteed the Arabs independence if they rose up against the Ottoman Empire, which they did, but they had to continue the battle after WWI until 1932 when Saudi Arabia was finally formed. Quite why Arthur chose to send his declaration to Rothschild remains to be seen as he was not the head of the Britain’s Jewish community.

It is far more likely that it was sent to Lionel Walter Rothschild because of his family's influence in the Jewish communities of the U.S. and of course their financial influence. Russia was going through a revolution and was exiting WWI and Britain needed the U.S. to join the war to ensure victory, so his declaration was issued and it had a far reaching influence on the 20th century than I'm sure Arthur Balfour could ever imagine.

Neither was he immune to commenting on other controversial issues as he viewed the 1923 Irish Free State Act with particular disdain as Arthur Balfour was quoted as saying: "The Irish had owed their success to crime. Winston practically admitted it. They had defied British rule, and British rulers had given in to them. How could such a state of things be said to fit in with the scheme of the Empire?" From the pen of famous statements oft comes some great one liners so here is my compilation of 15 of the Arthur Balfour quotes

Prime Minister of United Kingdom (1916–1922) David Lloyd George was impressed to say: "From 1887 up to the end of his Premiership in 1905, he was the most skillful of all the House of Commons speakers of his day, with the exception of Gladstone .... he was a brave man, and a fearless one"

John Buchan, 1st Baron Tweedsmuir Scottish novelist and politician talked glowingly of his elegance: "He could take the hesitating remark of a shy man and discover in it unexpected possibilities, would probe it and expand it until its author felt that he had really made some contribution to human wisdom"

The publishing magnate Lord Beaverbrook summed him up thus: "Asquith described him as a man of “superficial charm”. Others considered that his outstanding quality was his political cunning. He was, in fact, a crafty man"

The historian Eugene L Rasor was inspired to say: "Balfour was credited and much praised from many perspectives with the success [of the 1902 education act]. His commitment to education was fundamental and strong" 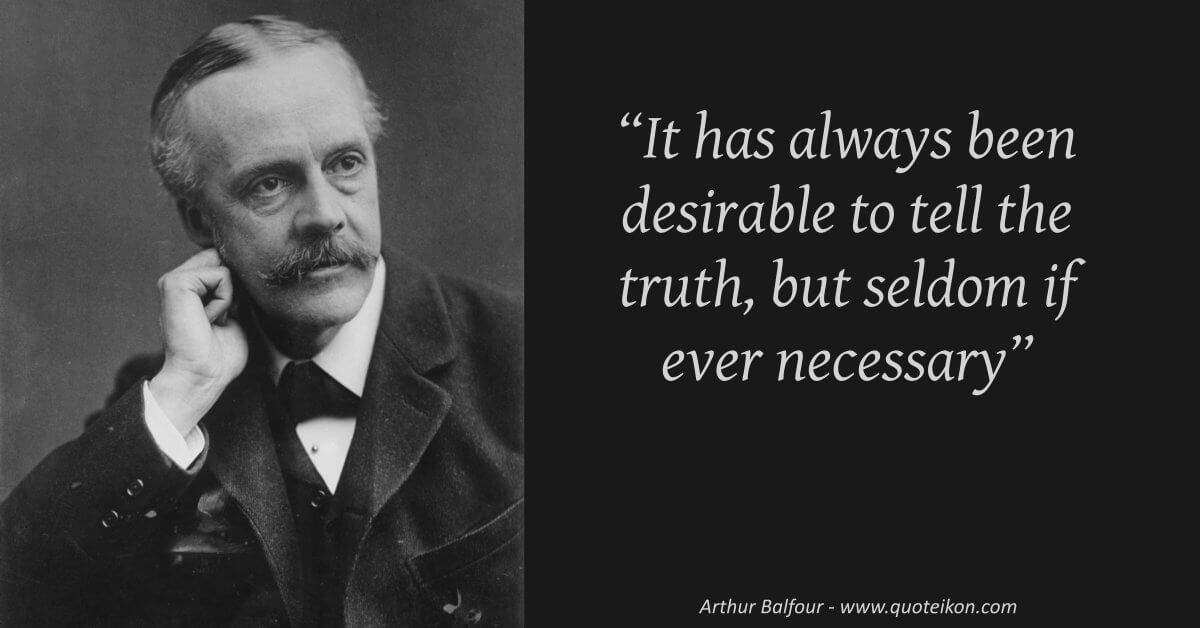