Alcide de Gasperi was a rare breed of a politician who earned the esteem of the Italian people for his selfless life and devotion to duty that saw him suffer from the persecution of the Fascists, spend years in the political wilderness and eventually rise back up to lead his broken nation out of the ashes of the Adolf Hitler inspired WWII. He was a humble man that was raised in the Italian speaking region of Trentino-Alto in the Austro Hungarian empire

His first taste of success in the political arena was in 1911 when he was elected to office to represent Trentino in the Austrian parliament. WWI then erupted and in its aftermath his Trentino region was absorbed into Italy, by 1921 he had his own political party the PPI (Partito Popolare Italiano) and he was elected to parliament. The 1920's saw a surge in Fascism and through Mussolini's blackshirt intimidation the PPI was dissolved and de Gasperi was jailed in 1927.

Throughout this period Gasperi stood firm in critique of the Blackshirt policies whilst many of his erstwhile allies melted in the shadows of his political stance. The Vatican negotiated his release in 1929 and he spent the next 14 years dusting off the books in the Vatican's library. During WWII he clandestinely founded the Christian Democracy party and the seeds were set for them to rule Italian politics for decades to come. Alcide took the reins of Italian power in 1945 and after his resignation in 1953 he was and still is recognised as Italy's longest serving prime minister.

Gasperi had lived through 2 world wars and he was determined not to see another so one of his many lasting legacies was to lay the seeds to bring Europe together and he is widely considered as one of the founding fathers of a united Europe. His former secretary and later Prime Minister Giulio Andreotti was quoted as saying this of him: "De Gasperi was against exacerbating conflict. He taught us to search for compromise, to mediate".

Post WWII, Gasperi made a good impression on future U.S. president Richard Nixon: "When I returned to the U.S. and, along with my colleagues, reported to the congress, I was confident of the future of Italy because, first, I had seen a great Italian leader"

The journalist Indro Montanelli saw his patriotic side: "He was an Italian! And he was right. De Gasperi was ours"

Carlo Casini Italian MEP described his legacy: "His memory must not only be a celebration, but must guide our future action. In Italy, he is remembered as the President of the reconstruction"

The politician Amintore Fanfani was impressed to say: "He was one of the very few men from whom I never heard a disrespectful judgment towards anyone" 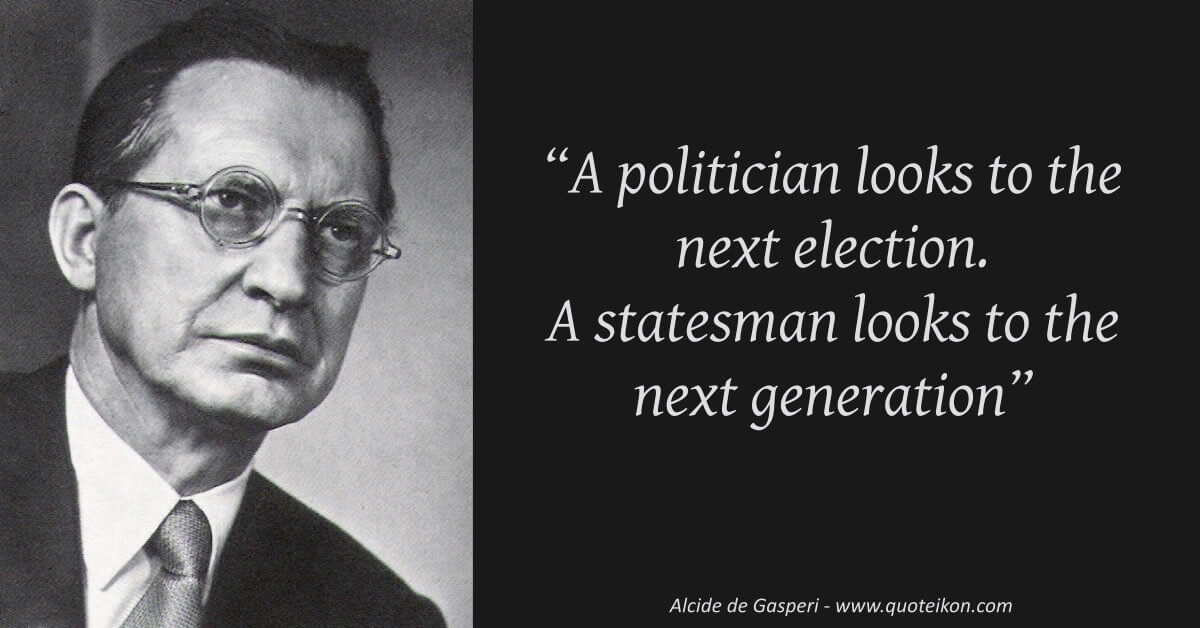